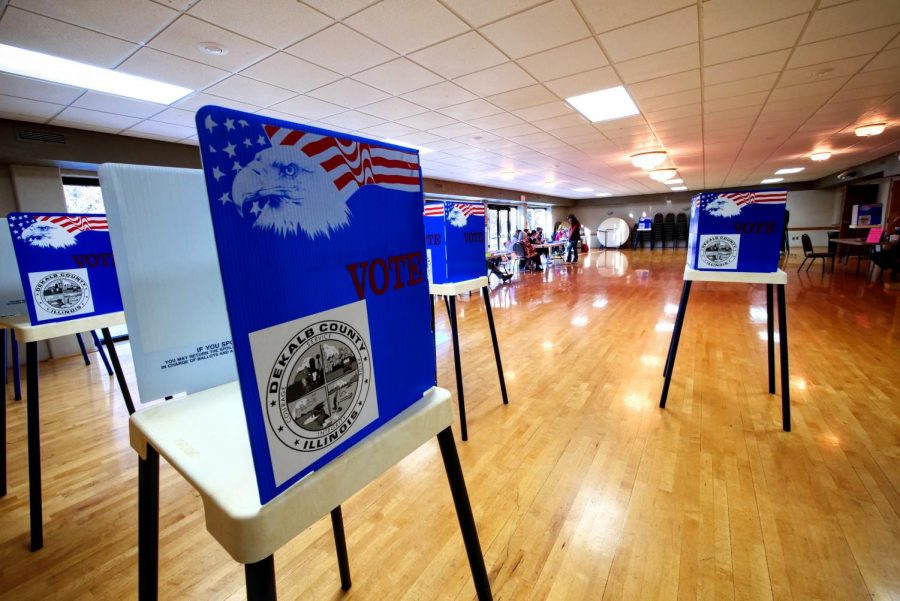 According to a study by the Center for Information and Research on Civic Learning and Engagement, the number of young voters has increased in recent years.

The Center for Information and Research on Civic Learning and Engagement estimates that 50% of 18-29 year olds voted in the 2020 presidential election, an increase of 11 points from the 39% who voted in the 2016 election.

Mark Schuller, associate professor of anthropology at NIU, said the importance of the student vote cannot be understated.

“We teachers can talk about it (encouraging younger generations to vote) until tomorrow, but people have to own the issue,” Schuller said.

Mary Horn, a young political science student, said she plans to vote in the next few semesters and will serve as an election judge in Aurora, her hometown.

“It’s certainly important to run in the midterm elections as well, because voter turnout in any group is lower than in presidential elections,” Horn said.

Horn encouraged young voters who feel their vote doesn’t matter to get out and vote due to the proximity of the last election.

“If we want changes, we’re going to have to go out and do it,” Horn said. “We can’t trust older generations to think of us.”

Horn said anyone’s vote really can make a big difference. She mentioned how the 2020 presidential election was decided by a narrow margin. In a local election where fewer people are voting, each vote can make an even bigger difference.

“Everyone has a different issue that’s close to their hearts right now,” Horn said. “A lot of really big issues are on the midterm ballot. After Roe v Wade, inflation and more.

She said that because there are so many important questions on the ballot, everyone should be able to find a reason to go vote.

Matthew Evans, an IT specialist, said due to his exposure to various campaign advertisements he might or might not vote.

“A lot of times politicians show that they are extremely selfish and corrupt and only there for themselves,” Evans said. He said students should be offered incentives that reward them for voting. Evans also said politicians should try harder to be aware of what the student body thinks.

“People who really care about change and are very active in the political climate will vote and voice their opinions in politics while others just don’t care because they think it doesn’t affect them,” Evans said.

Schuller said he believed students should encourage and excite other students to want to vote. He said the teachers can’t help much.

“The most important reason students should vote is student debt and the rising cost of higher education,” Schuller said. “Young people should vote to show political strength, to ensure that young people’s priorities are taken into account when elected officials make decisions about which programs to support or cut.”