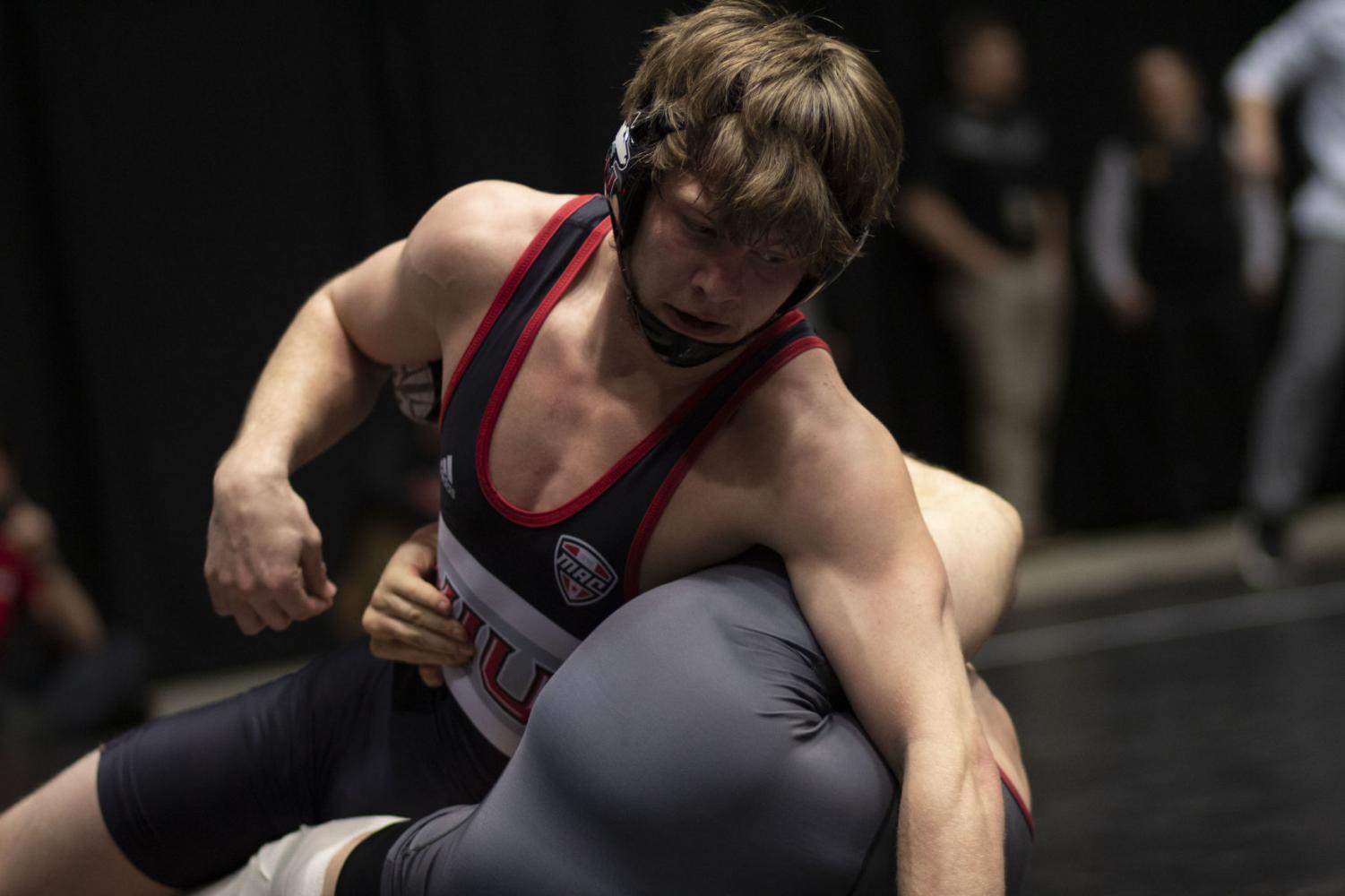 Then-redshirt second student Brit Wilson wrestles with his opponent on March 7, 2021 during his semifinal match at the 2020 MAC Wrestling Championships at the NIU Convocation Center.

After a decisive victory by Wilson, Olejnik pinned junior Aaron Taylor in a dominating victory for the Huskies, beating Harper College 42-6.

The Huskies return to action on December 29 when they take part in a two-day event, the prestigious Midlands Championships at Hoffman Estates.