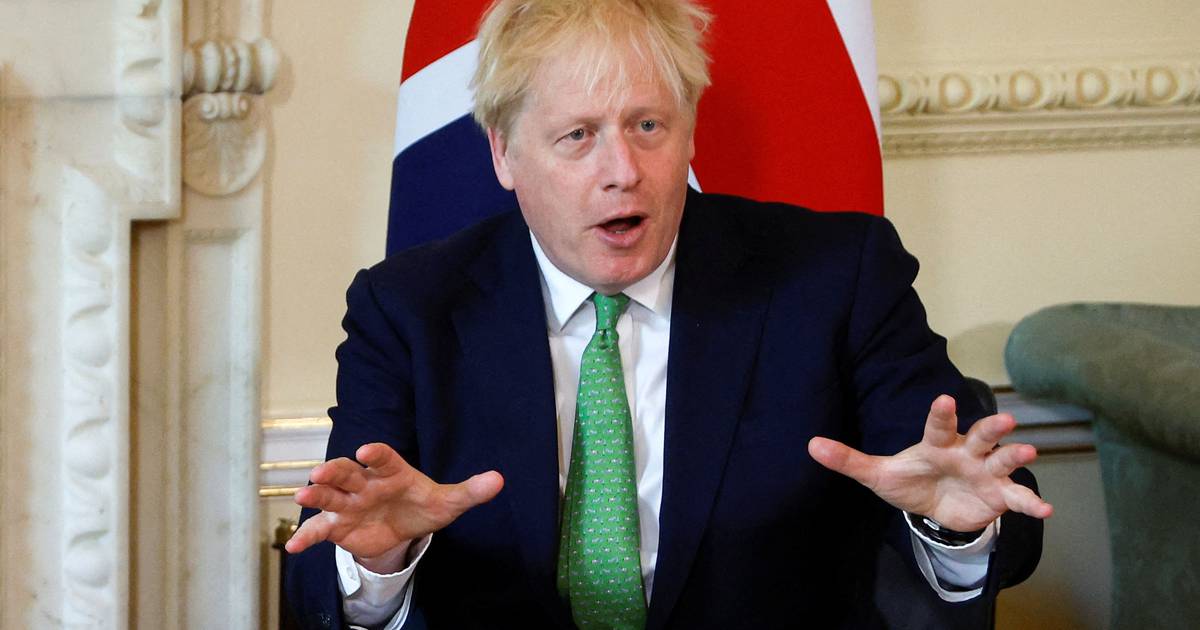 It wasn’t celebrated much, but this year marks the 50th anniversary of the suspension of the Northern Ireland Parliament.

On March 30, 1972, as the violence of the Troubles spiraled out of control, British Prime Minister Edward Heath decided to end decades of devolved government and impose direct government from Westminster.

Last week the House of Commons debated the Northern Ireland Protocol Bill. Like Direct Rule, in a way, it’s another gamble by London politicians to bring harmony to Northern Ireland; also as the direct ruler, he would cause great anger in some quarters and was criticized as authoritarian and autocratic. It’s a common theme in Irish history that some things never change.

The stakes are high. Foreign Secretary Simon Coveney is “deeply disappointed” with the UK government’s actions on the PIN, and relations between London and Dublin are believed to be at a generational low.

While Northern Ireland’s Unionist parties welcome the repudiation of the NIP, the Assembly’s largest party, Sinn Féin, is eagerly awaiting the appointment of a president so an executive can begin to form.

It is popular to blame Boris Johnson’s erratic politics for the antagonism. Certainly, the Prime Minister is not fussy about constitutional details, nor is he kept awake at night by the specter of violated international norms.

But it speaks to a deeper malaise, a systemic and long-standing inability of successive Westminster governments to get under the skin of either community in Northern Ireland, or to grasp the fast-moving nature Anglo-Irish relations.

It was the brilliant but talkative Reginald Maudling, then Home Secretary, who summed up London’s view of Northern Ireland that persists to this day. Visiting the province in 1970, he said to an aide as he left, “For God’s sake, bring me a big Scotch. What an awful bloody country”. Westminster politicians have been taught not to say it out loud, but suspicions persist that it remains unsaid.

The real problem is that Northern Ireland has, for the past 50 years, been largely relegated by most of Whitehall to a box marked ‘Too difficult’.

Brave or unlucky politicians have now and again put on the protective gear and tackled the issue: Whitelaw, Prior, Mayhew, Mowlam, Mandelson. Yes, John Major and Tony Blair really got their hands dirty and forged the Belfast/Good Friday deal, but for many ministers in the Northern Ireland office it was just about keeping order and to reduce noise to a minimum.

An overlooked consequence of direct rule in 1972 was that the official Unionist Party stopped taking the Conservative Whip at Westminster.

Previously, the 12 MPs representing Northern Ireland were largely Unionist and had operated within the Conservative parliamentary group. On occasion they had held positions in government: Robin Chichester-Clark had been Chief Whip, while Knox Cunningham was Parliamentary Private Secretary to Harold Macmillan. When they became a separate party, they were more easily dismissed as ‘others’.

Nor have Ulster men or women tended to make their way into mainstream British politics. Antrim-born Kate Hoey was a longtime Labor MP, while Brian Mawhinney, from Belfast, served in John Major’s cabinet. Overall, however, Northern Ireland was left to its own people, below the top level of government.

The English, Welsh and Scottish politicians who have settled in Hillsborough Castle over the years haven’t always been shining stars either.

Jim Prior was appointed Secretary for Northern Ireland as a dismal ending to a once-promising career; Theresa Villiers also found the exit indicated by Northern Ireland; while Karen Bradley admitted she didn’t realize people were voting along bigoted lines.

It should therefore come as no surprise that successive British governments come to power with a thin veneer of understanding of Ireland. They have no significant party base in Northern Ireland, few will have visited the North or the South, and only a handful will have any sense of the deep religious divisions in Northern Irish society. Stuttering devolution almost made matters worse; the problem always seems to be on the way to being solved.

If the United Kingdom and the United States are countries divided by a common language, the situation is even more dramatic on the other side of the Irish Sea. We are so close and share so much: but a little learning would go a long way, at least in London