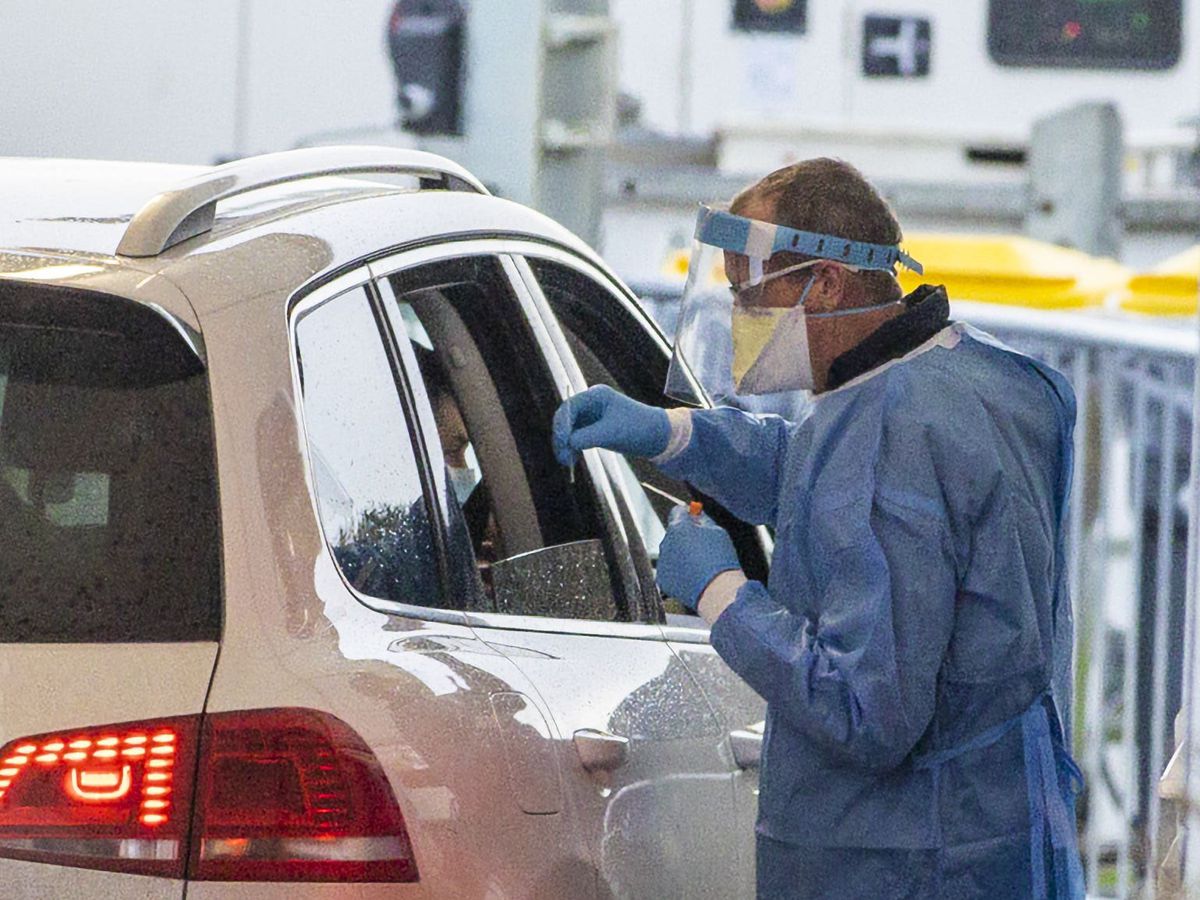 It is likely that up to one in 10 people in parts of Northern Ireland will have had Covid-19 over the holiday season, the region’s chief science adviser has said.

Professor Ian Young said one in 20 has tested positive in some areas, but with limits on PCR testing, it’s likely the actual figure was as high as one in 10 last week.

The figures, which cover from midnight on December 30 to midnight on January 3, also reported 30,423 new cases over four days.

Professor Young told the PA News Agency that the virus is being transmitted at “extraordinarily high levels in the community” – higher than at any previous stage of the epidemic.

“Omicron is very, very transmissible compared to other forms of viruses, so what we’re seeing is a very rapid rise to a peak and then hopefully an equally rapid drop after that,” he said. -he declares.

“I don’t think we’re at the top yet in terms of the number of cases, but since we only have 20,000 tests a day at our disposal, approximately, in terms of PCR, it will increasingly be the case. the numbers we are measuring are not all of those in the community who have the virus.

“I don’t think we will see the numbers increase much more than they currently are, but the virus will probably continue to rise for one to two weeks.”

Stormont’s executive is scheduled to meet on Thursday to hear the latest updates on the pandemic.

Professor Young said any decision on further restrictions was up to ministers, but any intervention at this point in the Omicron wave would be less likely to be effective.

Professor Young said he expects the peak of Omicron’s surge to be in early to mid-January.

In terms of hospital admissions and occupancy, he said he expects a peak between mid-January and the end of January.

He said any restriction “will always have an impact in terms of slowing or reducing the rate of transmission,” but would take around two weeks to affect the number of cases and longer for the number of hospitals.

“Considering the speed of this wave, the intervention would have less effect now than it would have done before,” he said.

The occupancy rate of hospitals has been estimated at 105%.

As of Tuesday morning, there were 348 hospitalized patients positive for Covid, including 31 in intensive care.

Professor Young called the pressures in hospitals “severe” and said the further expected increase in admissions would complicate matters.

He encouraged the public to get vaccinated and follow public health advice.

“Reminders are the most effective way to protect people from serious illnesses that lead to hospitalization. It is still possible to be infected with the virus even after a booster, but it is much less likely that you will need to be hospitalized and it is becoming more and more clear, ”he said.

He also urged to follow advice such as those with symptoms that do not mix with other people, meeting outdoors if possible or in well-ventilated indoor environments, wearing face covers and using body tests. lateral flow, especially before mixing with others.

Professor Young said the Delta variant is still circulating in the community, but the numbers are steadily declining.

“It is effectively outmatched by Omicron and as a result Delta is fading away, probably faster than it would have been if we hadn’t had the Omicron form of the virus,” he said.

“We have known for some time that Omicron is significantly less severe than Delta in terms of disease – estimates were initially between 20% and 80% less severe.

“We still need more information on this, but it increasingly appears to be more likely to be nearing the 50% to 80% end of gravity rather than 20 to 50%. … So this is good news and should help protect our hospitals. against very large numbers, although admissions are increasing, hospital attendance is increasing … and this is still going to be a very significant wave in terms of hospital pressure, especially when combined with the number of staff who may be absent due to infection. “