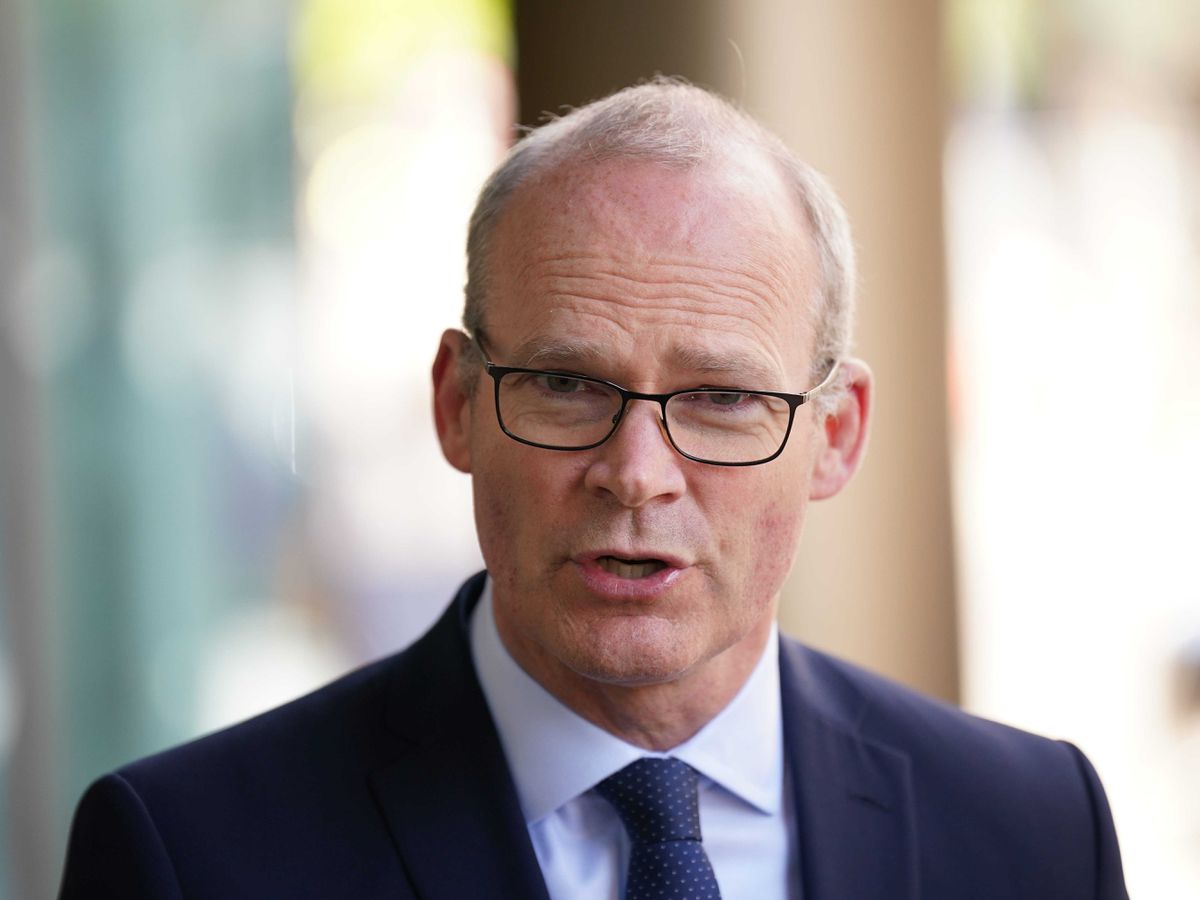 Divisions within the Conservative Party must not dictate Britain’s approach to the Northern Ireland Protocol negotiations, the Irish foreign secretary has said.

Simon Coveney has warned that divisions within the Conservative Party could not impact negotiations between the UK and the EU over post-Brexit arrangements for the region.

Tory MPs voted 211 to 148 in favor of Prime Minister Boris Johnson on Monday.

It comes amid a standoff between the UK and EU over the Northern Ireland Protocol, an agreement designed to avoid a border on the island of Ireland and which instead created new controls on the trade between Great Britain and Northern Ireland.

Foreign Secretary Liz Truss has said the UK intends to legislate to override parts of the Northern Ireland deal.

Opposition to this deal saw the DUP block efforts to restore power sharing in the region.

Mr Coveney said on Tuesday: ‘If these divisions within the Conservative Party have an impact on Ireland, because the Prime Minister or the UK government decides in order to maintain support within the party they have to take a line tougher on Brexit or the Northern Protocol of Ireland, well, obviously the divisions within the Conservative Party and the UK government have an impact on Ireland.

“And of course, that’s where we have a concern.”

He told RTE radio: “So whoever the UK Prime Minister is, we will work with them, of course, but what we don’t want is Ireland to be part of a strategy to maintain support within the Conservative Party amid its toughening stance on the Northern Ireland protocol.

“The position of the Irish government is very clear on this.

“We believe we can address these issues.

Mr Coveney said the EU wanted “serious” negotiations and was willing to compromise and show flexibility.

He said he hoped legislation planned to overturn parts of the Northern Ireland Protocol would not become the ‘price’ of the Conservative Party’s support for Mr Johnson.

The Foreign Secretary argued that the UK government had failed to show the ‘seriousness’ needed to reach an agreement on post-Brexit arrangements for Northern Ireland.

He said the UK government was “rather threatening to publish legislation this week that would effectively use UK domestic law to breach international law by nullifying elements of their treaty obligations”.

“It would be a big political mistake, I think, because I think it will cause a lot more problems than it will solve.

“I certainly hope that’s not the price to pay for the British Prime Minister to maintain majority support within his own party.”

Speaking during a visit to Strasbourg on Tuesday, Taoiseach Micheal Martin urged the UK government not to act unilaterally on the protocol.

He said: “Europe will respond calmly and firmly to any decisions taken by the UK Government and any legislation published and enacted.

“I am very clear that unilateralism will not work.

He added: “I don’t want to get involved in any form with what’s going on in British domestic politics; as far as I am concerned, I deal with the British Prime Minister and I have constantly called on him to dialogue with the European Union.

“I feel like people want a bit of stability and I think the first thing we could do collectively, Europe, the UK and Ireland as members of the EU, is to do what is sensible and pragmatic Enter into negotiations and resolve protocol issues.

2022-06-07
Previous Post: Schapiro: A payday loan battle that started in Virginia with a whimper, ended with a bang | Columnists
Next Post: Northern Ireland Protocol Bill amounts to ‘agitator legislation’ – Beattie