TOM UTLEY: You can’t put a price on the love of a pet … that’s why greedy insurers have us necklaces


How much, in terms of hard cash, do you love your pet? It’s a blunt question to ask, I understand, and most of us would answer without hesitation for a moment that it’s impossible to put a price on love, even when the object of our affection happens to be a stupid animal.

Make this animal a very dumb animal in the case of our beloved (but frankly silly) Jack Russell / Dachshund crossbreed, Minnie.

But let me put it another way. If you were told that a rescue operation for your dog or cat would cost you £ 500, would you spit?

How much, in terms of hard cash, do you love your pet? 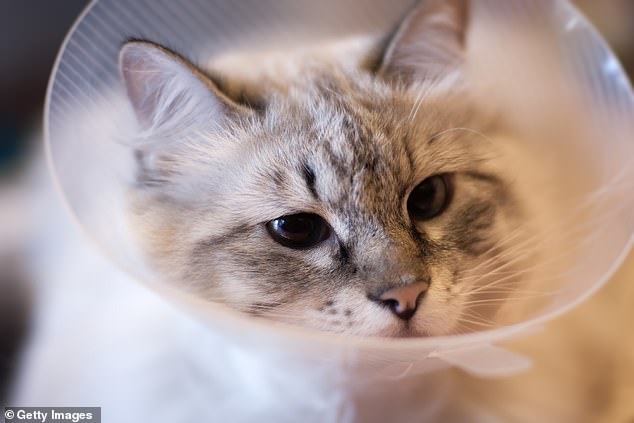 If you were told that a rescue operation for your dog or cat would cost you £ 500, would you spit?

Unless you’re so rich that money doesn’t mean much to you, when would you say with a heavy heart, “As much as I adore Rex (or Tibbles), I’m not ready to do it?” the financial sacrifice necessary to keep the poor creature alive and well?

It’s a dilemma that reminds me of George Bernard Shaw’s much-quoted conversation with an actress (although like many stories like this about Shaw and other assorted spirits, it might just be apocryphal).

GBS: “Would you like to sleep with me, ma’am, for a million pounds?”

Actress (flirtatiously): “Well, I would definitely think about it, Mr. Shaw. “

GBS: “Would you like to sleep with me for a pound?”

Actress: ‘Certainly not! What the hell do you take me for?

GBS: “We have already established that, ma’am. Now we’re just haggling over the price.

If you understand what I mean, you will see that most of us pet owners, no matter how obsessed we are, would probably put a price on our love for our four legged friends if we were forced to make a choice between a terribly expensive vet procedure and a lethal injection that would cost no more than a few pounds.

What is certainly true, however, is that the average amount that we Brits are willing to put on our feelings for our pets is remarkably high. Indeed, it is because we hate to give a monetary value to our love that we are willing to pay so much for it.

It’s a fact that has not escaped the notice of six voracious corporate giants – including three private equity firms – who were revealed by the Mail last week for sucking up more than half of the veterinary practices of the UK, killing competition and driving up prices. for treatment.

Be careful, pet insurance companies don’t complain. They know better than anyone that there are rich harvests to be harvested in a nation of animal lovers like me – and the higher the vets’ fees, of course, the higher the premiums they can charge (with a little more and more, just for them). If you ask me, vets and insurers are in cahoots.

I happen to have put a lot of thought into vet fees and insurance premiums since Minnie’s renewal papers from Petplan came in the other day.

When we adopted her two years ago, as an irresistible five month old puppy who had been picked up from the streets without a chip or tag, Battersea Cats & Dogs Home warned us that we might have a hard time getting insurance. complete for her.

It was because she had been desperately ill with canine parvovirus – an insect affecting the digestive system, which can be fatal for very young dogs.

In the opinion of the vet we spoke to in Battersea, the reluctance of insurance companies to cover any illness that could possibly be related to parvo was dead wrong.

The house had brought Minnie back to full health, we were told, and she was probably now immune to the virus – much less likely to catch it, anyway, than dogs who had never caught it.

But, of course, Petplan refused to cover up any digestive ailments that might be remotely related to the parvo, and I accepted that with a shrug.

The £ 207.96 premium for all other ailments didn’t seem that high, after all – and in the unlikely event that Minnie suffered a recurrence of the parvo, well, I’d be happy to pay for her treatment myself.

In that first year she was with us, I made no claims on the policy – although that didn’t stop Petplan from increasing my premium to £ 235.23 just 12 months later, or more seven times the inflation rate in 2019.

But then, last year, Minnie started scratching and biting her fur all the time. So I took her to the vet, fondly imagining that her insurance would cover any treatment she might need.

Not so. Although the cost of his treatment was £ 345.23, Petplan ultimately agreed to contribute just £ 182.73, telling me that many products prescribed by the vet were not covered. I would have to fork over the remaining £ 162.50. The company, like the vet, was up to the task. 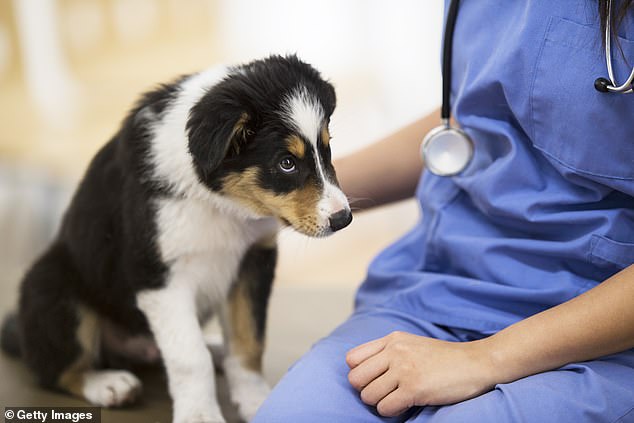 What is certainly true, however, is that the average amount that we Brits are willing to put on our feelings for our pets is remarkably high. Indeed, it is because we hate to give a monetary value to our love that we are willing to pay so dear for it.

This all brings me to a few weeks ago, when Minnie’s renewal papers informed me that my premium for the next 12 months had increased to £ 267.58, after a year in which the rate of inflation had been 1.5%.

But it was not so much the rise in prices that surprised me. After all, we’re used to insurance companies raising their premiums, year after year, to punish the loyalty of people like me who are too lazy – or too technologically incompetent – to seek out the best deals available to them. customers who change.

No, what shocked me was the growing list of conditions that are no longer covered by my policy.

So there we have it. If Minnie has future problems with her ears, mouth, teeth, tongue, stomach, skin, or “any pre-existing condition”, she will not be covered.

I’m starting to wonder what this leaves for my £ 267.58 a year – and is rapidly increasing.

I was going to suggest that the company might be willing to foot the bill (minus the first £ 160, of course, for vets’ fees and ‘additional treatments’), if she were struck in the face by lightning or had its tail crushed by a falling rhino.

But I bet if I could bother to read the fine print in its policy, I would find that those eventualities aren’t covered either.

Wouldn’t it have saved Petplan’s attorneys a lot of ink if they had written a policy that simply said, “Your pet is covered for everything except if they have an accident or become ill”?

I hope with all my heart that I will never have to put a price on my love for Minnie. She might be silly – and utterly exhausting, with her boundless energy and insatiable demands for attention – but she kept me going during the lockdown. And I flatter myself that she loves me almost as much as I love her for her.

I don’t want to take it out on Petplan, who is by no means the worst offender in a sea full of sharks.

But if unscrupulous veterinarian owners continue to profit from their dominance in the market – and insurers keep playing with them, pushing us to the limit of what we’re willing to pay – I can only see tears coming. .

The rebound in attendance has started – ...