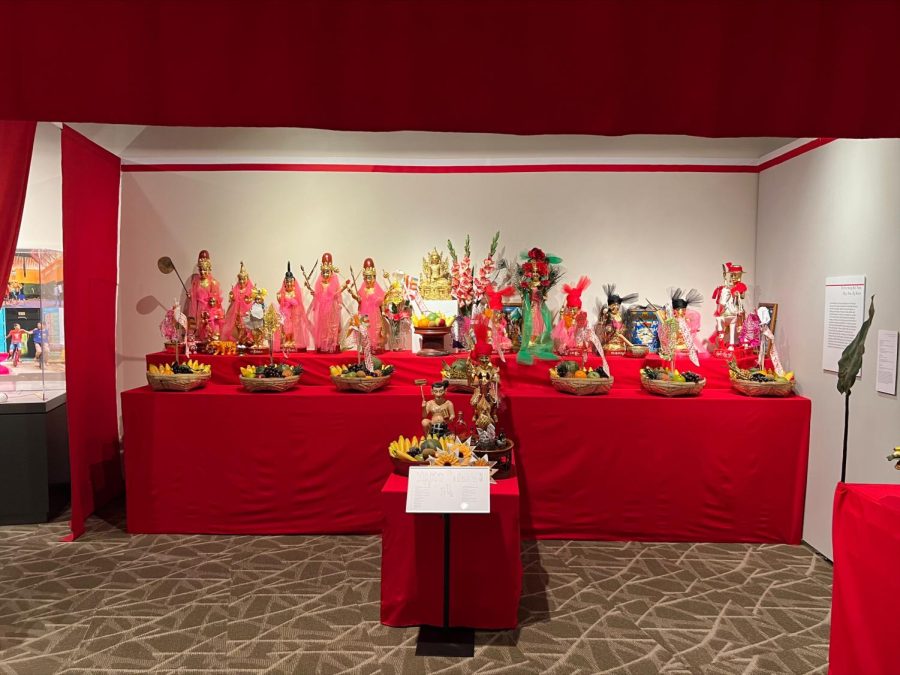 The Pick Museum of Anthropology opens an exhibition – Northern Star

Collaboration, harmony and revitalization are the principles that define “Radical Verses of Hmong Revitalization” by Tou SaiK Lee.

On September 8, NIU’s Pick Museum of Anthropology, in partnership with the Center for Southeast Asian Studies, opened its Performing of Southeast Asia exhibit with Lee’s presentation of this work.

Lee is a hip-hop artist and spoken word poet born in a Hmong refugee camp in Thailand and raised in the Frogtown neighborhood of St. Paul, Minnesota. He is known for founding the group Street Stops and Mountain Tops, which connects and teaches American artists and organizers to work with Hmong students in villages and orphanages in Southeast Asia, said Dr Micah Morton, professor of anthropology at NIU who introduced Lee.

Lee discussed the collaborations he did with his late grandmother. The idea was to combine ancient oral traditions with modern hip hop to create a beautiful harmony. He then shared documentary-style clips of their work together and his previous experiences. The goal is to promote the revitalization, or revival, of the Hmong language through song and poetry.

He told how he started working with his grandmother. “She said, ‘Tou, I don’t know what you said in English, but it seems like what you do is like what I do. “,…I never felt like I could understand until that moment Grandma said those words tome. It might be a continuation of an oral tradition, what I do in the word can honor what she does with Kwv Txhiaj.

Through the wisdom of the elders, he swears to learn the customs of his people, help teach and educate the next generation, and enrich and keep the culture alive.

Lee also performed a few different spoken word pieces. These powerful pieces were charged with his life experiences and the hardships he and his people endured. He also engaged the audience by clapping and repeating the Hmong phrase “ntiaj teb koom tes,” which translates in English to “unified worldwide.” It is also the title of his first album in the Hmong language.

He then shared an excerpt from his book, “My Grandma can Freestyle: Intergenerational Origins,” a touching memoir of his grandmother and her life experiences, which was well received by the public.

This performance was perfectly in line with the spirit of the exhibition and the missions of the Department of Anthropology, the Pick Museum and the Center for Southeast Asian Studies at NIU.

According to CSEAS Outreach Coordinator and Undergraduate Advisor Rachael Skog, Lee’s performance was a perfect fit with the ideas and goals of the exhibit. The thought process was to promote student involvement and collaborations and show the power of performance, with a focus on Southeast Asian countries and Asian Americans.

Collaboration and teamwork were essential in the planning and execution of this exhibition and the hard work of everyone involved is evident. This exhibit will be open until May 13, 2023. The Pick Museum of Anthropology is open 10 a.m. to 4 p.m., Tuesday through Friday, in Cole Hall 114.