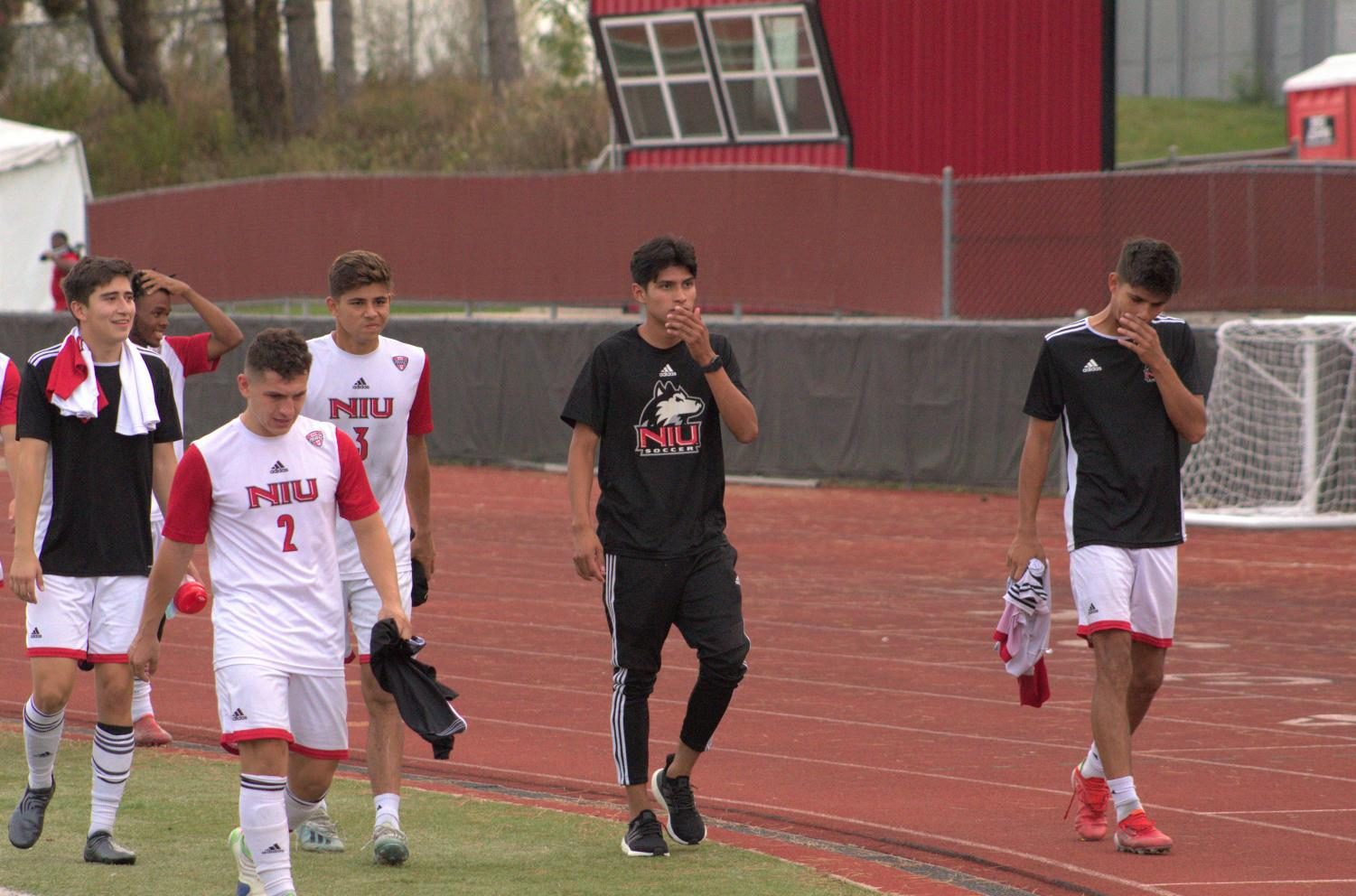 The Markanich twins push each other to greatness

As time ticked away in the first half, Anthony Markanich opened up in space and found a familiar sight on the pitch. His brother Nick Markanich was deep in enemy territory and had a chance to score.

Anthony curled his leg and passed the ball where he knew only Nick could find it. As the bullet hit Nick, his eyes lit up. He dribbled around the defender and kicked the ball into the net to give NIU a 3-0 lead against Green Bay. The tandem is used to these scenarios.

For senior forward Nick and senior defenseman Anthony Markanich, life has always been about two things: soccer and each other.

Playing since the age of five, the Markanich brothers have always been together on and off the pitch.

The same followed in high school as they were both part of the Bradley-Bourbonnais high school football club where they took third place in the 2017 state championships.

Nick finished his senior season with 52 goals and nine assists. Anthony has totaled 40 goals and 14 assists.

The college decision was vital for the brothers as they knew family was more important to them than splitting up for football.

“We always knew we were going to stick together going to college,” Nick said. “NIU was a good choice because we are close to home so our family can come to every game.”

When Nick and Anthony arrived at NIU, the two wasted no time contributing to the team. Nick was named the 2018 MAC Rookie of the Year and Anthony was named to the All-MAC Second Team.

Despite all their accolades and glory, both brothers still remember their first dynamic moment that led to a score for the Huskies.

“Our first year, we had our first little combination to face Green Bay,” Nick said. “That was the second goal of my college career, and it was good to pass between us to find that open space.”

Over the years, goals and assists have become more routine. The Markanich twins were named to the All-MAC First Team in 2019.

Nick finished the year ranked fourth in goals with eight and Anthony was seventh in assists with five.

In the spring of 2021, Nick and Anthony again earned All-MAC First Team honors, with Nick also earning MAC Player of the Year.

Nick finished that season with nine goals, the most in the MAC. Anthony had three goals and three assists for the Huskies.

“Coach (Ryan Swan) trusts me to run errands on the pitch, and he knows I will come back to defend,” Anthony said. “I think helping in attack helps a lot with the team, and I try to get as many assists as possible.”

“I think when you watch them on the pitch and in training, you see their personality and their competitive attitudes towards the game,” Swan said. “It’s huge for us.”

Swan also remembers the quality of the brothers’ natural skills.

“Having someone like Nick, who’s been on fire this year and scored pretty much every game, makes a huge difference,” Swan said. “Your opponent always has to find a way to score against you when you know you’re going up the board. Anthony has also contributed with some good goals and assists this year.

Although they are focused on the importance of the game, the brothers know that it is also about having fun.

“With this team, it’s a lot of fun on the pitch,” Anthony said. “All the guys always have fun when we play the game we love.”

As their college career draws to a close, Nick and Anthony Markanich say they’ve loved every minute of their time here and look forward to playing professionally.