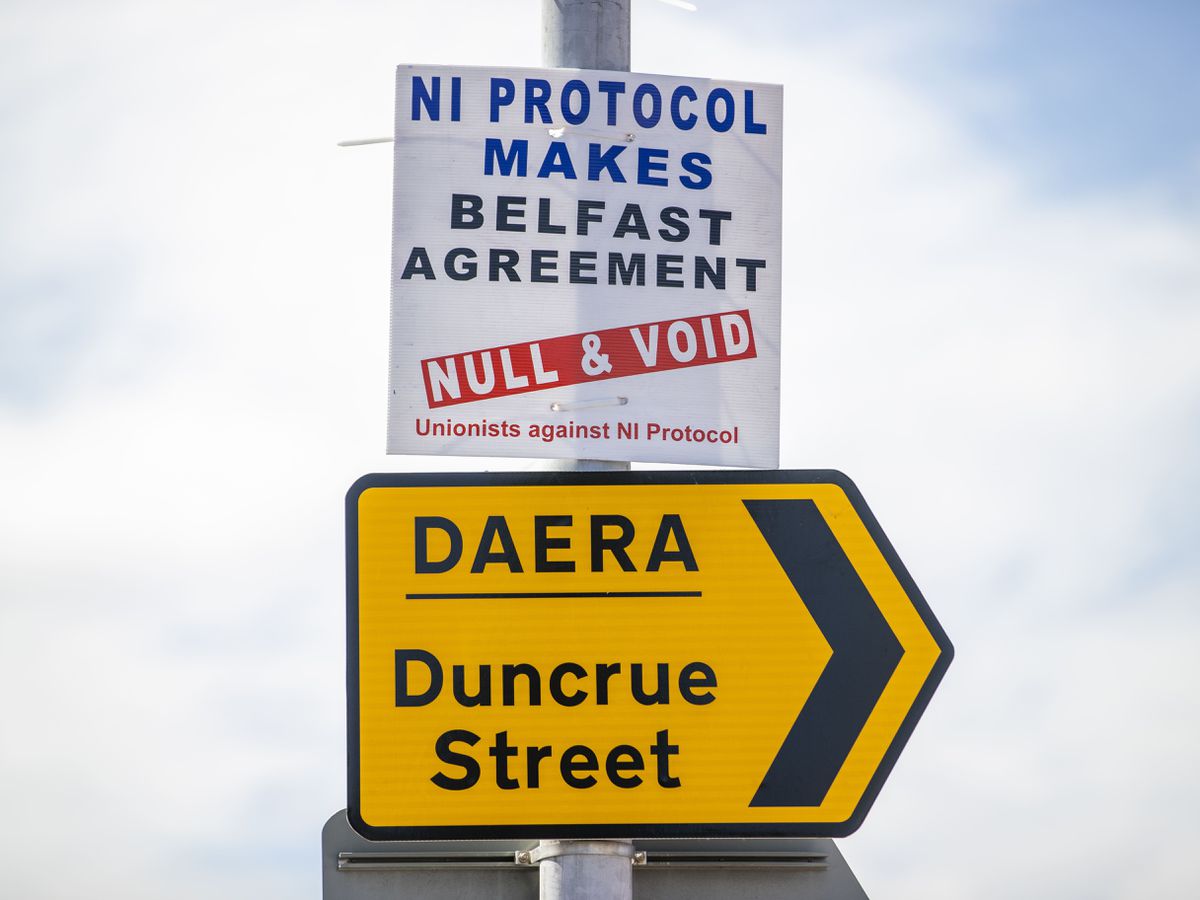 The main issues of the election campaign in Northern Ireland

The Northern Ireland protocol, the possibility of a border ballot, the cost of living crisis and the future of Stormont’s power-sharing executive were among the key campaign issues in North Ireland.

DUP leader Sir Jeffrey Donaldson has repeatedly said the post-Brexit protocol has cast a shadow over Northern Irish politics and has been at the heart of debates throughout the campaign.

Sir Jeffrey’s party quit the power-sharing executive earlier this year in protest at new trade deals which unionists see as an Irish Sea border and he has vowed not to re-enter government until his concerns will not be resolved.

Nationalist parties and the Cross-Community Alliance Party have downplayed the importance of the protocol as an electoral issue, saying voters on the doorstep are more concerned with bread-and-butter issues.

They said the protocol was a result of Brexit and was introduced to mitigate some of its impacts. They claimed that issues with the protocol would be resolved between the UK government and the EU, and that is no reason to bring down the Stormont executive.

The possibility of a referendum on Irish unity has become a campaign issue.

However, it was the DUP union that put him at the top of the agenda, repeatedly saying that Sinn Fein would use any election victory as a mandate to ask the Secretary of State to set a date for a poll in the border.

Sinn Fein Vice President Michelle O’Neill, while acknowledging her party’s desire for a united Ireland, has sought to downplay the problem in the short term, instead focusing on issues such as the cost crisis of life, economy and health. service waiting lists.

Other parties have accused the DUP of trying to scare people into voting for them by claiming they are the only party that can prevent Sinn Fein from winning the poll.

– The future of the Stormont executive

This position could be maintained after the election, as the DUP insisted that its concerns about Northern Ireland’s place in the UK’s internal market be taken into account before agreeing to form an executive.

Sinn Fein, SDLP and the Alliance Party have all called for the formation of an executive immediately after the elections are completed.

Ulster Unionist leader Doug Beattie said he wanted to see a period of intensive negotiations over a government program before agreeing to join an executive.

All major parties have pledged to take action to tackle the cost of living crisis.

Soaring fuel and food prices have affected most families in Northern Ireland and have become a recurring issue during election campaigns.

Sinn Fein, SDLP, Alliance Party and UUP have said Stormont currently has £300m which could be used for short-term measures to tackle soaring prices, but they cannot be spent because there is no executive power.

The DUP has disputed this and says the money can be spent by ministers without an executive.

All parties have called on the government in Westminster to do more to alleviate the suffering caused by the cost of living crisis.

Northern Ireland currently has the longest hospital waiting lists in the UK and emergency services, GPs and ambulance services have come under intense pressure in recent months.

All parties agree that services need to be reformed and need increased funding.

However, several party leaders have expressed concern that this cannot happen until Northern Ireland has a functioning executive.

Earlier this year, Stormont Finance Minister Conor Murphy tried to present a three-year budget with priority given to funding health services, but he said the budget could not progress after the fall of the executive.