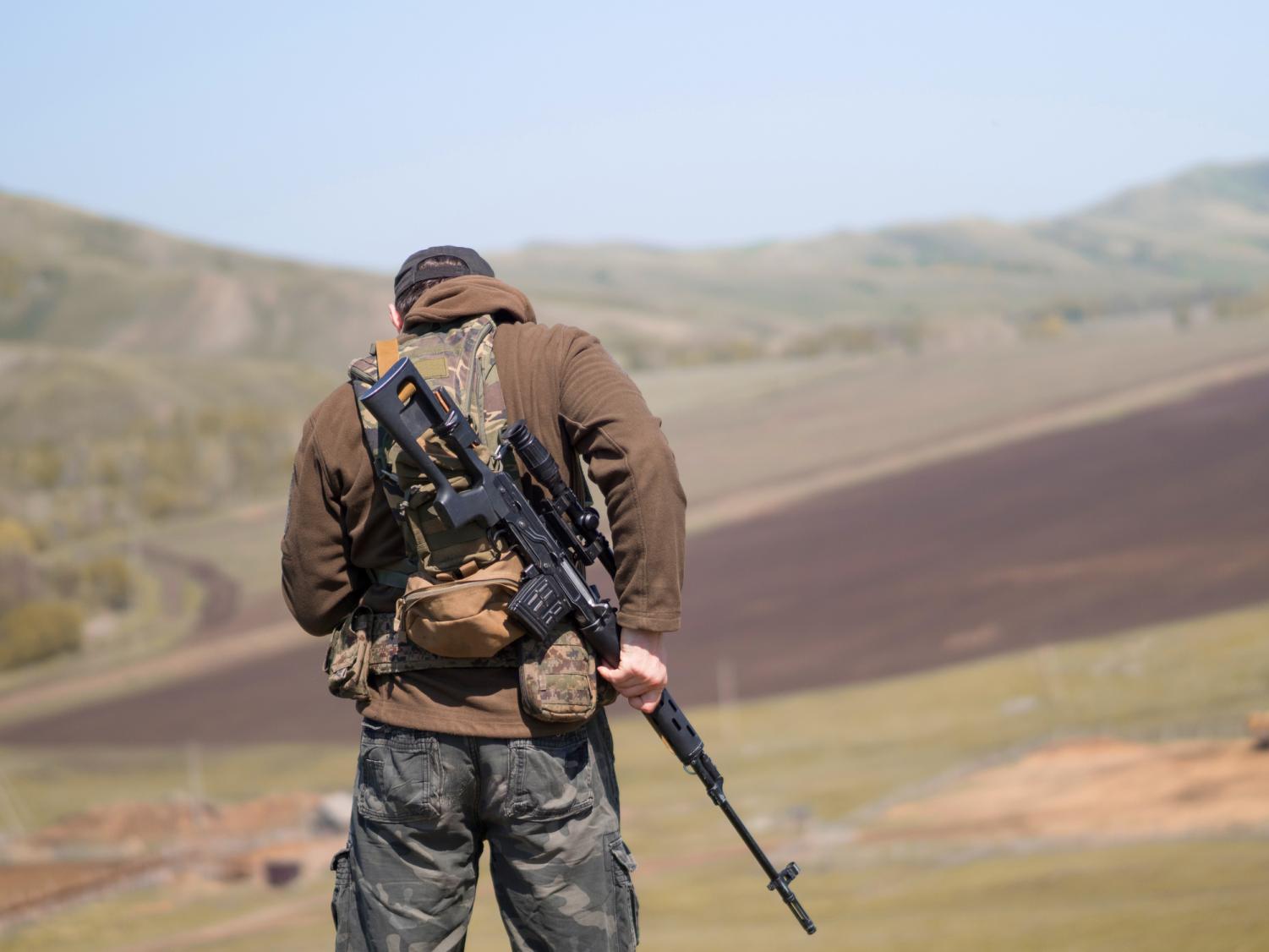 The growing danger of militias

A man stands outside with a gun strapped to his back.

After the verdict in Kyle Rittenhouse’s trial was announced, public opinion on the case was divided. No matter what you think of the verdict, it is clear that Americans are struggling to take justice into their own hands. One of the biggest culprits is a modern militia movement that has created terrorists and civil unrest through radicalization and paranoia.

There are currently 566 extremist anti-government movements in the United States, of which 169 are militias, according to the Southern Poverty Law Center.

Militias are at the very heart of American history. Prior to the formation of the Continental Army, militias were formed to fight the British. In America’s early days, rebellions like the Shay Rebellion and the Whiskey Rebellion attempted to violently change the new US government.

It could even be argued that the Confederacy acted as a larger and well-organized militia during the Civil War, as it was viewed by the United States as rebels and not as a legitimate nation.

While some left-wing militias exist in the United States, most notably the Black Guerilla Family, many of America’s most organized and dangerous radical militias are far-right and anti-government.

In recent decades, this radical nature has become even more dangerous, with the Siege of Waco in 1993, the Oklahoma City bombing in 1995 and the bombings at the Atlanta Olympics in 1996, all perpetrated by anti-government radicals aligned with militias. According to FBI.

Flash forward to the present day. Kyle Rittenhouse was on trial for killing two people while in Kenosha, Wisconsin, for defending a car dealership with an illegally purchased gun. During the trial of Ahmaud Arbery’s killers, militias were present to antagonize the accused.

Many of these radical movements came to a head when groups like the Oath Keepers, Three Percenters and Proud Boys all participated in the assault on Capitol Hill on January 6. Throughout this strange time, I have noticed that thousands of people have erred in thinking that they can become vigilantes to promote their own ideas.

You cannot take it upon yourself to become the law. We have a system of defending the Constitution that we can all participate in by running for office, working for various law enforcement offices, and with our vote. While this system is, in many ways, unfairly biased, it must be fixed, not abandoned because of violence and relentless lawlessness.

Fortunately, the current Congress and the Biden administration recognize the seriousness of these movements. Several radical groups have been subpoenaed by the House Select Committee over the January 6 attack, including the Oath Keepers and the Proud Boys. Several leaders of these groups have been invited to testify by mid-December, according to a subpoena for Enrique Tarrio, a leader of the Proud Boys.

But local, state and federal governments must take it upon themselves to infiltrate these radical militias and prevent further acts of terrorism. Through undercover work, law enforcement agencies must assess potential risks and, if necessary, take action to prevent future acts of terror. January 6 was probably the start.

As militias, many of these groups are trained in weapons handling and are able to both defend themselves and act on the offensive. If possible terrorist attacks are not stopped, we do not know what could happen.