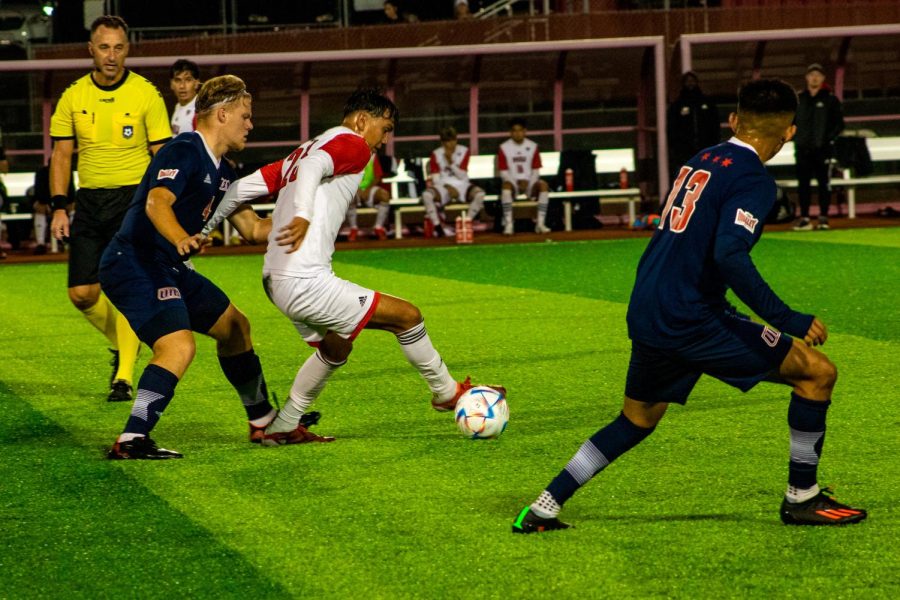 FromKALB – NIU Athletics is packed with exciting competition and action throughout the weekend. Friday serves as the start of the action with the volleyball in a home showdown against the University of Rhode Island.

The national TV action doesn’t stop there, with football hosting a Southeastern Conference school. Men’s and women’s soccer head to schools across the state while cross country prepares for its second event of the season. Women’s golf ends the weekend with the start of a three-day tournament on the other side of the country.

After a clean sweep of their competition in the KC Roos Classic, the Huskies (5-3) head home for the start of their five-game home game. Friday starts with a game against the Rams, who are 3-7 this season and have yet to win on the road (0-2). On Saturday, the Huskies court the Screaming Eagles, who are desperate for their first win of the season (0-9).

The 67th season of UNI’s hockey program begins this weekend. The Huskies will host John Carroll University for two games in as many days. First-year head coach Brad Stoffers hopes to lead NIU to an improvement from their 4-24-4 record last year.

On the night honoring NIU’s 2012 MAC Championship team, the Huskies (1-1) host Vanderbilt (2-1). Redshirt senior quarterback Rocky Lombardi was on fire in NIU’s 38-35 loss last week at the University of Tulsa, and hopes to see the ball rolling for the team. This matchup will be a necessary tune-up for their next game against the University of Kentucky, an AP top-25 ranked team.

Sitting dead even at .500, NIU (2-2-2) looks to add another mark to the win column as he travels west to take on WIU (0-3-2). Last season when these teams played each other, NIU ran away with a 6-0 victory. Expect another possible rotation of goalkeepers as three different defenders have sat in the NIU goal in their six games so far.

Like the men’s team, women’s soccer sits at 2-2-2 and appears to be posting a winning percentage after traveling to Chicago to face the Cougars (1-6-1). NIU’s last two games have ended in 3-0 losses, so the Huskies are eager to improve their offense.

Stubborn pain and injuries prevent the Huskies from putting up a full roster. It will always be a great opportunity for competitors to find their rhythm and allow others to rest for the rest of the season. At the season opener of the First State Bank Huskie Challenge, Brooke Valentine led the way for NIU with a seventh-place finish on NIU’s North 40 course. Katelyn Robbins finished 10th while Elizabeth Kramer (12th) and Joy Jackson (13th) joined Valentine with 6k in under 20 minutes.

Women’s golf wraps up NIU’s action-packed sports weekend as they kick off day one of the Coeur d’Alene Collegiate Invitational. This event will run until September 20. The Huskies placed fourth out of fifteen teams in their season opener and will be looking to achieve that par or improve on that ranking.