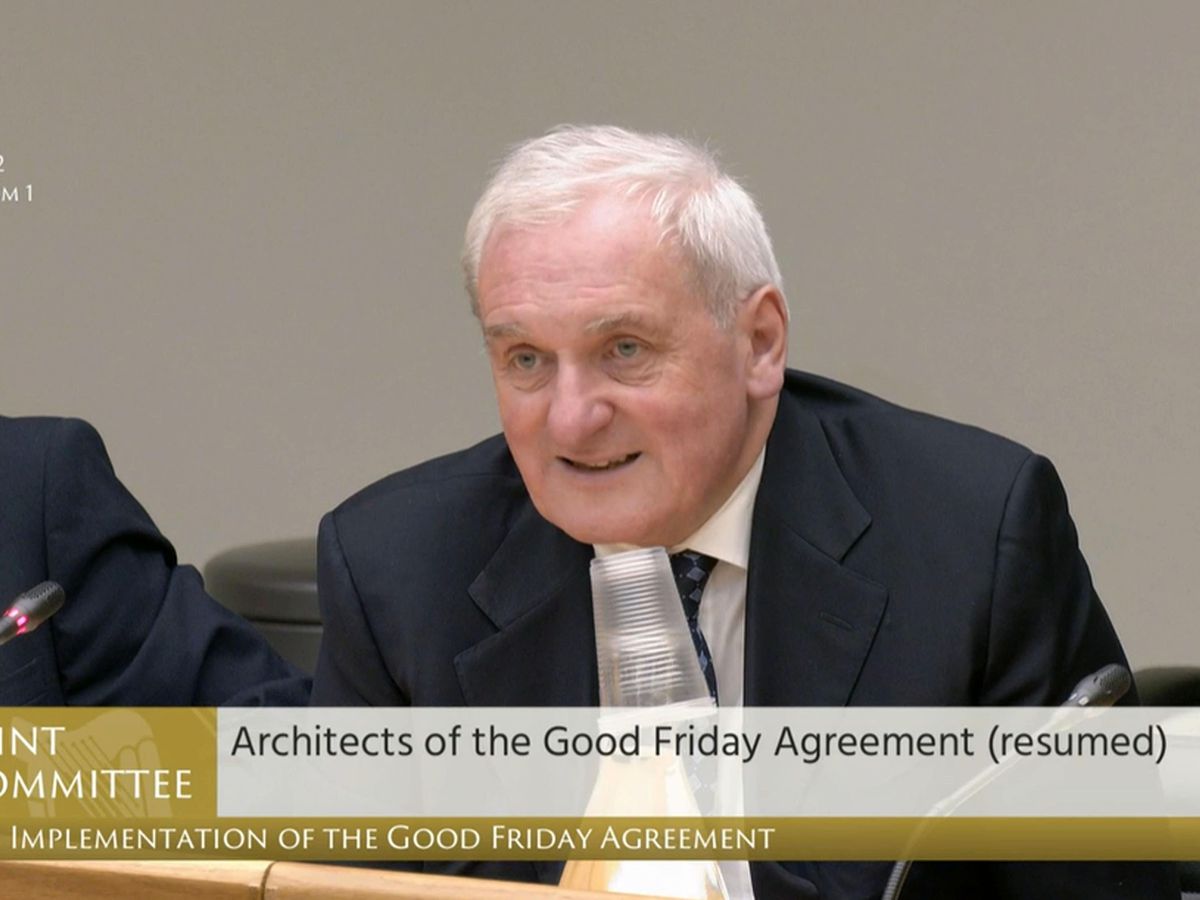 ‘Sad day’ for Northern Irish as they face another election – Ahern

Bertie Ahern said it was a ‘sad day’ for the people of Northern Ireland as they face another election, which he says will solve and do nothing.

The former Taoiseach and architect of the Good Friday Agreement said an election ‘wouldn’t change anything’.

He made the comments as the election is due to be called by Northern Ireland Secretary Chris Heaton-Harris on Friday, after a deadline to restore devolved government to Stormont expired.

Mr Ahern said Mr Heaton-Harris had spoken out in the election in recent weeks after saying he had a legal obligation.

“I think it’s a shame, I think it’s a sad day and I feel sorry for the people of the north because it won’t decide what the protocol (from Northern Ireland) will contain,” Mr. Ahern.

“The only thing that will decide the protocol is the negotiations that are necessary.”

The DUP is blocking the restoration of power sharing as part of its protest against the post-Brexit Northern Ireland protocol.

A six-month legislative deadline to form an administration expired in the early hours of Friday.

Talks between Brussels and London to resolve outstanding issues are ongoing, but Mr Ahern believes there is “no negotiation” between the two sides.

“The last substantive meetings date back to last October. There was a little meeting for half a day in February,’ he told RTE’s Today with Claire Byrne show.

“It doesn’t matter if people vote black, white, yellow or pink in the election, it won’t change anything. The protocol is always the protocol and it is not to be discussed during the election.

Mr Ahern also said the UK government needed to know ‘a bit more’ about the DUP and its stance on the Northern Ireland Protocol, saying the party would not change its stance until there was no solution.

He said the people of Northern Ireland now face an election “that solves nothing does nothing”.

“The main problem causing the outage is not even on the agenda. So if they all voted 100% one way or the other, it won’t matter,” Ahern added.

“I think what is happening now is that the election will be on the 15th, there will be all the rancor between the two, I hope it will be a peaceful election.

“Let’s hope people use their democratic vote for the people they love.

“On the other hand, they’ll have a Christmas break and then maybe the UK government could consider doing what they should have done a few years ago and start serious negotiations, not talks, and try to find a way forward.”

Mr Ahern said he was also concerned that the UK government was using Northern Ireland as a bargaining chip in the protocol negotiations.

He added: “We know the issues, they have been repeated time and time again, but the UK Government can say what they want, but the reality is that there have been no negotiations for 12 months.

‘It was just in the run up to Halloween last year was the last substantive meeting and with all the musical chairs going on in Westminster the people of Northern Ireland were left behind.

“I hope they noticed. I hope the people of Northern Ireland will see that in number 10 they have no priority.