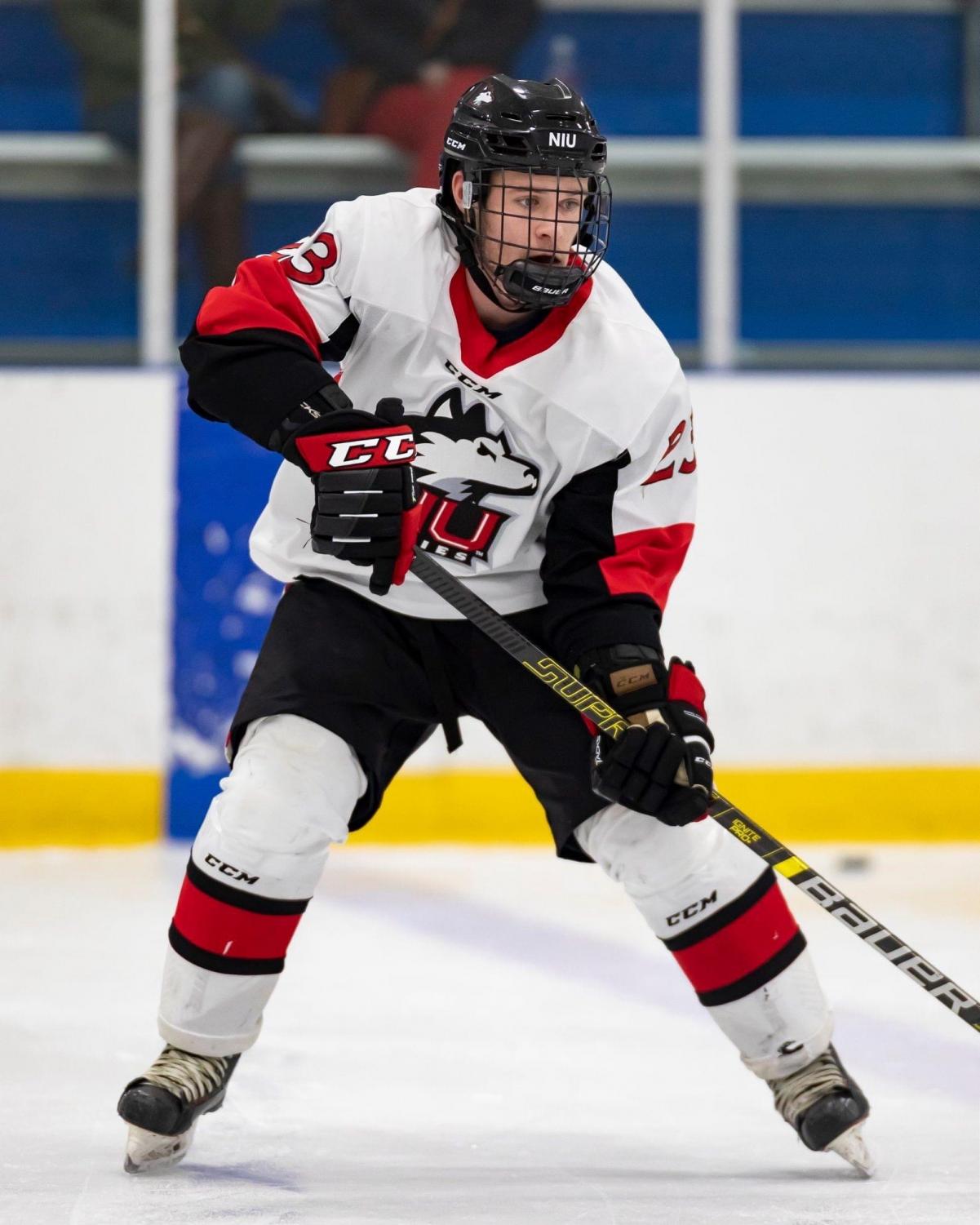 Rodahn Evans: The NIU hockey star flying under the radar

Junior forward Rodahn Evans of NIU’s Division I hockey team is looking to continue his success on a team that’s been flying under the radar in college athletics.

Evans spent his early years in Healy, Alaska, a small town 250 miles north of Anchorage with a population of around 1,000 people.

“(It was) very quiet,” Evans said. “(Healy) doesn’t have much to do. We had to play on an outdoor rink. We didn’t have a grocery store growing up. We had no sport other than soccer and hockey. It was one or the other. »

Evans then moved to Fairbanks, Alaska with her mother when she was eight years old.

“(Fairbanks) has been a little less hectic,” Evans said. “There were too many people for my taste. It was fun playing with a real team and playing with real friends, but it wasn’t Healy and it didn’t feel like home.

With limited options for sports in Alaska, Evans took up hockey at a young age after receiving encouragement from his father.

“(Hockey) was the only thing available in the winter,” Evans said. “My dad was understandably like, ‘Put on a pair of skates. Go waste some time.

From there, Evans began to establish himself more in the sport and began playing at the junior level.

“In juniors, I played everywhere,” Evans said. “I played on a few junior teams where I would go to Texas and end up getting traded after a week.”

From Far North to North

Evans eventually went to DeKalb after being contacted by former general manager of hockey Ian Kalanges.

“Our former general manager called me and told me about it,” Evans said. “He showed me what a good school it was, and I was all for it.”

Now in his third year as a Huskie, Evans is playing under first-year head coach Nicholas Madonia, who has praised Evans’ work ethic.

“He’s still one of the hardest-working players on the ice,” Madonia said. “He’s a smart hockey player, but I think his work ethic is what sets him apart from a lot of the teams we play on.”

During his time at NIU, Evans had the opportunity to bond with players such as second-year guard Benjamin Vutci and second-year forward Brandon Weitzel, so much so that the three are currently roommates.

“Rooming with these guys is a hoot,” Evans said. “They are characters themselves, and I am a character too. It’s a crazy time.

Based on his leadership abilities and work ethic, Evans was elected by his teammates to serve as the Division I team’s president and captain.

“It was a pretty easy decision to make him captain,” Madonia said. “As a manager you want your captain to be the person the players go to when they need something. You can just tell the guys in the team have a lot of respect for him. When Rhodie speaks, everyone listens.

Reflecting on the past, looking to the future

Looking back on his career, Evans said his selection to become team president and captain was his greatest achievement as a player.

“It was really good for them to trust me,” Evans said.

(Hockey) was the only thing available in the winter. My dad was naturally like, ‘Put on a pair of skates. Go waste time.

Evans originally came to NIU with the intention of studying mechanical engineering before choosing to major in pre-physical therapy.

“(Pre-physical therapy) was a dream of mine,” Evans said. I just decided it was a good idea to study the body more. I liked understanding the mechanics of bodywork versus the mechanics of a car.

Evans has also spent time working in the construction industry with his father for the past seven years. He has accumulated enough hours to acquire a master operator card for an excavator, a loader and a Bobcat.

With his team currently looking to break a nine-game losing streak, Evans assures Huskie fans that a turnaround for the team is coming soon.

“This season they should expect us to start changing things up here soon,” Evans said. “The puck can’t always play against us, so soon we’ll be winning games.

Evans is tied for ninth with 11 other players in goals scored with 11 goals this season so far.

Evans will make his next appearance on the ice at 7:15 p.m. Dec. 4 when the Division I hockey team travels to face the Illinois State University Redbirds at Bloomington Ice Center in Bloomington.