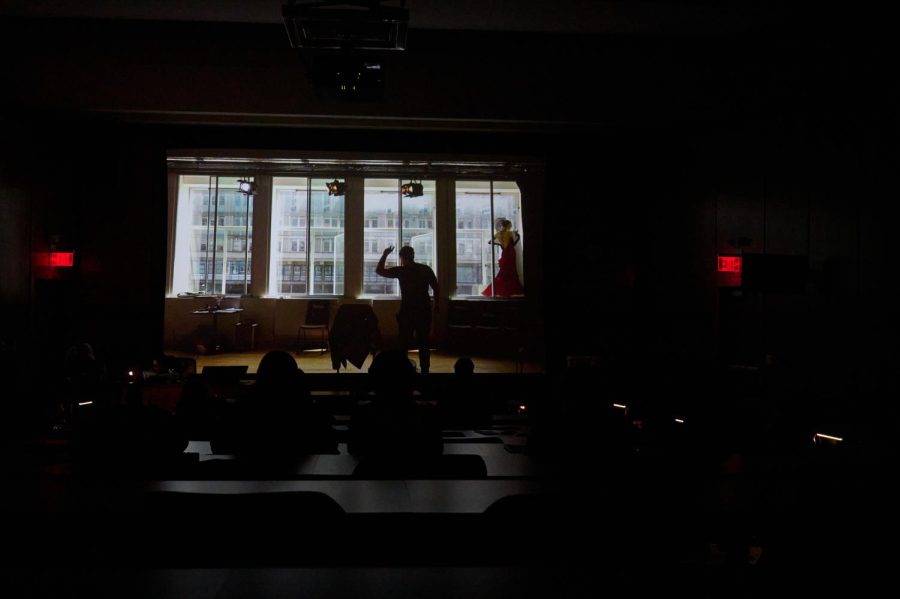 Reality Bytes is an independent student film festival. The films presented were made by students and came from different countries (Zohair Khan | Northern Star)

DeKALB – For the first time in three years, NIU’s independent Reality Bytes student film festival was held in person at 8 p.m. Tuesday and Wednesday at Cole Hall. 20 films, covering several genres and coming from several countries, were screened in front of an audience of students.

Each year, Reality Bytes is put together by the students of Film Festival Administration, a course in communication. With the 2020 and 2021 film festivals going live, there was a lot of anticipation among the communication students who organized the festival.

“I didn’t know what to expect,” said Jocari Thomas, a junior communications major who was responsible for assembling all the films together for screening.

Over the two nights, dozens of students, mostly from the communications department, attended the classes as well as professors and professors of communications. Some showed up to support their peers who organized the festival, including Jake Roskopf, a contract senior, and Susanna Kemerling, an undergraduate communications student.

“I came out tonight because some people in our class are involved, so I wanted to come out and support,” Roskopf said.

Several students came because of the different types of films that were shown. Kemerling and Erica Johnson, a graduate in the arts of the time, were both interested in the animated films of the second night: “Sagiso” and “Interior Designer”.

“I’m an art student, so it was fun to watch,” Johnson said. “I graduated but would love to attend this festival again.”

Apart from the upper class students, the young participants were also fascinated by the two nights of cinema, especially since they were made by students and came from different countries, including the United States, Canada, Israel, Iran, India, Poland and Costa Rica.

“I was blown away the whole time,” said Kelly King, a freshman journalism major. “They are unlike anything I have ever seen.”

At the end of the second night, the four best films of the festival, voted by a jury, were announced.

Some students in attendance were amazed that NIU hosted a film festival and were thrilled to experience films with a host of their peers.

“I used to go to film festivals back home, so I was really excited when I found out NIU had one,” said first-year communications student Ray Krug.

Now that the film festival is over, Laura Vazquez, founder of Reality Bytes and professor of film festival administration, is excited about the in-person festivals of the future.

“I thought I’d be relieved when it was all over, but I’m excited,” Vazquez said. “I’m glad we’re back, especially since the last two festivals have missed this opportunity to be in person.”

The students in attendance also fell in love with many of the films that were screened and are excited about what awaits them next year.

“I’ve been coming for two years and would come back,” Kemerling said.