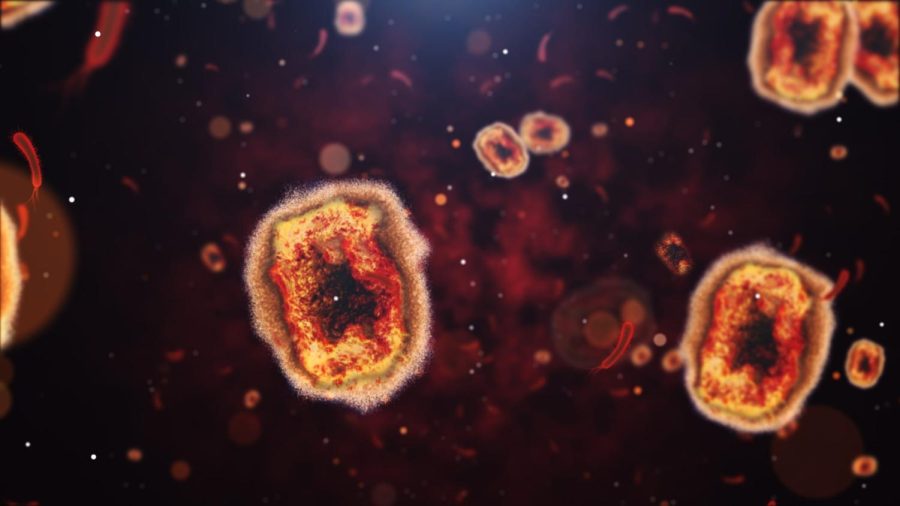 As concern about the monkeypox virus has begun to grow, it is becoming increasingly important to educate yourself about the disease.

As fear of the COVID-19 virus begins to slow and security restrictions continue to lift, concerns about the threat of the monkeypox virus have begun to rise. Fear can cause groups or individuals to behave recklessly, and with misinformation about the disease circulating in the media, it is important to educate yourself to avoid repeating the mistakes of the AIDS epidemic.

The most concerning of these errors is pushing the idea that only those of a particular identity or orientation can contract the disease.

The media has created the stigma that only gay or bisexual men can get this disease, with headlines reading: “WHO recommends that gay and bisexual men limit their sexual partners to reduce the spread of monkeypox,” and, “Is sex worth the risk? Monkeypox just the latest virus to threaten gay intimacy.”

It is unfair to blame a defined group of individuals for the spread of monkeypox. This disease does not discriminate, but spreads to men, women and non-binary individuals.

While monkeypox is still a new disease, and much is still unknown, we are seeing more cases of women contracting the virus.

Just as AIDS was erroneously considered the “gay disease”, the similar treatment for monkeypox is disappointing given the tremendous strides made by the LGBTQ+ community in recent years.

In fact, it has since been discovered that almost 20% of people living with HIV/AIDS are women, reported the National Institute of Health.

Seeing men stuck in long lines outside health clinics to receive the extremely limited monkeypox vaccines, JYNNEOS and ACAM2000, is an all too familiar image, reinforcing the idea that the story has already started repeating itself.

The Monkeypox virus is still too recent; While it’s important to do research, it’s also important to understand that information continues to change rapidly.

All we have to do is compare what we knew about AIDS when it first spread to what we know now. Today we know so much more about COVID-19 than in 2020.

“Monkey pox is a rare disease caused by infection with the monkeypox virus,” reported the Center for Disease Control. Many of the symptoms include fever, rash, chills, swollen lymph nodes, exhaustion, and respiratory symptoms.

It’s important to remember these symptoms and proceed with caution, no matter what gender you identify with. It’s not someone else’s problem, it’s a problem that everyone has to deal with in one way or another.