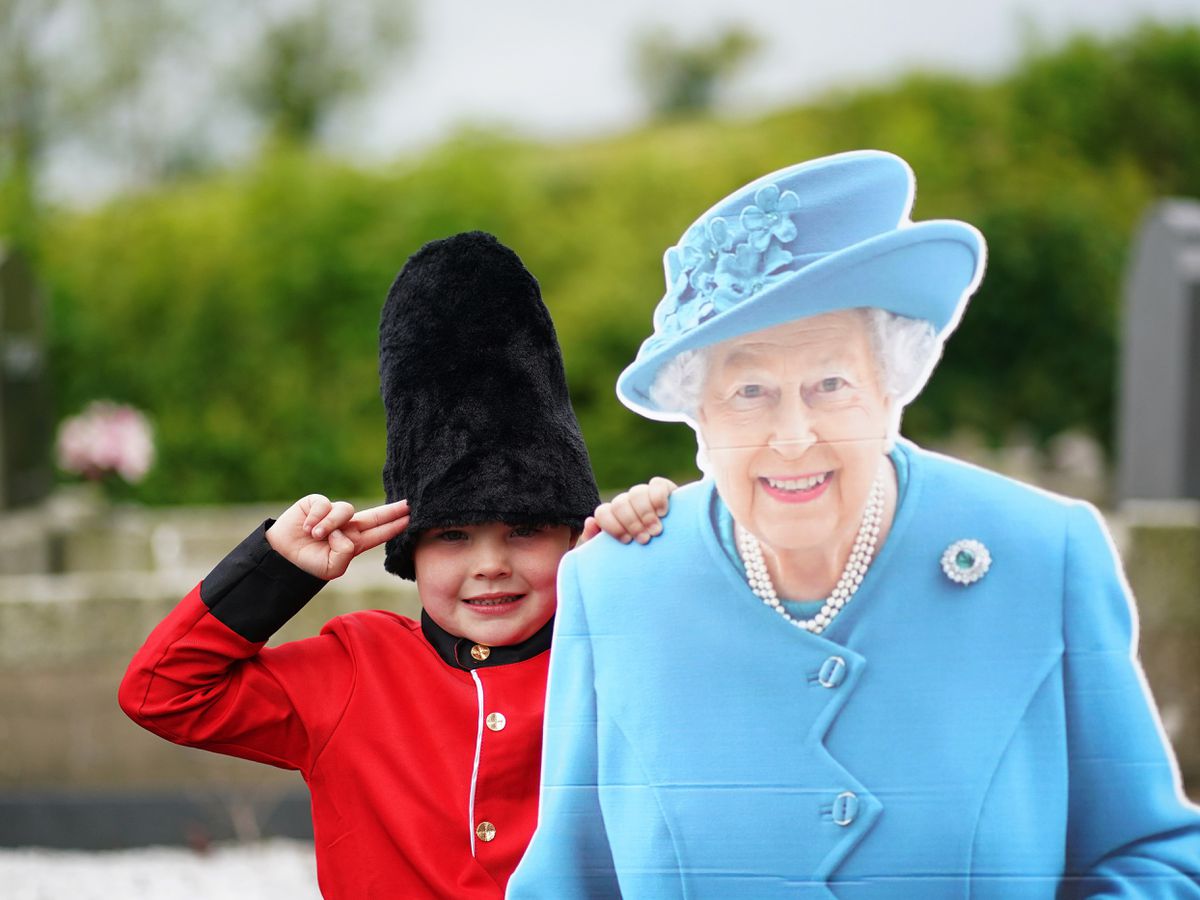 The Queen’s Platinum Jubilee celebrations continued in parts of Northern Ireland on Sunday.

Thousands of people marked the occasion with events such as church services, live music and street parties.

In Omagh, County Tyrone, there was a double celebration as local RAF Air Cadets received the Queen’s Award for Voluntary Service as well as the Queen’s Jubilee.

The QAVS is the highest honor awarded to grassroots volunteer groups in the UK.

Squadron Leader Graham Dodds, media communications officer for RAF cadets in Scotland and Northern Ireland, said it was a special occasion to present the award during the weekend celebrations.

The event took place at St Lucia Barracks in Omagh, where dozens of people, including Irish veterans, gathered.

“This is a double event, it is primarily to present the Queen’s Award for Voluntary Service to the squadron in recognition of the significant efforts it has made to work as a community group, particularly in the improved community and cross-border relations,” Dodds said. said.

“We have a very positive relationship with the Irish Veterans Association.

“It’s a youth organization, it’s about developing young people and giving them a positive future.

“It’s also to celebrate the Queen’s Platinum Jubilee, so it’s a street party in our barracks.

“It’s a great day and it’s great to celebrate our awards during the Jubilee.”

Civilian instructor Sandy Wilson, based at Omagh Squadron, said it was a great day out with the family.

“It was amazing to be a part of something so important,” she added.

“The cadets and staff have done so much work behind the scenes, we are so honored to receive the Queen’s Award.”

James Scanlon, chairman of the Connacht Ulster One region (Oglaigh Naisiunta na hEireann), was at the event with Ollie O’Connor, former managing director of One in Drogheda.

One of them provides housing for veterans who would otherwise be homeless and has also established veteran support centers.

They said they had become friends with members of the Omagh squadron through the peace program.

“We are delighted to come today and celebrate together,” Mr. Scanlon said.

Mr O’Connor added: “There have been great friendships between the O’Neill branch in Cavan and the squadron in Omagh and it is important for us to return the favor today.

“It’s very important for them to celebrate the Queen’s Jubilee and it’s important that we are there too.

“It’s a great feeling of friendship between the organizations and it’s great to see the squadron receiving the equivalent of the MBE.

“We feel like we’re all on the same island, we all have to live together, so it’s better to live in friendship than to yell at each other.”

Meanwhile in Newry, families gathered for a picnic at the parish church of St Bartholomew.

Union flag streamers were dotted throughout, as families posed for photos with a cardboard cutout of the Queen.

Tea, cakes and sandwiches were shared while the children took part in many garden games, including mini-golf.

Some children dressed up for the occasion, including five-year-old Noah McKnight, who dressed up as the Foot Guard.