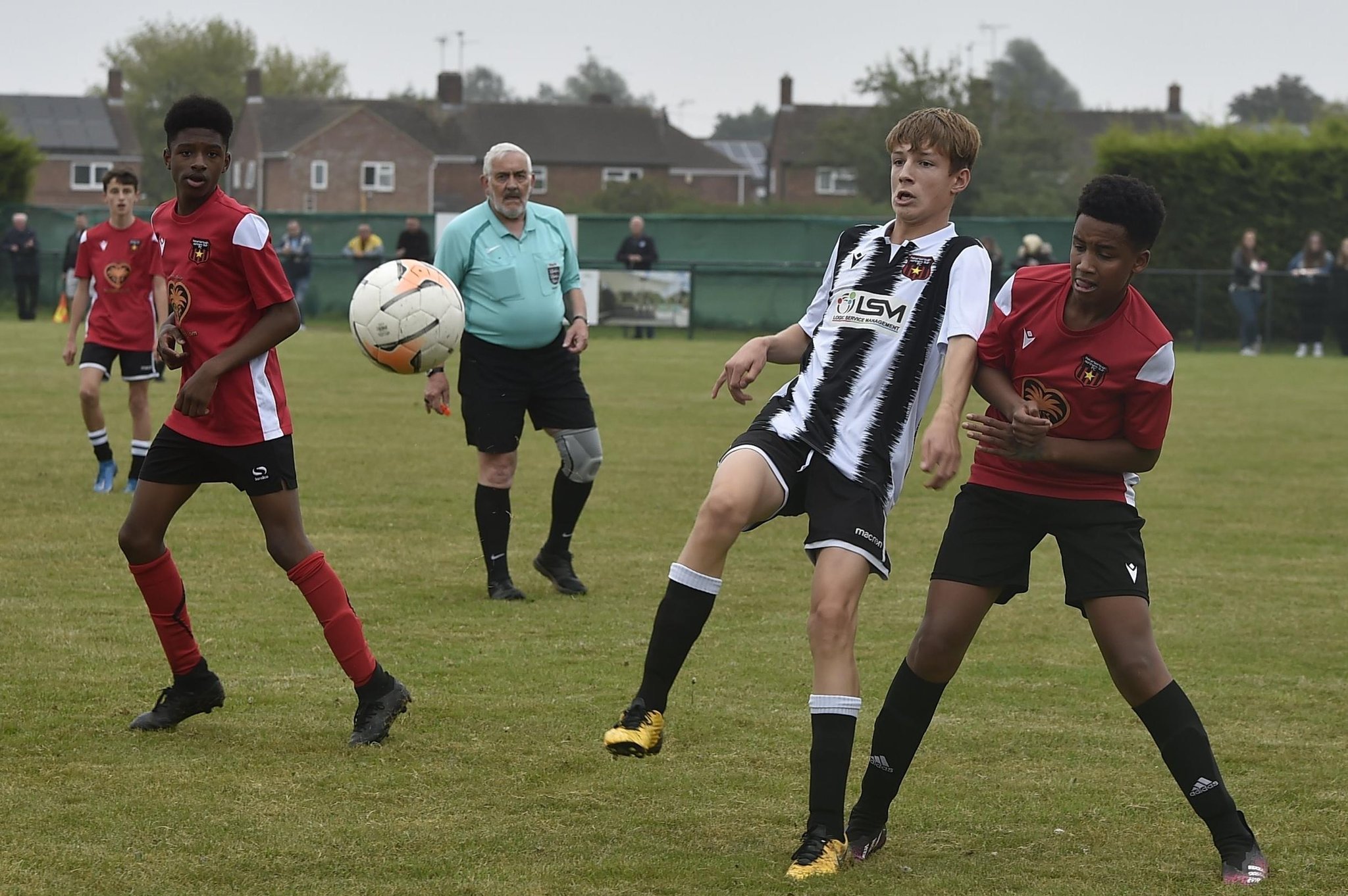 Peterborough Northern Star co-owner confirms the club’s adult teams have folded, first team boss ‘gutted’ but there is a commitment to keep the youth teams going until the end of the season

By: Albert P. Young
In: Northern star
Two Peterborough Northern Star Under 15 teams playing against each other on Chestnut Avenue earlier this season.

Star first-team manager Lloyd Burton told the PT today: “I’m gutted. We put in so much effort on and off the pitch and last Saturday was fantastic from all of us.

Star’s last game as a UCL club was a 1-0 home loss to league leaders Hinckley who scored from an 89th-minute penalty on Saturday. Star has collected just seven points in 20 Premier Division games this season.

They will no longer play at Chestnut Avenue after the club were advised to vacate the ground at the end of the current season. The star’s officials saw this as the final straw in what has become a long-running dispute and decided to leave their home base immediately.

Steward could not comment on the feuds with the owner as he is in talks with his attorneys about the situation. He intends to release a statement later this week.

steward said. “It wouldn’t be fair to the youngsters at the club if their season were to end now. We will find other places for them to play so they can complete their matches.