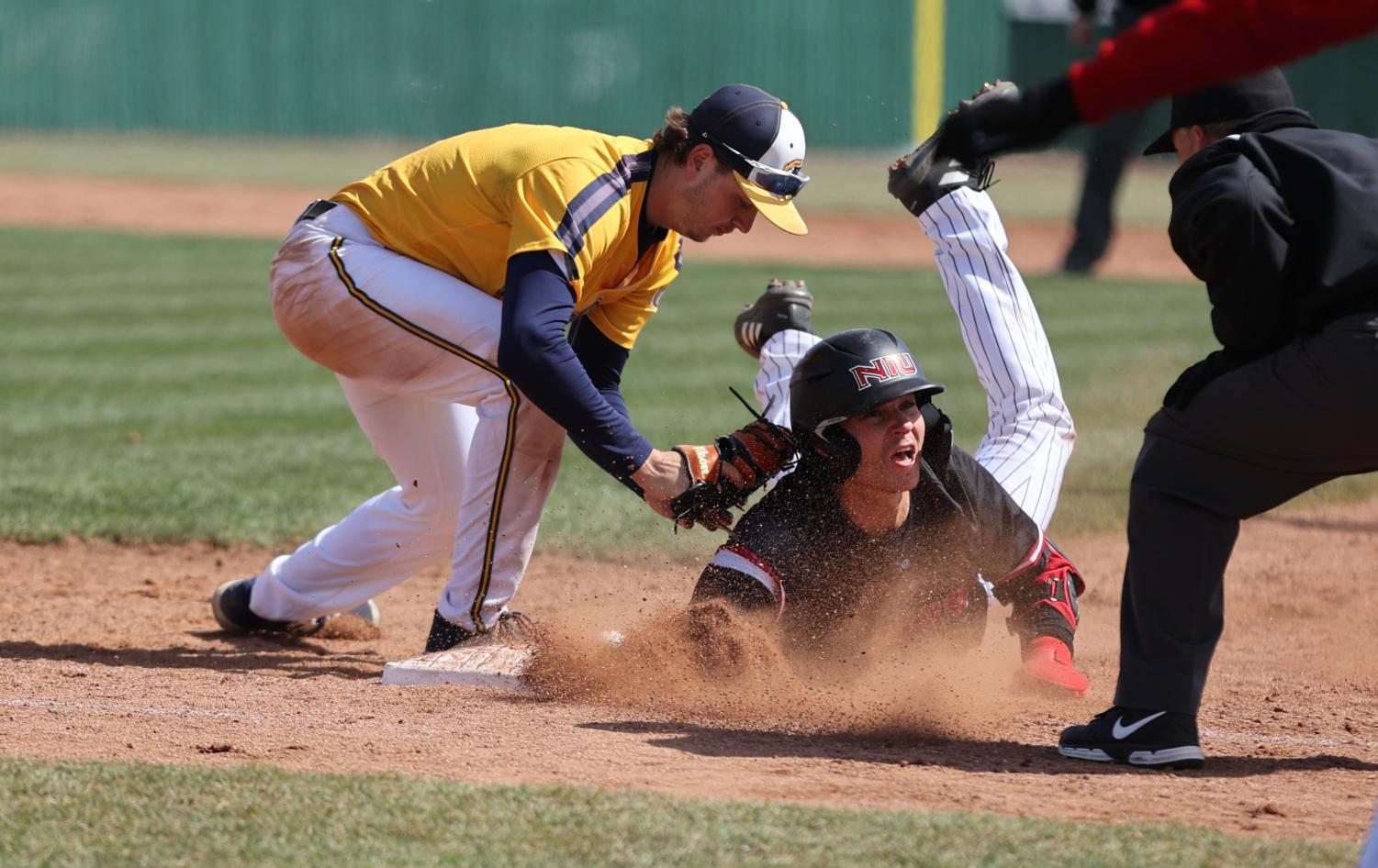 The NIU baseball team now has a 4-18 season record

Junior infielder Paddy McKermitt slips to first base during a game against Kent State Monday at DeKalb.

DeKALB — The NIU baseball team traveled to South Bend, Indiana, on Tuesday for a single game against Notre Dame University. The Huskies lost 11-2 to the Fighting Irish.

The Fighting Irish took an early lead after a solo home run by graduate student infielder Jared Miller late in the first inning. The home team continued their dominance over the visiting Huskies with a four-run trade in the second inning.

Another one-run inning in the fourth and a five-run rally in the sixth inning by the Fighting Irish gave Notre Dame a decisive victory over the Huskies.

NIU had just three hits during the game from McKermitt, Demetral and Erato in their only scoring action in the third inning.

“It wasn’t the result we wanted, but I was happy to see us much better on the mound,” head coach Mike Kunigonis said in a NIU Athletics press release. “We did a good job of getting ahead early in the countdown and forcing contact. It’s something we can build on going into the weekend.

Following the loss, NIU now has a 4-18 overall season record and holds a 4-6 Mid-American Conference record.

The Huskies will see their next action this weekend as they host the University of Miami on Friday for their second home series of the season at Ralph McKinzie Field in DeKalb.