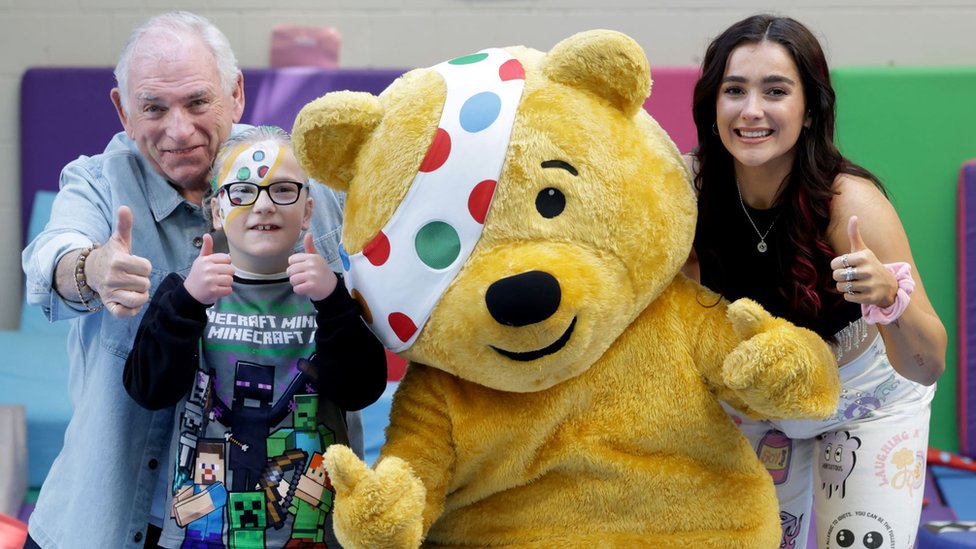 Children in Need and Pudsey’s marathon fundraising day for disadvantaged children and young people in Northern Ireland and the rest of the UK is well underway.

Presenter Holly Hamilton said she was delighted to be at this year’s event in Northern Ireland and urged people to donate.

The Great SPOTacular call is on BBC One from 19:00 GMT on Friday.

children in needwhich supports hundreds of projects in Northern Ireland, is best known for its roll call party which first aired in November 1980.

This year it is hosted by Ade Adepitan, Mel Giedroyc, Alex Scott, Chris Ramsey and Jason Manford from London, with Connor Phillips and Holly Hamilton presenting updates from Northern Ireland.

The pair will also present an hour-long show on BBC One Northern Ireland and BBC iPlayer at 11am on Sunday November 20.

“Holly is always great to work with and I look forward to meeting some of the many people who have been busy fundraising,” said Connor Phillips.

“Let’s make this the best yet.”

Radio Ulster also joined in the fundraiser, with Hugo Duncan presenting a special program from the Island Arts Center in Lisburn from 1.30pm on Friday.

In Northern Ireland, the call has currently awarded 152 project grants worth over £8.5 million over the past year.

You can find more information about BBC Children in Need and how to get involved. here.