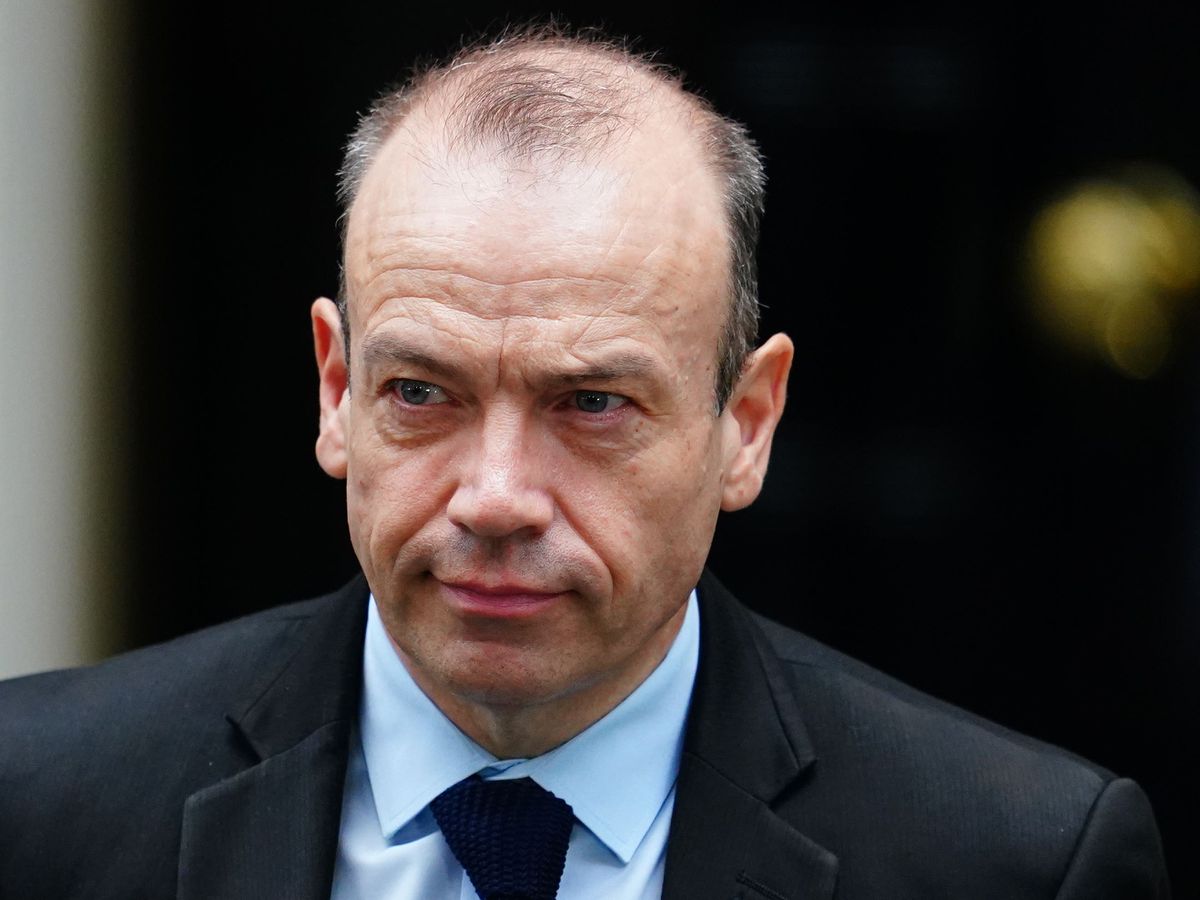 Sinn Fein vice-president Michelle O’Neill has told new Northern Ireland secretary Chris Heaton-Harris that people in the region are in “desperate” need of an executive.

The couple held talks in Dungannon, County Tyrone, ahead of a scheduled meeting with the DUP later on Thursday.

Ms O’Neill said she had also stressed to the new minister that the post-Brexit Northern Ireland protocol was “here to stay”.

The power-sharing institutions in Stormont are currently not functioning due to the DUP’s protest against the protocol.

Mr Heaton-Harris said restoring the executive was his priority and that he planned to meet the other party leaders in the coming days.

He did not take questions from reporters, but said: ‘I look forward to exerting enough pressure so that we can get the executive going, sort out the protocol issues and some of the more useful domestic stuff. I can do to help people here in their day to day lives.

Ms O’Neill, Sinn Fein’s leader of Stormont, welcomed his comments about her determination to see the executive reinstated but said ‘the proof of the pudding will be in the eating’.

She added: “Time will tell if there is a change of tact from this new Conservative leadership.

“I took the opportunity to tell him very clearly what my priorities are. First, get an executive up and running again.

“The public are desperately demanding it, they need it to help them get through this cost of living nightmare that people are facing.

“I told him that four months after the elections, the result of this election has not yet been respected and people are still being denied access to a locally elected executive who could help them through this period.

“They need our help and I want to be part of a framework, working with others to provide support directly to people.

“We have strongly insisted that this situation is no longer tolerable, they must stop pandering to the DUP.

“The DUP needs to go around the executive table with the rest of us and support the people.

“The other issue that I made him realize is that the protocol is here to stay.

“We need an agreed way forward, we don’t need more unilateral action, what we need is a negotiated way forward under the protocol.”