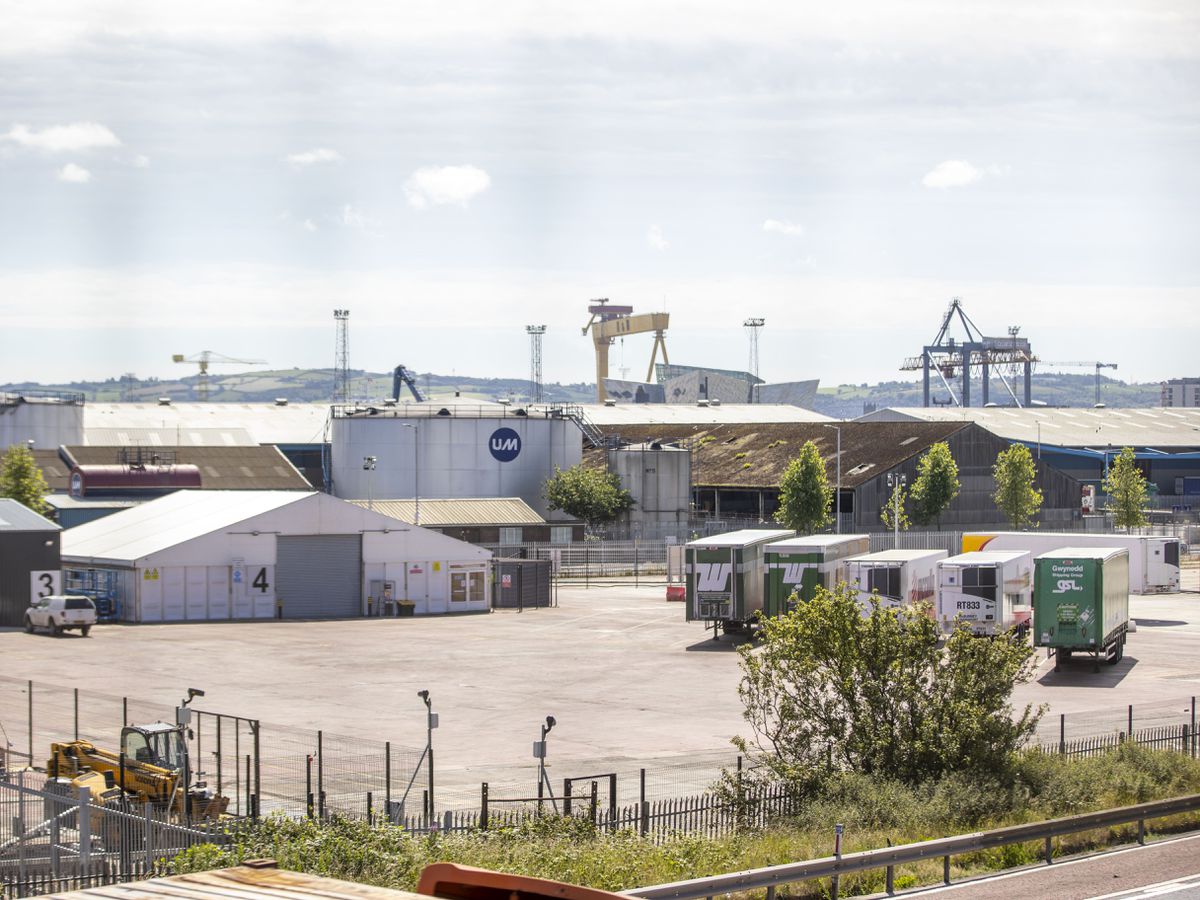 The Northern Ireland Protocol is “unsustainable” in its current format, Brandon Lewis has said.

The Secretary of State said 200 UK businesses were not trading with Northern Ireland due to post-Brexit trade deals.

He also referred to supermarkets which do not have a store in the Republic of Ireland, which remains in the EU, undergoing the same checks as if transporting goods across the border.

“It’s not sustainable. It’s not appropriate within the internal market in the UK, it’s certainly not what’s going to work for the benefit of the people of Northern Ireland,” he said. he told the Northern Ireland Affairs Committee on Monday.

“These are all issues we need to address.”

Mr Lewis said businesses across Northern Ireland, with the exception of one sector, are ‘pretty unanimous that the protocol and EU package proposed last October does not solve no no more problems”.

He spoke of the problems of transporting trees for the Queen’s Jubilee and kosher food across the Irish Sea, adding: ‘There are a whole range of examples of products…as a British citizen, those citizens should be able to access, not to mention the companies that need it. for their supply lines.

Talks between the UK and the EU on the protocol have not resulted in an agreement.

Mr Lewis told MPs that over the past six to nine months he had not seen the EU’s ‘pragmatism or flexibility’ that would allow a deal, adding ‘otherwise we would have agreed one by now’ .

There is strong opposition from trade unionists to the protocol, regarding additional checks on goods at the port of Northern Ireland as a border in the Irish Sea.

Paul Givan resigned as Stormont premier earlier this year amid DUP opposition to protocol, which also removed Michelle O’Neill as deputy premier and left the executive unable to fully function.

DUP MP Ian Paisley challenged Mr Lewis, saying: ‘The rhetoric is very strong but I think most people wonder when action is actually going to come from it.’

Mr Lewis said the UK government had yet to trigger Article 16, which would suspend some elements of post-Brexit arrangements, as ministers want to strike a deal for better stability and certainty for businesses.

“I appreciate your point about where patience runs out, our view is that we will do our best to do this in line with the EU, and that is the work that continues,” said he told MPs.

Earlier in the session, Mr Lewis said it was right that protocol checks of goods continued.

In February, Stormont Agriculture Minister Edwin Poots ordered controls to stop, but that order was suspended after a legal challenge.

“These checks are still ongoing and there is no change,” Mr Lewis told MPs. “Our view is that they are a legal obligation and it is right that they continue.

“Of course, even removing them does not necessarily solve, in itself, even some of the problems faced by business, certainly for trade between Britain and Northern Ireland in terms of additional paperwork and restrictions.”

Colin Perry, director of economics and protocol at the Northern Ireland office, said discussions were ongoing about how the checks would take place.

“Some of these checks will be the responsibility of the devolved administration, the Department of Agriculture and the Chief Veterinarian will make decisions on what kind of checks they will put in place,” he told MPs.

Asked if he would be prepared to use his power to order the checks carried out, Mr Lewis said: ‘I would consider using every other means possible on any matter.

“I think I’ve shown quite strongly that I will resist the use of Article 26 and try to find other ways of doing things in partnership, wherever we can, with the executive rather than be tempted to use Article 26.

“I believe in decentralization, so I believe in trying to work with the executive to get things done in a decentralized way through delegated authority as much as possible.”