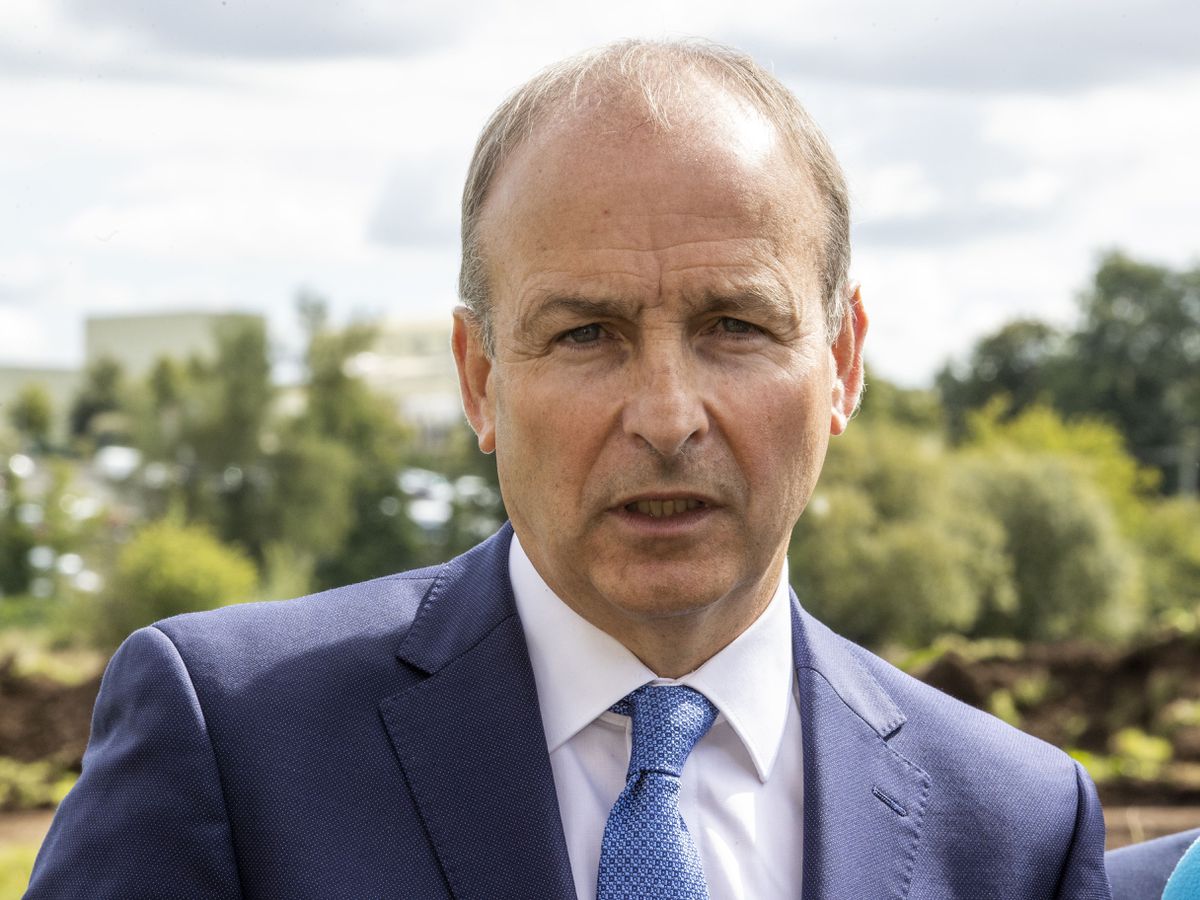 Mr Baker, a strident former Brexiteer and member of the Pro-Brexit Research Group of MEPs, apologized on Sunday for his “fierce” stance on negotiations with the EU.

He told the Conservative Party conference in Birmingham that relations with Ireland were not “where they should be”, and added that ministers must act with “humility” to restore relations with the Republic and the EU.

Speaking after a shared island event in Dublin on Monday, Mr Martin said: ‘I welcomed not only his comments but the tone of his comments.

“I think they’ve been honest and very, very helpful.

“And I look forward to continued engagement with Minister Baker and others in the UK government.”

In an interview with UTV filmed on Sunday, she said: “Steve speaks from his own personal experience being deeply involved in the Brexit debate, but he speaks on behalf of the whole of government as we absolutely want to find a negotiated solution to deal with the problems of the Northern Ireland protocol and to work with our neighbors in the Republic of Ireland.

Asked if she thought she should apologize on behalf of the UK government, Ms Truss said she had “always worked constructively with the EU and the Republic of Ireland”, but reaffirmed that “we must resolve the very serious problems that have been caused by the NI Protocol”.

The Taoiseach said he had a ‘very good engagement’ with Ms Truss and new Cabinet members at the Queen’s funeral.

“I met the British Prime Minister and we both expressed a collective sense of the long-term desirability of very good relations between Britain and Ireland and also between the United Kingdom and the Union. European Union, and I think these comments fit into that context,” he said.

Mr Martin added that it is “very clear” that there is a “genuine determination to try to resolve all protocol issues through negotiation”.

But he warned there was “a lot of work to be done in terms of tough negotiations”.

Talks are expected to resume later this week between the UK and EU in a bid to find a way out of the impasse.

Mr Baker said on Monday he was happy to eat a humble pie in a bid to improve the broken relationship between Britain and Ireland.

He told Irish broadcaster RTE Radio 1’s Morning Ireland program that he regretted that relations between the UK and Ireland had been “spoiled” by the Brexit process and that he was “convinced” that an agreement could be reached on the protocol if the negotiations were concluded. “spirit of good will”.

“I am very convinced that if we enter into a negotiation, without preconditions and together in a spirit of goodwill, we can defuse this problem and we can achieve an agreement that works for everyone, respecting everyone’s legitimate interests. . , north-south and east-west,” Baker said.

Mr Baker said his motivation for the apology was to try and get a ‘deal that works’.

“If we want to be constructive here and get a deal that works for everyone, we need to defuse those tensions. So that was my motivation,” he said.

“I sincerely want to be on the good side of all parties involved in the Belfast Good Friday Agreement so that we can move forward, get a deal done and sort out the really serious issues we are facing in Northern Ireland.”

He added: ‘I recognize that as the gender leader of the 28, if I can put it in those terms, who rejected Theresa May’s deal three times, it has caused enormous anxiety, and I also recognize that business in Northern Ireland faces a lot of costs through this process of uncertainty.

“And those are things I want to see rectified.

“We can put them straight into the deal.”