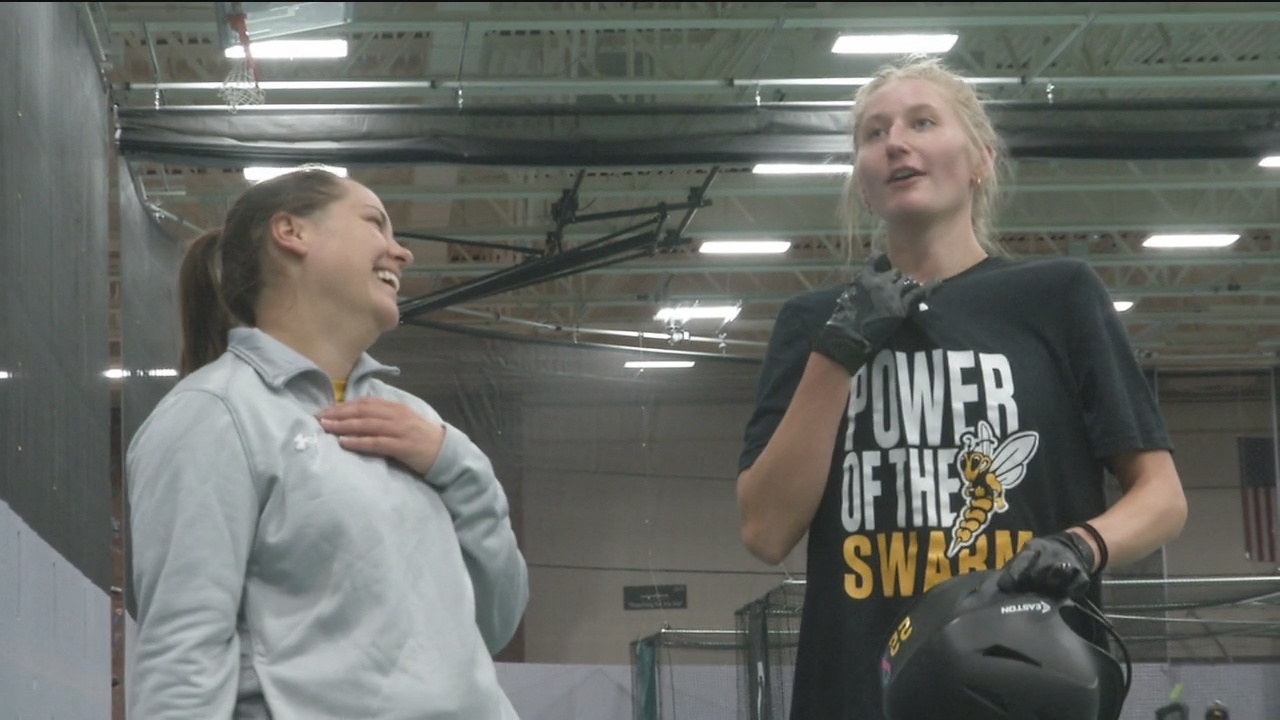 For this week’s segment, we feature a pair of UW-Superior sisters taking over for their softball team.

SUPERIOR, Wis. “It’s great to have a sibling, and the best part is when you need them, they’re always there. The same can be said for a pair of UWS softball players, making progress on their team.

UWS softball players Tayler and Kaela Kraemer have played the sport together since they were little.

“It’s amazing to be able to experience this with my sister, softball, college, all that roommate stuff, it’s pretty awesome,” said older sister Kaela Kraemer, a shortstop.

“Usually they’re really, really supportive, which I love, especially each other, but when it comes to family, that’s what you want, and I think they’re sort of , they bring this dynamic of supporting and pushing each other other than we want everyone to do,” Coach Fracker said.

Kaela played at Madison College before transferring to UWS upon hearing that Tayler was going through a difficult transition from high school to college.

“I guess it was a good feeling where it was like, okay, that’s a good reason for me to come back,” Kaela said.

And with that transfer came Tayler’s confidence.

“I really can’t think of another pitching and shortstop duo that could have a better connection than us because we’ve literally spent our whole lives together, I mean, she’s my best friend and my sister. one,” Tayler said.

This dynamic is reflected every day on the ground for the Kraemer.

“I know it’s huge for her because she knows when the ball hits me, that I’m probably going to get it, and she has a really good idea of ​​what I can get, and I can trust her to hit. her spots, to be able to change with her locations, so that’s really important to us,” Kaela said.

The sisters are off to a fast start so far this season, as they have already won two UMAC Player of the Week awards.