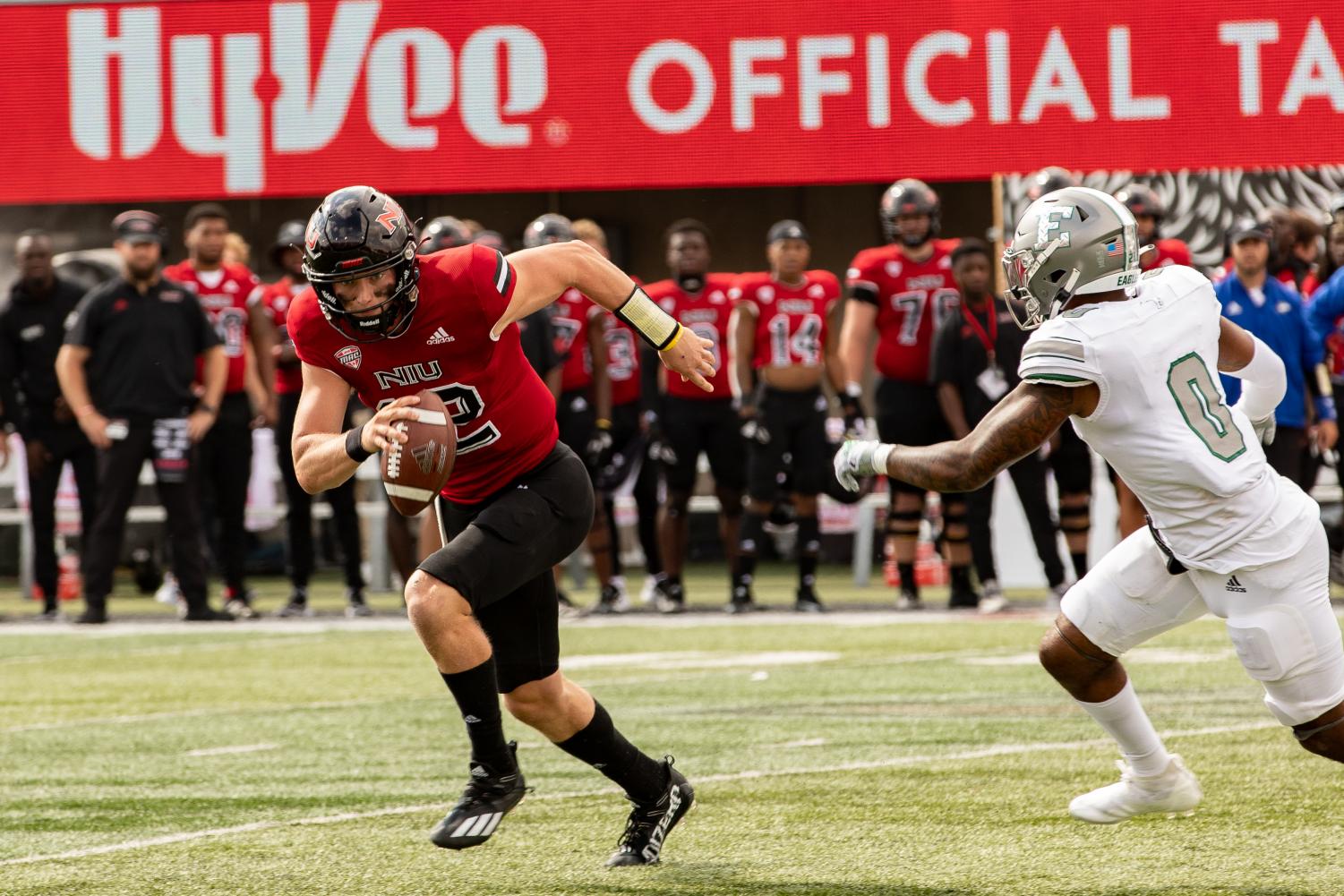 NIU restarts half of the year against the Falcons

DeKALB — The second half of the Huskies football season begins at 2:30 p.m. Saturday in DeKalb when NIU hosts the Bowling Green State University Falcons.

The Huskies are off to a 4-2 start and are coming off a late 22-20 win over the University of Toledo Rockets last week. The win comes behind five field goals from redshirt sophomore John Richardson, earning him MAC Special Teams Player of the Week honors.

Even with its best record to start a season, head coach Thomas Hammock said his team is still looking to improve with six conference games remaining.

“We still want to play a full game of football, and we haven’t done that yet,” Hammock said. “We have to play clean and take advantage of the opportunities that arise. These are things we can continue to do better.

For players who joined the Huskies in a season shortened by COVID-19, Saturday’s game and beyond will further test their abilities to withstand a full season of college football. Under a physically demanding style of play, Hammock and his coaches pushed players into the weight room.

“I think they have a good defensive scheme,” Hammock said. “(Lewis) has a lot of things that I know at the NFL level in terms of creating matchups, creating lags and trying to bring different pressures. We have to make sure we do a good job of protecting passes and identifying fronts and looks to protect our quarterback in the pocket.

The Falcons’ offense is led by senior quarterback Matt McDonald, who finished a game with a high 23.2 MAC in a high passing offense. Redshirt senior linebacker Lance Deveaux Jr. said the defensive focus will be reading the offense with his eyes.

“Bowling Green is an offense that likes to play with your eyes,” Deveaux said. “They’re going to try to throw tricks at us and I think eye discipline is going to be important this week.”

Kickoff is scheduled for 2:30 p.m. CST Saturday at Huskie Stadium with the broadcast on ESPN+.