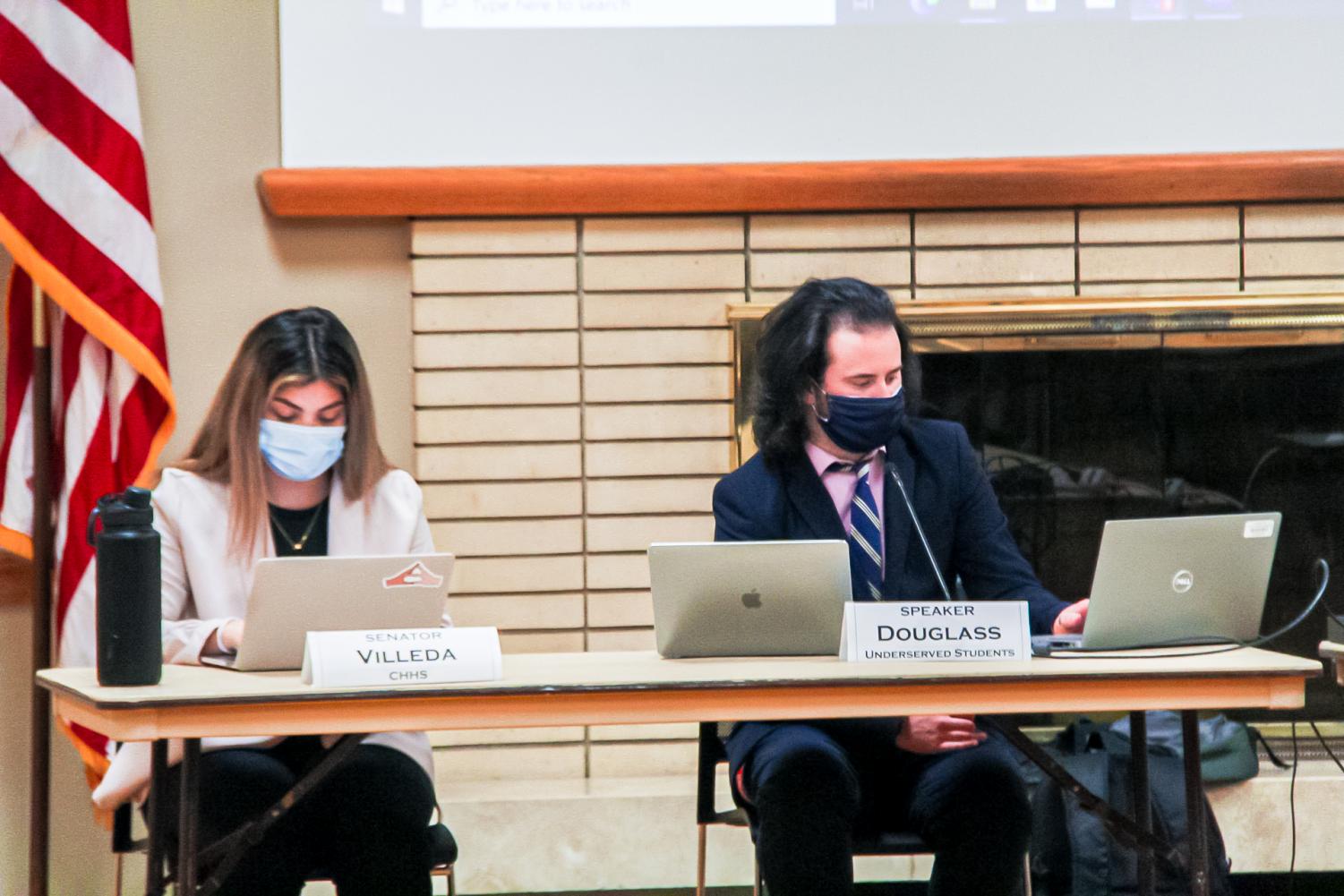 DeKALB – NIU Acting Chief of Police Darren Mitchell spoke about how police need to earn the public’s trust, be accountable and more transparent at the Student Government Association Senate meeting on Sunday.

Building trust between police and the community is important because of events in recent years, such as the murder of George Floyd, Mitchell said.

“I’m responsible for 10,000 students, approximately 4,000 faculty and staff, and approximately $3 billion in property on this campus,” Mitchell said. “But because our students live on campus, we work closely with the city council to make sure we meet their needs and protect them.”

Mitchell has been dealing with public safety concerns and issues on campus for five months since becoming chief.

Public safety is a community-shared responsibility, and people need to work together to care for the community, Mitchell said.

“We work hard to identify people who come here to cause harm or present hardship to our university community, and we work to ensure that we mitigate those people and prevent them from harming our students,” Mitchell said.

Mitchell recommended that all students download the NIU Safe app due to the importance of all the technological advancements the app provides in enabling direct connection to the NIU Police Department.

The NIU Safe app has a chat option where students can anonymously report to the police or ask a question directly to a police dispatch. This option is for non-emergency situations and Mitchell recommended that everyone call 911 in an emergency.

Students can mark their destination, and if they give permission, NIU police can track their location to ensure the student gets there safely. If the student does not attend, action will be taken, Mitchell said.

The job as police chief is a 24/7 job, and Mitchell said his door is always open to anyone who can speak to his concerns.

The senators confirmed the students for new positions, including Assistant Treasurer, Senator General, Chair of University Services Oversight, and Sergeant-at-Arms.

Morgan said she wanted to get involved with the SGA to better the NIU community. She is currently treasurer of her Sigma Sigma Sigma sorority until November.

“I’ve always been interested in finance,” Morgan said. “I really liked my position as treasurer and I wanted to continue this work. I feel like I have a lot of experience and have also made a lot of connections in the DeKalb community.

“I believe that by improving effective communication between faculty and students, we can increase engagement in organizations beyond new members,” McCue said. “I started developing an initiative with the Office of Financial Literacy, creating tools for students at all colleges to build their future well.”

McCue has been a student since 2015, so he’s gathered all the different perspectives from his friends throughout his time on campus, McCue said.

“He seems to have the knowledge base,” Senate Speaker Dallas Douglass said. “I think having been on campus for six years is definitely an asset. He has been involved in several departments and organizations and will provide perspective on the Senate.

Green was unanimously approved to be the Chair of University Services Oversight.

“I’m very open about being queer and trans, and being in the field, I know the areas where NIU really shines where it lacks,” Green said. “I have my own experiences, and I also have the experiences of my friends and other students I work with. As chair of this committee, I would like to help NIU achieve its full potential.

Clayton Schopfer, a senior political scientist and Spanish major, was unanimously approved to be the Sergeant-at-Arms. He was acting sergeant-at-arms last spring.

Schopfer said that position involves making sure all rules are followed in meetings. If people are talking out of order, being disrespectful, or using their devices inappropriately, he needs to deal with it.

“I’ve held leadership positions before, I’m currently in leadership roles, and I think I have a really good working relationship with the president and the vice president,” Schopfer said. “I believe I am fully prepared to preserve order and decorum.”