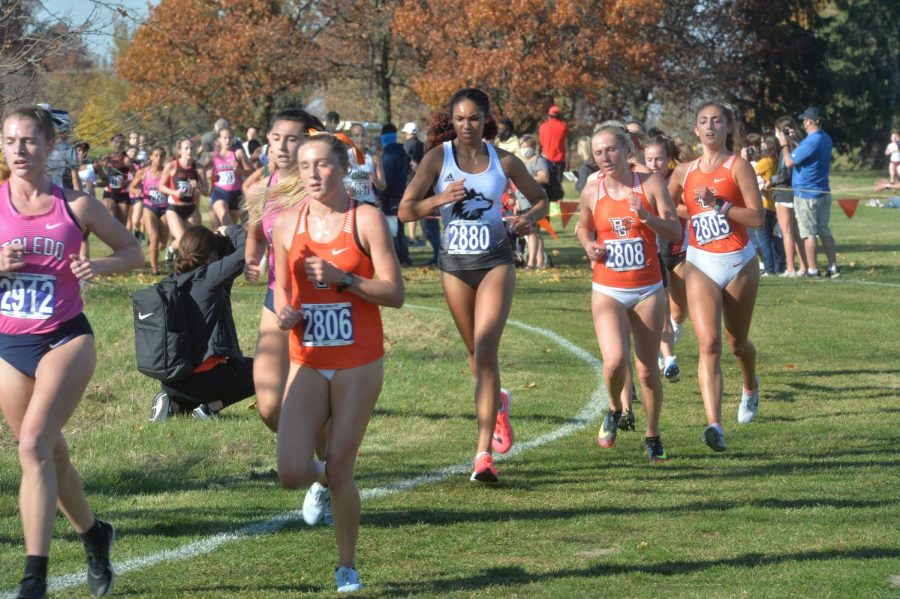 DeKALB – The Huskies crossed the finish line in 12th place as a team on Friday afternoon in Peoria, Illinois at the Bradley “Pink” Classic. That’s a 17-place improvement from the team’s 29th-place finish at the same event last year. Senior Brooke Valentine once again led the Reds and Blacks field, placing 18th overall.

“I think we raced pretty well, we had a pretty solid race,” Moreno said. “We still have four women who are absent at the moment and we hope to have at least two back in two weeks for the MAC (Championship).”

Valentine excelled in a competitive race, breaking the 2km mark in 28th at 7:26.8 and in the thickness of the leading pack. Running near-negative split times, she found herself moving up 10 places and finishing with an impressive time of 22:49.7. It is his fastest 6 km of the year.

Sophomore Joy Jackson also recorded her fastest 6k of the year and scored the second for the Huskies with a time of 23:35.4. She flirted with a top-30 finish with her increased pace in the 5k, before finishing 41st overall.

The other Huskie runners used to run together and walk together. Sophomore Emma Vorpagel and junior Julia Finegan placed 100th and 104th with times of 25:11.6 and 25:22.9 respectively. Sophomore Olivia Southby and rookie Sarah McLaughlin rounded out the team with rankings of 145th and 148th, finishing four seconds apart.

Grand Valley State University easily won the gold medal in the women’s white race, with all five scorers finishing in the top 10. Sophomore Madison King of Purdue University Fort Wayne won the individual crown with her time of 21:36 ,2.

The Bradley “Pink” Classic wrapped up regular season action for NIU Cross Country. They will then compete in the MAC Championship race in Athens, Ohio on Saturday, October 29.

2022-10-15
Previous Post: Music Against Homelessness: Gig raises £10,000 for the Simon community in Northern Ireland
Next Post: The future of Northern Ireland manager Ian Baraclough will be discussed at the Irish FA board meeting on Thursday