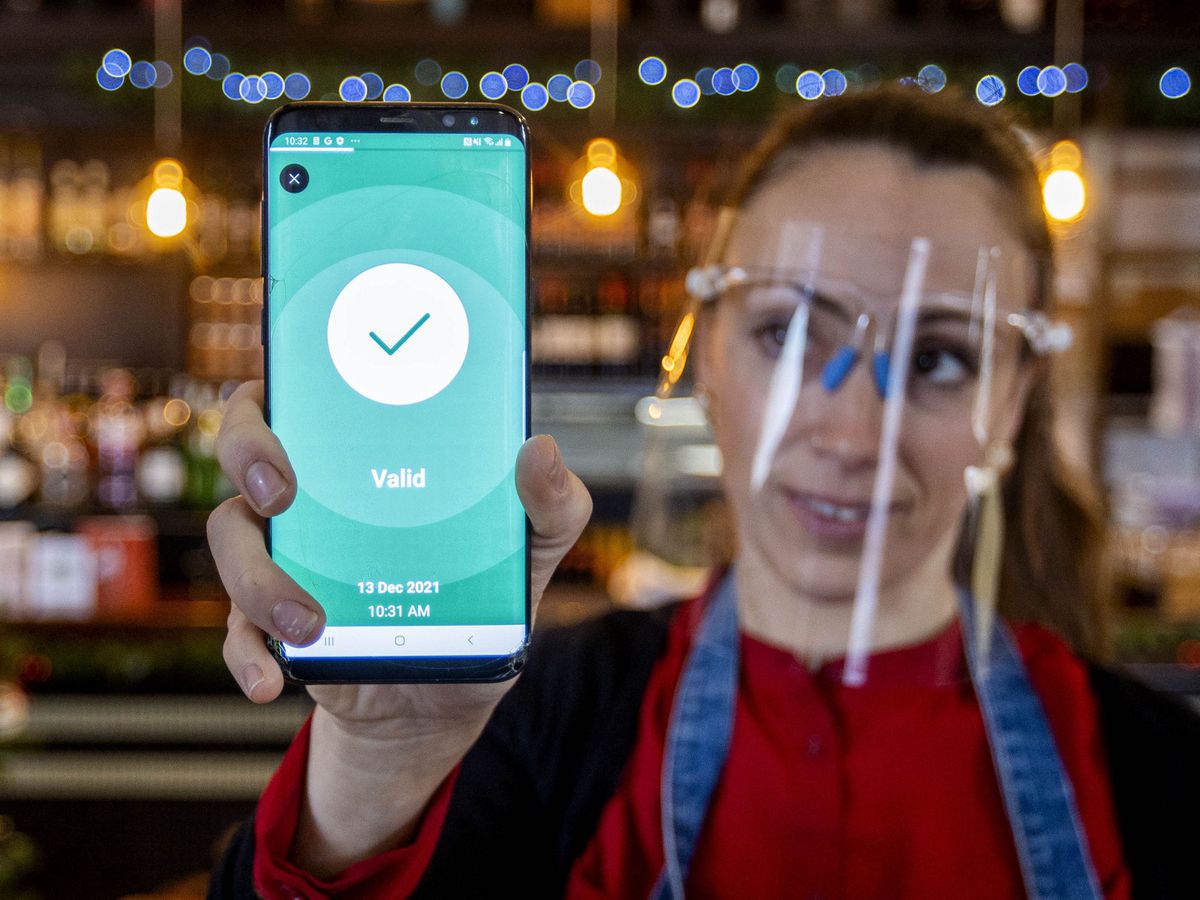 Ministers consider reducing use of Covid certification in Northern Ireland

Entry requirements for Covid certification could be waived at a number of hospitality venues in Northern Ireland, the Prime Minister has said.

Paul Givan said that while he would fully support scrapping compulsory certification, he expected a majority of ministers in the Power-Sharing Administration to back proposals to keep the system in high-risk settings.

Mr. Givan’s comments come ahead of an executive meeting on Thursday afternoon.

Laws requiring people to prove their Covid status to access a range of hospitality venues and high-traffic events were introduced last November.

The move proved politically controversial, with Mr Givan’s DUP party voting against the scheme while Stormont’s other four executive parties backed it.

Customers wishing to access nightclubs, pubs, restaurants and other licensed premises were required to provide proof of vaccination or a negative lateral flow test result or proof of previous Covid-19 infection.

The same rules apply for entry to large indoor and outdoor events, such as concerts and sporting events.

A phased approach to system shutdown could see the requirement removed in settings such as pubs, restaurants and cinemas, with certification retained for nightclubs and certain other settings.

Nightclubs have been closed in Northern Ireland since December 26 as part of a series of restrictions agreed on December 22 in response to the Omicron Variant.

Ministers also imposed new measures on the rest of the hospitality sector, including a return to table service and a ban on dancing.

Ministers are expected to announce the removal of the majority of the December restrictions after Thursday’s meeting.

This should be part of a phased approach to lifting the remaining Covid restrictions in the region.

Ahead of the meeting, Mr Givan reiterated his party’s opposition to Covid certification.

“I would like them lifted entirely because we didn’t think the evidence existed to justify their introduction. We think it was incredibly controversial and entertaining at a time when we needed to focus on key public health messages that actually worked.

He added: “Where I can make progress even in terms of reducing its application in some contexts, I will support reducing its use, but my preference is for the mandatory Covid passport regime to be removed and entirely, but I expect it will be suppressed in some settings. »

Deputy Prime Minister Michelle O’Neill expressed hope on Wednesday evening that the executive can make “positive strides on the Covid front, and particularly on restrictions while of course being guided by health advice “.

Mr Givan and Ms O’Neill are in Londonderry on Thursday morning for a visit and will remain in the city to chair an executive meeting virtually.

The outcome of the Covid restrictions deliberations are due to be announced at a press conference in Derry on Thursday afternoon.

The executive meeting will be informed by the latest data from the Department of Health which indicates that Northern Ireland is likely to be at the peak of cases in the Omicron surge.

A ministerial document, seen by the PA news agency, says the number of cases has dropped significantly over the past week “mainly due” to the reduction in PCR tests due to a change in testing policy.

But he notes that the region is “likely to be at or around the peak in terms of the number of cases for the Omicron wave right now”.

The document says the true scale of the increase in cases is masked by the impact of the change in testing policy, with confirmatory PCR tests no longer required.

The data suggests that between one in 15 and one in 20 of the population tested positive for the virus in the week to January 7, indicating around 18,000 cases per day, consistent with the central and pessimistic scenarios presented in mid -December.

Hospital admissions and Covid bed occupancy have increased over the past week, but have started to slowly decline in recent days.

The document notes that Northern Ireland could see a second peak in the number of cases in the next two weeks due to further spread of the virus among school-aged children.

He notes that the severity of Omicron appears to be “significantly reduced” compared to the Delta variant, and it is “likely that the current measures will be sufficient to keep the maximum number of hospitals at a level significantly lower than last January. “.

However, the document warns that very high levels of community transmission can lead to significant staff absences, which could reduce the capacity of health trusts.

On Wednesday evening, Mr Givan said the self-isolation period for Covid-19 will be reduced from seven days to five from January 21.

Earlier this week there were calls from the business community for easing restrictions.

Belfast Chamber chief executive Simon Hamilton said predictions of how hard Omicron would strike were “far off the mark”, but added that the effect of the restrictions on business was “very real”.