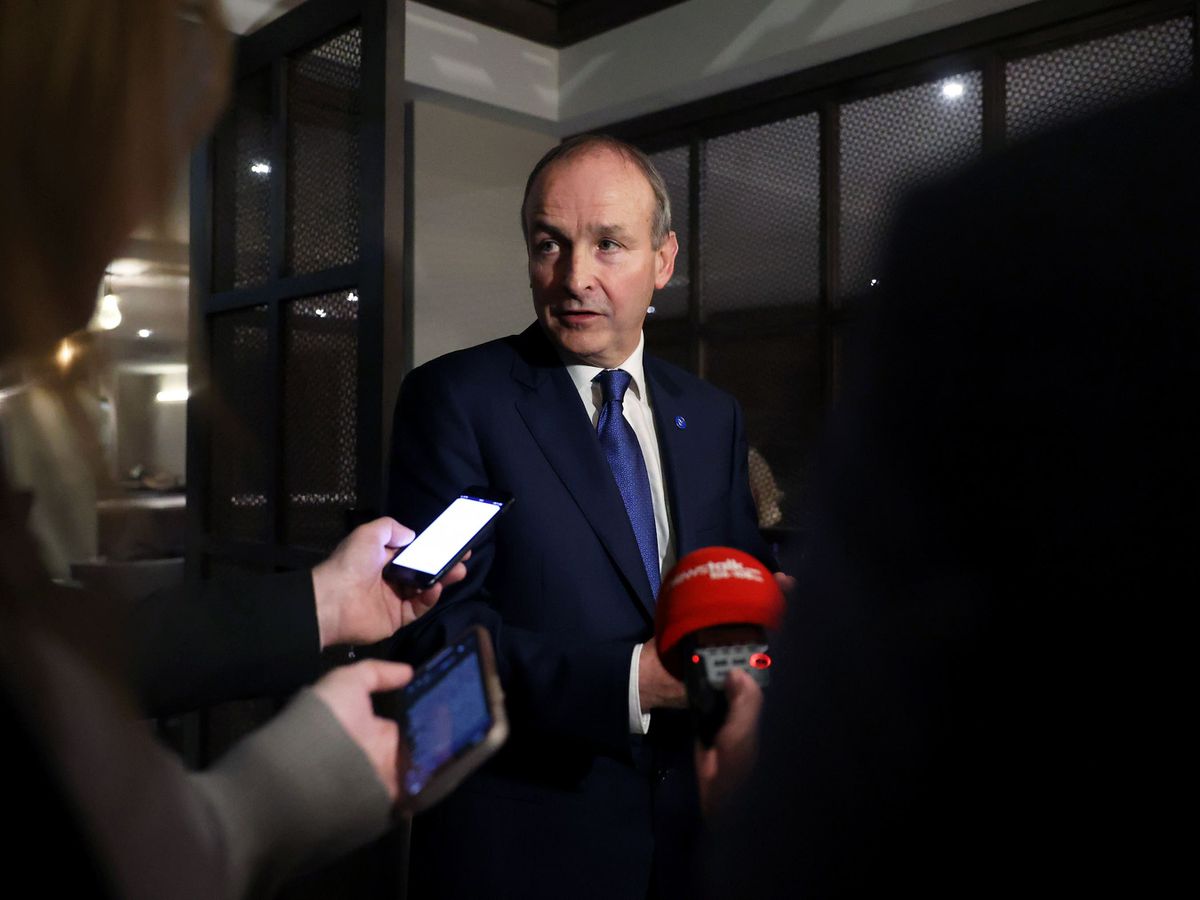 The Irish government wants “meat on the bone” to resolve the problems of the Northern Ireland protocol, the country’s Prime Minister has said.

Taoiseach Micheal Martin said the background music was improving but needed to be harnessed to result in a resolution of the impasse.

The Fianna Fail leader added that he and British Prime Minister Rishi Sunak had agreed there was a “window of opportunity” to address protocol issues.

Mr Martin made the remarks after a meeting with Mr Sunak at the Anglo-Irish Council summit in Blackpool on Thursday.

“From a government-to-government perspective, we want to see meat on the bone,” Martin said.

“The mood music is getting better, now we need to translate this into a resolution, a negotiated resolution between the UK and the European Union.”

He added: “There is now a very good window of opportunity here to resolve this issue.

“I think we have all agreed to stay focused on this issue with the European Union to have a negotiated resolution of the issues.

“It is very clear to me that the Prime Minister wants a negotiated resolution.”

He added: “This, in turn, would facilitate stability in terms of the political situation in Northern Ireland, the restoration of the Executive and the Assembly.”

Mr Martin described Mr Sunak’s decision to attend the summit as “significant”, adding that his participation had been “well received”.

It is rare for a British prime minister to attend Anglo-Irish Council summits, with Mr Sunak the first prime minister since Gordon Brown in 2007 to go.

“He took the first opportunity to engage with me and we appreciate it,” the Taoiseach said.

“I think it also strengthens the Anglo-Irish Council, which is a key part of the Good Friday Agreement.”

She called for an intensification of talks between the UK and the EU on the Northern Ireland protocol, welcoming Mr Sunak’s presence at the summit.

“We need more than a change of background music,” Ms. McDonald said.

“We need clarity and certainty on how the British intend to use the next few weeks to ensure that we start 2023 with the Assembly and the Executive in place.

“There is growing frustration that six months after the election and in the midst of a cost of living crisis, the DUP continues to prevent the establishment of institutions.

“We are ready to form the executive, just like the other parties, and the indecision and reversals of the British government are not helping in an already difficult situation.

“We need to see intensified talks with the EU and we need an end to unilateral actions, including stopping their protocol bill. The next few weeks are critical.