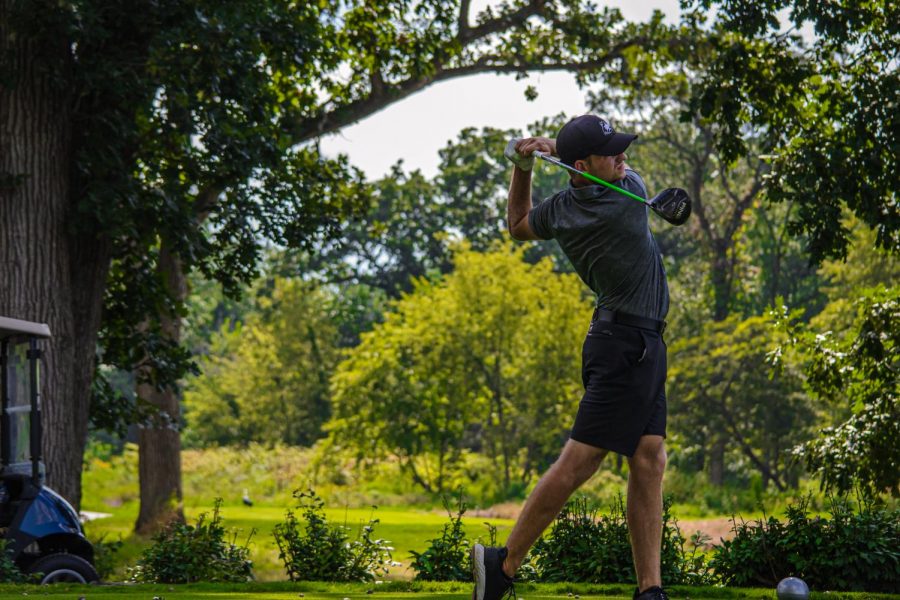 Huskies tie even with Illinois State in Iowa competition

FromKALB – Men’s golf earned its best result of the spring competitive schedule yet after tying with Illinois State University for 11th place on Sunday. NIU hit 28 times par at the Hawkeye Invitational hosted by the University of Iowa in Iowa City, Iowa.

NIU’s finish allows them to bounce back from their last place finish at last weekend’s Aggie Invitational in Bryan, TX. The Huskies were seeded 12th out of a 12-team field at the April 9-10 competition.

“We showed some improvement in our score this week in windy conditions up to 25 miles per hour,” head coach John Carlson told an NIU Athletics. Press release. “We converted 36 birdies this weekend, twice as many as a week ago at Texas A&M. We were also second in the tournament in scoring by fives.”

Graduate student Michael Cascino and senior Reece Nilsen led the way for NIU on the first nine holes of the tournament. Cascino landed birdies on the third and fourth holes before hitting a bogey on the fifth to leave it one under par for the first half of the first round. Nilsen hit par on nine holes with his pair of birdies offsetting a pair of bogeys.

Nilsen remained consistent for the rest of the first round to finish as NIU’s top performer of the round tied. Freshman Ben Sluzas reduced his normal score halfway through the round by one shot to reach a first-round shot count by one shot. A pair of bogeys and a double bogey from Cascino resulted in a higher score of three.

NIU finished the first round in a battle for 10th place with the University of Cincinnati. The two teams shared a score of 10 over par after Friday’s first round. The initial individual standings standings saw Nilsen caught in a seven-man tie for 12th place.

The Huskies opened the second round stronger than their performance in the first nine holes of the first round. Cascinto and Sluzas each hit par one under while Nilsen kept his score tied.

Sluzas became the NIU team’s MVP at the end of the second round. The Lockport freshman scored an even-to-even number of shots. Nilsen came just behind at one over par. Continued struggles on the 13th hole contributed to Cascino’s second-round score of three over par. The Butler University transfer student had a clean four-stroke count in the final nine holes of each of the first two rounds.

NIU found itself in another tie to close play on Friday, this time with James Madison University. Both schools hit 18-over on Friday to earn ninth place. Nilsen moved up the individual standings and was joined by Sluzas as the two were engaged in a four-way tie for 11th place.

Nilsen held on tied after the first half of the third lap while everyone else on the team was one over par at the halfway point. The struggles had their greatest impact on the last nine holes of the competition

Nilsen, Sluzas, Cascino and junior Zach Place added 13 combined hits to their scores. Senior Tommy Dunsire was the team’s only competitor to show improvement in the final nine holes to finish the third round one under par.

The Huskies finished the third round with a net score of 10 over par after tallying the team’s top four competitor scores. The performance dropped NIU two spots in the standings to finish neck and neck with Illinois State University in 11th place out of 14 teams.

Extra shots from Nilsen and Sluzas in the final round dropped the two to tie 27th and tie 32nd in the individual standings respectively. Nilsen was NIU’s top performer in the five-over-par event.

Senior Luke DeHaven competed as an individual in the tournament, finishing in a 46th-place split four alongside teammate Dunsire. Both golfers surpassed the par 10 between the two days of competition.

The 28th-ranked University of Kansas took first place with a team score of 12 under par. The Jayhawks finished two strokes ahead of tournament host and runner-up Iowa. Kansas senior Harry Hillier, the nation’s 98th player, earned individual honors after hitting eight under in the two-day event.

NIU has one more event on its spring schedule before the Mid-American Conference Championships begin on April 29.

The Huskies are taking another road trip for their next outing at the Robert Kepler Intercollegiate hosted by Ohio State University. The competition will take place Saturday and Sunday at the Columbus Country Club in Columbus, Ohio.