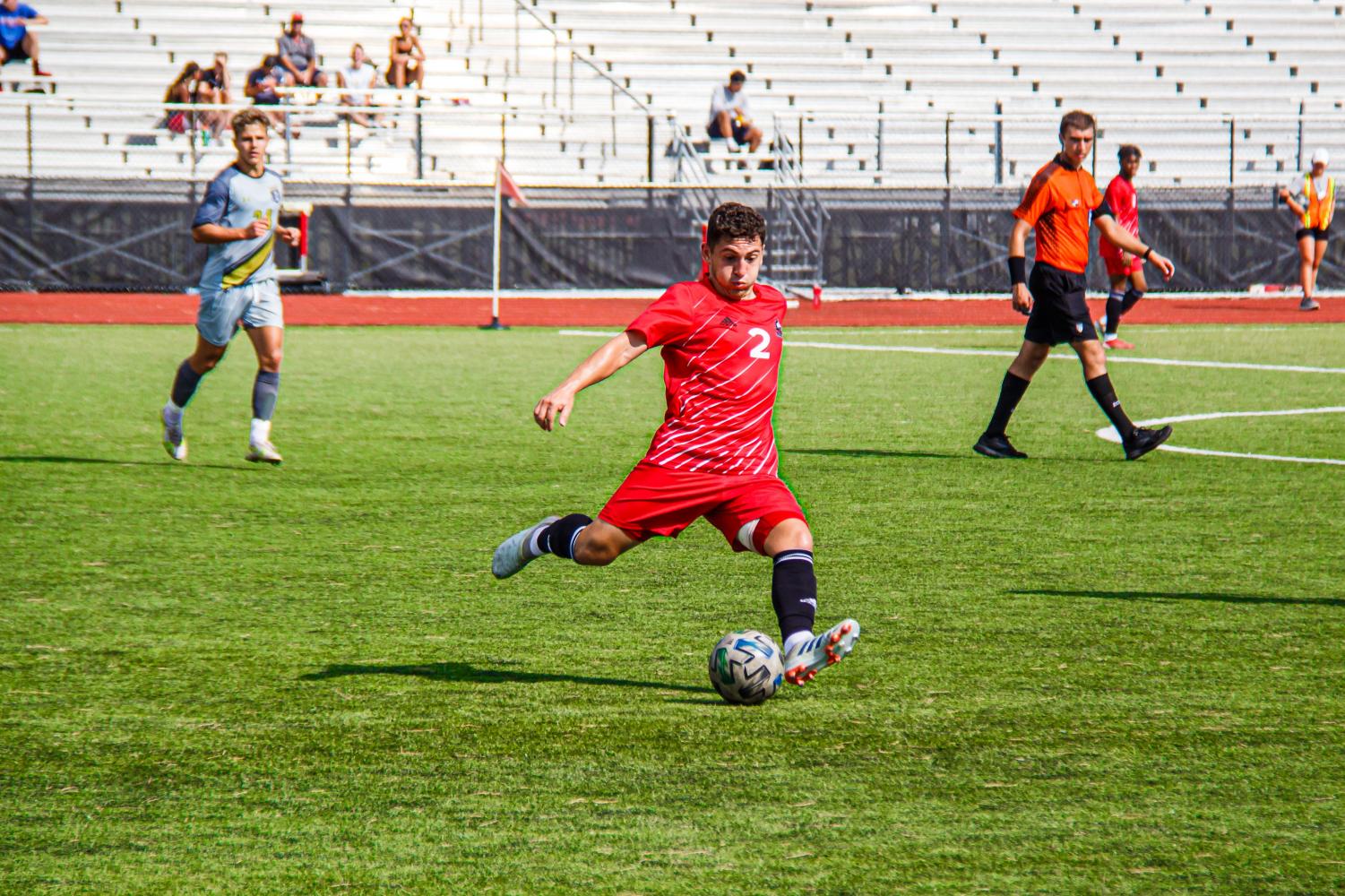 Men’s football drops to 1-1 in a road loss to the Fighting Irish.

Senior midfielder Adrian Corona throws an assist in NIU’s Aug. 26 win over Purdue-Fort Wayne. NIU is now 1-1 after a 2-0 loss to the Fighting Irish of Notre Dame.

The Huskies struggled to keep up with the Fighting Irish, a team that started this season by throwing Indiana University No.2 into overtime on Aug. 27. Despite a 57% possession rate, NIU couldn’t match Notre Dame’s offense.

Head coach Ryan Swan said NIU was not level when it came to skills and victims of an unlucky first-half rebound.

“I thought there were a lot of great times for us,” Swan said in an Aug. 30 NIU Athletics press release. “Our ball movement was good and we had a lot of possession tonight, but they were more clinical than us at the end. We were unhappy on the first goal, with a deviation that came in and the second they took advantage of our mistake in the back and got to the goal very quickly. I think that was the difference between the two teams, we weren’t as clinical as them.

The Huskies and Fighting Irish each started the game on thin ice, with both teams receiving yellow cards in the opening two minutes. After NIU senior striker Roque Viegas Jr. was yellow carded, Fighting Irish graduate student midfielder Michael Lynch landed one of his own.

The two teams traded shots early, each having four shots on goal at halftime. The advantage after the first half was with Notre Dame after first-year striker Eno Nto scored in the 22nd minute on a deflection.

NIU had a chance early in the second half to level the game on a shot from junior forward Enrique Banuelos, but it went straight into the hands of second-year Notre Dame goalkeeper Bryan Dowd. Ultimately, NIU was outscored 17-12 in the contest.

The Fighting Irish increased their lead in the 70th minute. First-year forward Matthew Roou scored a goal thanks to assists from senior midfielder Ben Giacobello and senior forward Jack Lynn.

The Huskies failed to mount a charge and the Fighting Irish won 2-0 for their first win of the season.

NIU goes to 1-1 overall with the loss. The Huskies return home to the NIU soccer and track complex at 3 pm Saturday when they face the University of St. Thomas Bobcats.