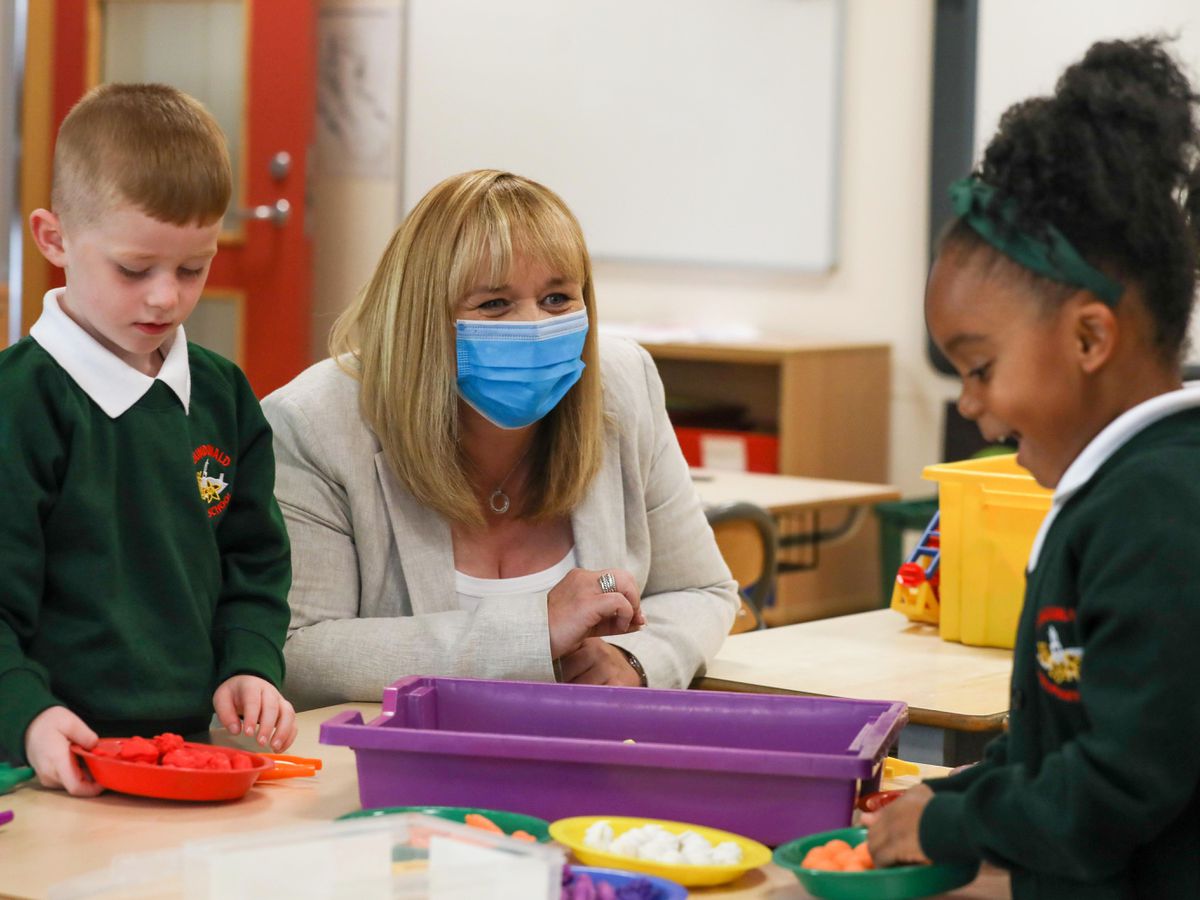 Mask rule in Northern Ireland classrooms to be lifted

The requirement for pupils to wear a mask in classrooms in Northern Ireland will end later this month, the education minister for Stormont has announced.

Michelle McIlveen said after reviewing the guidelines she decided that this recommendation would be removed from March 21.

Ms McIlveen said the number of Covid-19 cases among pupils was particularly high in January and much of February.

“This is also supported by pupil absences due to the fact that Covid-19 has now been reduced to levels not seen since before Christmas,” she said.

“I was aware of the need to balance the impact that wearing face coverings in classrooms has had on the transmission of the virus with the challenges that wearing a face covering for long periods of time has posed to our young people and the disruption it has caused to their education.

Ms McIlveen said the change brings Northern Ireland into line with the rest of the UK and the Republic of Ireland where post-primary pupils are not recommended to wear face coverings in classrooms. class.

“While I think we are at the point where the balance of relative risk is now in favor of removing this recommendation from advice, Covid continues to circulate in our communities and in our schools and we should continue to reduce the risks of Covid at our schools through the range of other mitigation measures that remain in place to protect all students and staff.

“It is for this reason that if someone wishes to continue using a face covering in class, I encourage them to do so.”