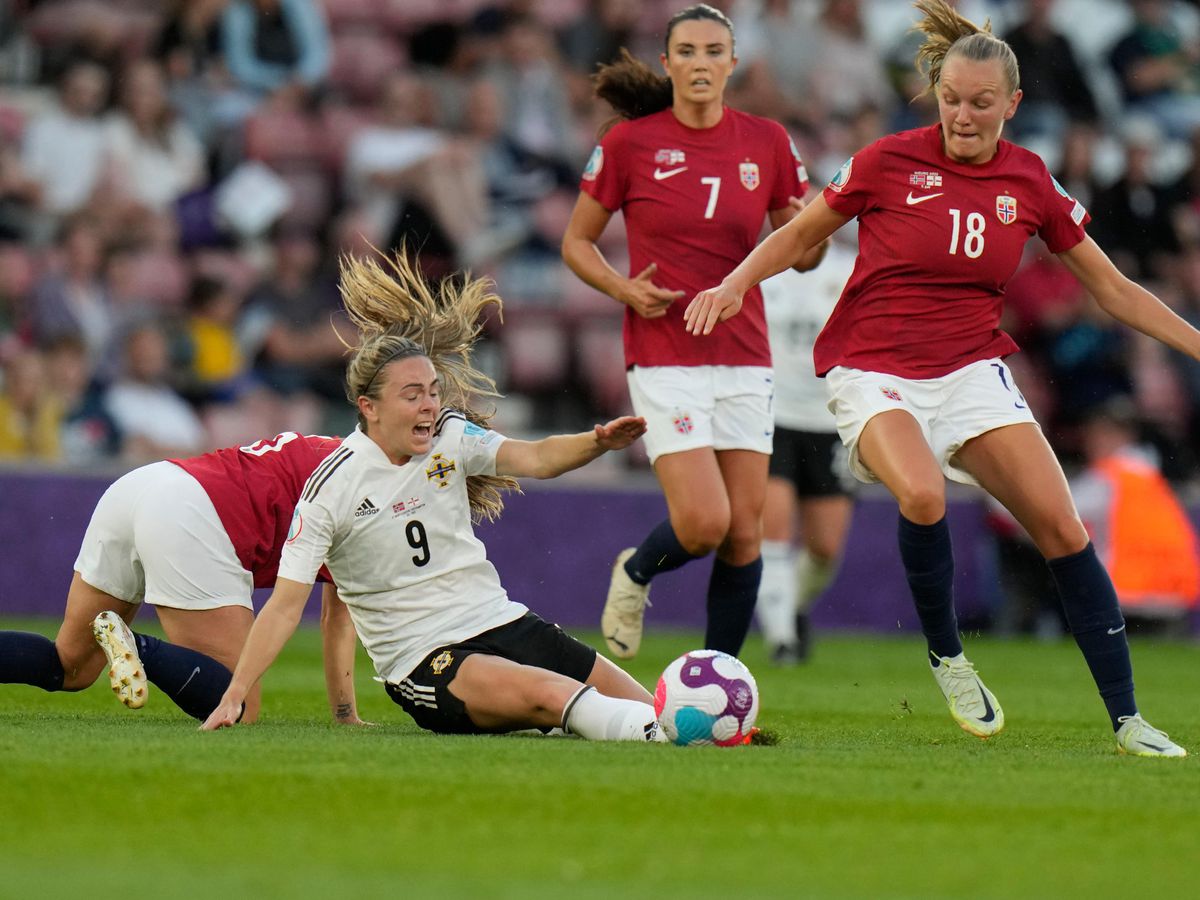 Northern Ireland captain Marissa Callaghan has insisted her side will play their next Euro 2022 fixture against Austria for injured striker Simone Magill.

Magill suffered an anterior cruciate ligament injury in Northern Ireland’s opener, a 4-1 hammering at the hands of Norway in Group A.

Callaghan believes her teammate’s injury will serve as further incentive for the rest of the squad as they look to bounce back with a positive result against Austria on Monday.

“The girls were heartbroken for Simone,” said the skipper.

“She’s a very important player for us and, on top of that, she’s a close friend.

“We always talk about this family unit that we have and there were a lot of tears for her, but it’s a massive incentive for us to come out and get a result for her.

“Tomorrow night it will be for Simone.”

Austria pushed England hard in the tournament opener with the hosts securing victory by just one goal, but Callaghan expects an improvement in Northern Ireland’s performance as soon as their first game.

“It’s amazing to be here in a major tournament and the most important thing for us is that we won’t be so nervous (against Austria).

“It’s completely out of the way and it’s the second game against a team that we really know.

“We’ve played Austria twice in the last eight months (in World Cup qualifiers) so we’ll go out and hopefully enjoy the game and hopefully get a result.

“I thought Austria were brilliant against England. They prepared very well and gave England a very good game. They are a top team.

Austria defender Carina Wenninger admitted the pressure was higher than in her opener at Old Trafford but remains positive ahead of Monday’s South Coast clash.

“The expectations and the pressure are higher than in the first game,” Wenninger said.

“We can run it the way we want, that’s a fact. But, in general, it is good that (these) expectations exist.

“Me and the team think this is a good opportunity for us to play our football and approach everything in a positive way.”