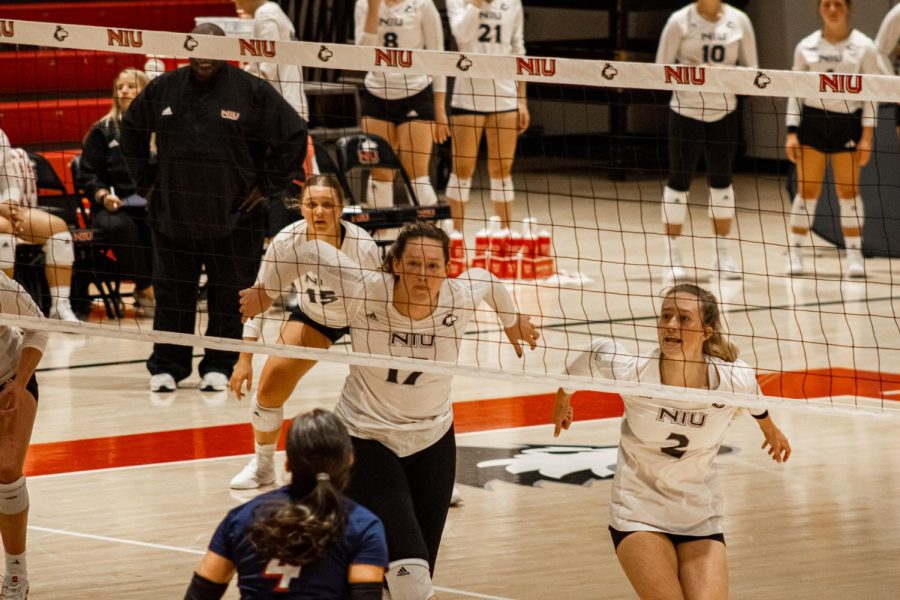 The Huskies lost eight combined years of experience after middle tackles Jasmine Kemp and Angie Gromos left in the offseason. NIU was able to return some of that experience to its middle blocker group with the acquisition of junior middle blocker Sammi Lockwood.

Lockwood’s year, as it appears on NIU’s current list, however, can be misleading. It’s for a simple reason: Lockwood is already a college graduate.

Lockwood came to NIU over the summer after playing three seasons for the University of Notre Dame Fighting Irish. After graduating from high school, Lockwood set out to find another team to spend his final days playing college with.

“Once I realized I could graduate and still have two or three years of eligibility, I knew I wanted to continue, but at another university,” Lockwood said.

A mix of sports

Players usually start their volleyball careers at various times during their youth. Lockwood’s volleyball journey began when she was in college. His decision to take up sports appeared as an alternative to popular sport in his circle.

Lockwood said she comes from a family that has raced across country all her life. She ran her first 5k in seventh grade with her mother. The moment came when there was no more thrill in the race.

“I just didn’t want to do it in seventh grade anymore,” Lockwood said. “I had to play a sport, it was our family rule, so I chose volleyball.”

Prior to her volleyball days, Lockwood was a lifelong soccer player who played it her entire life. She credits her football experience with helping her adapt to a new sport.

“Football helped me a lot in my transition to volleyball,” Lockwood said. “Just being able to move very quickly because midfielders have to move laterally a lot, very quickly.”

When it came time to recruit Lockwood, NIU volleyball head coach Ray Gooden said the process required everything to fall into place correctly.

“Sammi was a highly recruited player from the suburbs; played for a local club that we are linked with,” Gooden said. “(She) committed to her last school pretty early.”

Once another opportunity to recruit Lockwood presented itself, Gooden said every step of the process had to go exactly as planned.

“When all of this happened, a lot of things had to be right,” Gooden said. “She worked very, very hard to make sure everything went well. We tried to do our part so as not to spoil things. Then we were able to have it in the summer.

Lockwood’s time at DeKalb made Gooden believe that having him on the NIU team proved beneficial.

“It’s been great for us since she’s been here,” Gooden said. “Her ability to work and help others around her to improve are very good attributes for her.”

The benefits of Lockwood’s transfer were felt on both sides of the arrangement.

“There were a bunch of things that initially drew me to Northern,” Lockwood said.

It’s not about what you know. It’s who you know.

Lockwood knew Gooden even before he came to play for the Huskies. As a former Fighting Irish, Lockwood was teammate with outside hitter Charley Niego for all three years. Niego, who has since transferred to the University of North Carolina-Chapel Hill, has family related to Gooden.

“His (Niego’s) family is really, really close, like family friends, with Ray,” Lockwood said. “Once I started talking to them, I got even more information about how much they liked him.”

The Cary native also had direct experience with Gooden early in her time at Prairie Ridge High School.

“My freshman year of high school, we did a team camp here (at NIU) and I really liked the way he (Gooden) ran things,” Lockwood said.

Lockwood is now looking to become a valuable asset to his new team in his fourth prom season.

“I really want to cement that I want to be a good part of the team,” Lockwood said.

Like many things, however, accomplishing this was easier said than done.

“It was a bit difficult for me at first because I wasn’t in a leadership role at Notre Dame,” Lockwoodi said. “Ray and Joe (assistant coach Yohannehs “Joe” Davidson) pushed me to use my voice. I have my experience and they want me to use it.

One of Lockwood’s greatest assets during her transition to NIU was her teammate and roommate, junior right hitter Emily Dykes. Both players are in their first seasons as Huskies, but Dykes has a semester on Lockwood after the former was traded last spring.

“Since I was here in the spring, I’ve really helped her adjust,” Dykes said. “We are both going through these new things at the same time. It was helpful to both of us, not just me.

The time spent building a connection with each other has also helped the two players communicate on the pitch on game days.

“We had time before the season even started to build a relationship,” Dykes said. “We just talk to each other easily. I just feel like it flows really well.

It didn’t take long for Lockwood to make his presence felt by Victor E. Court. She has been a member of NIU’s starting lineup in the last 10 games played so far.

Standing at 6-foot-3, Lockwood is the tallest Huskie on the list. Her size, combined with her past playing experience at a Power 5 school, helped her lead NIU in several stat categories.

Lockwood is second in kills (90) and kills per set (2.65) this season. She is only behind senior outside hitter Katie Jablonski and slightly ahead of junior middle blocker Charli Atiemo in this ranking. On the defensive side of things, Lockwood leads the Huskies with 37 blocks and 1.09 blocks per set.

Lockwood and the Huskies will be looking to build on their success as they head into the Mid-American Conference portion of their schedule.