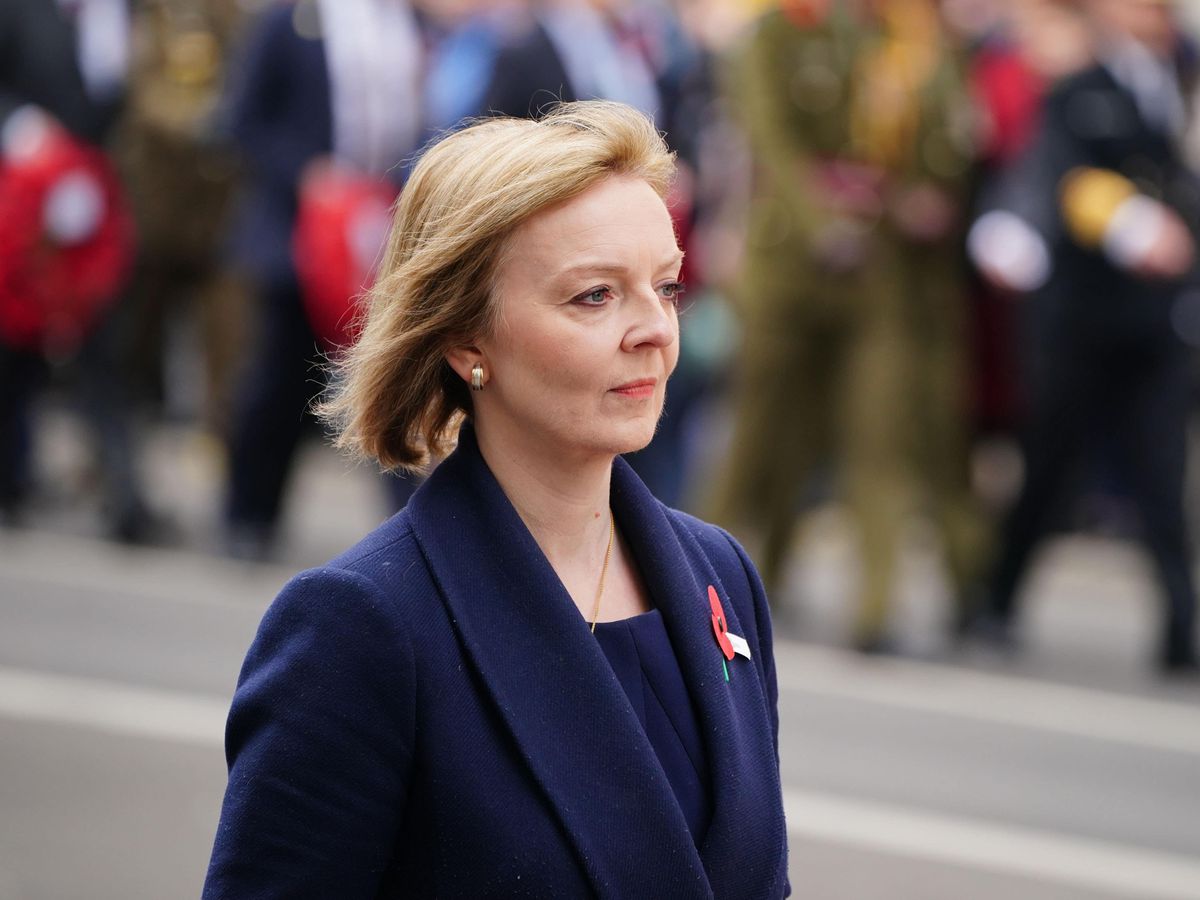 The Foreign Secretary has reportedly decided to reject large parts of the Northern Ireland Protocol after backing down from Brexit talks with the EU.

The Times reported that officials working for Liz Truss had drafted a bill to unilaterally remove the need to screen all goods sent from Britain for use in Northern Ireland.

The law would also ensure that businesses in Northern Ireland can ignore EU rules and regulations and remove the power of the European Court of Justice to rule on matters relating to the region, according to the newspaper.

Importantly, the bill would override the protocol agreed by Prime Minister Boris Johnson in 2019 and mean the UK had defaulted on its obligations under the Brexit deal.

The Times said Ms Truss would have wrapped up talks with the EU and been told the bill could lead to a trade war with the bloc.

It comes after The Sunday Telegraph said Ms Truss was facing opposition from Cabinet, particularly Chancellor Rishi Sunak and Communities Secretary Michael Gove, to her plan to tear up the protocol.

Sir Jeffrey Donaldson, meanwhile, said he would not return the DUP to power-sharing until the issue was resolved, suggesting that the prospects for a rapid return of the devolved executive from power-sharing to Stormont decline.

MPs returned to the Parliament Buildings on Monday and party leaders were also holding separate meetings with Secretary of State Brandon Lewis.

Sinn Fein Vice President Michelle O’Neill said the DUP and the UK Government must accept and respect the democratic outcome of the Northern Ireland Assembly elections.

The Prime Minister has said he does not plan to become personally involved in the Northern Ireland talks, while Downing Street has played down the announced Cabinet split over the protocol.

Asked about the government’s position on the protocol and whether there are divisions in Cabinet over proposals to unilaterally scrap it, Mr Johnson’s official spokesman said: ‘I wouldn’t say that at all.

“I think our preference has always been for a negotiated solution to fix the protocol and we have made it clear that we will take further action if solutions cannot be found.

“No decision has yet been made on how to proceed. The Deputy Prime Minister has clarified the situation, it is very serious.

He insisted that the proposals put forward by the European Commission “do not go far enough to make the protocol sustainable”, adding: “We believe (they) would set us back from where we are today. today. No decision has therefore been taken. But we reserve the right to act.

The line echoed earlier comments on Monday by Tory MP Michelle Donelan, in which the Universities Minister said scrapping the protocol was “on the table as one of the options” following Sinn Fein’s success in the Stormont elections.