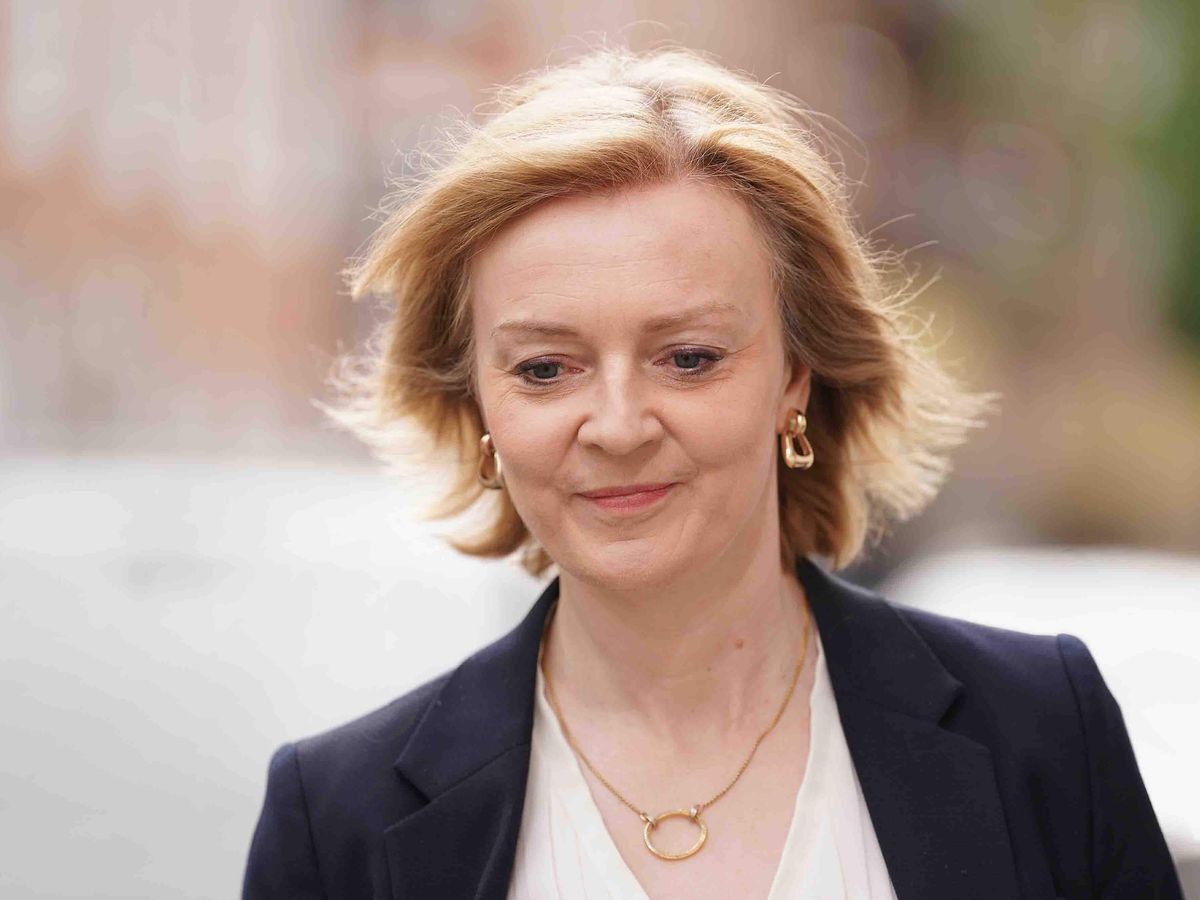 The Foreign Secretary is due to meet a senior Democrat on Saturday as tensions rise over controversial UK plans to crush parts of the Northern Ireland Protocol.

Liz Truss and International Trade Secretary Anne-Marie Trevelyan are expected to hold meetings with a bipartisan congressional delegation led by Richard Neal, who heads the powerful US House of Representatives Ways and Means Committee.

This follows a warning from US House Speaker Nancy Pelosi that Congress will not back a free trade deal with the UK if the government persists with ‘deeply concerning’ plans to “unilaterally reject” the protocol.

In a forceful intervention, Ms Pelosi urged the UK and EU to continue negotiations on post-Brexit trade deals to keep peace in the region.

The Congresswoman said in a statement: “The Good Friday Agreements are the bedrock of peace in Northern Ireland and a beacon of hope for the whole world.

“Ensuring that no physical borders remain between the Republic of Ireland and Northern Ireland is absolutely necessary to enforce this historic agreement, which has transformed Northern Ireland.

“It is deeply concerning that the UK is now seeking to unilaterally reject the Northern Ireland Protocol, which preserves the important progress and stability forged by the agreements.”

The latest controversy was sparked by Ms Truss’ announcement on Tuesday that the UK intends to legislate to overturn parts of the Brexit withdrawal treaty it concluded with the EU.

The Foreign Secretary told the Commons the move was needed to cut ‘unnecessary bureaucracy’ and to protect the Good Friday Agreement, arguing the EU proposals ‘would revert to where we are’.

The ongoing row over the treaty has created a stalemate in efforts to form a devolved government administration in Belfast, with the Democratic Unionist Party (DUP) refusing to join an executive unless its concerns about the situation are addressed.

Ms Pelosi’s intervention was met with contempt by former Brexit minister Lord Frost, who called the statement “ignorant” of “realities in Northern Ireland”.

“There are no plans to put in place a physical border,” he told the BBC.

“Nobody ever suggested that, so I don’t know why she suggests that in her statement.”

Ms Pelosi is not the only figure in Washington to have expressed concern over UK-EU relations in recent days.

Derek Chollet, senior adviser to US Secretary of State Antony Blinken, said on Friday that a “big fight” between the UK and the EU was the “last thing” the US wanted.

Mr Neal told the Guardian that part of his job was to convince the UK not to breach the Brexit treaty.

“They haven’t broken it yet. They talk about violating it, so part of my job is to convince them not to violate it,” he said.

“I want to remind everyone in the UK, in Northern Ireland, that this should not be treated as a cavalier achievement.”

Irish Prime Minister Micheal Martin said on Friday there was “no substitute” for substantive negotiations between the UK government and the EU to resolve protocol difficulties.

The Taoiseach also said an Assembly and Executive should be formed at Stormont while these negotiations continue, and accused the UK of “moving the goalposts” on its approach to the protocol.