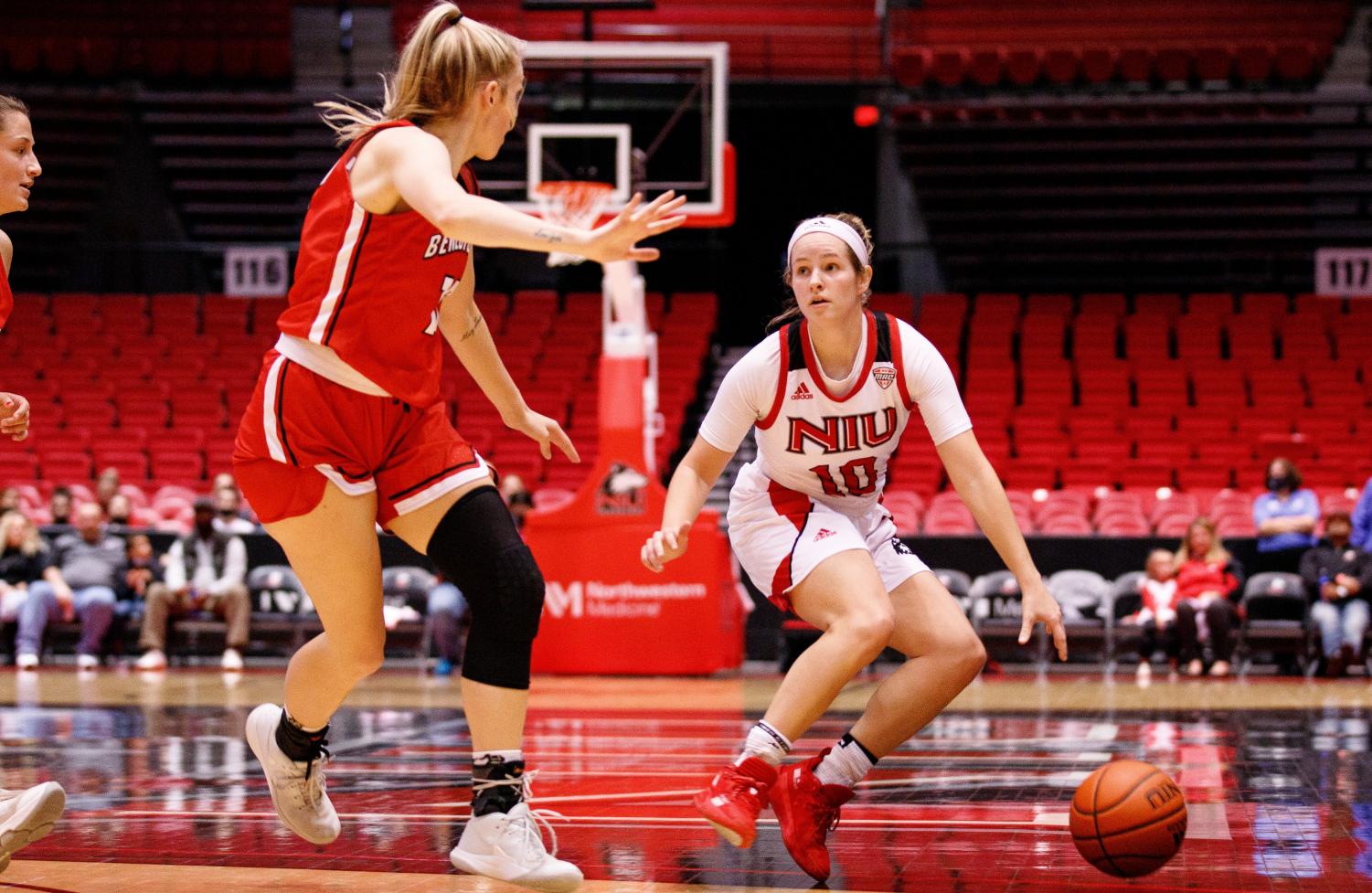 Junior guard Chelby Koker possesses the ball during an exhibition Oct. 29 against Benedictine University at the Convocation Center. Koker scored

“Chelby was really good today, especially in the second half” carlsen said. “She let the game come to her and did a good job of penetrating and passing the ball to open shooters. We’ve always said we need the ball in Chelby’s hands and trust her to make the right decisions, and she did.

The Panthers had a huge ball movement in the first quarter, which created good opportunities around the basket. EIU shot 61 percent from the field and scored 16 points in the paint but didn’t deter the Huskies’ offensive attack.

Koker began to get into a rhythm in the second quarter, scoring six points as EIU continued to dominate the paint. The Huskies entered halftime down 46-32.

Poisson and Koker began to surge in the fourth quarter, with the two guards combining for 20 points. Poisson hit three 3-point shots, including one that made it 75-69 with 2:51 left. Koker recorded two free throws with 2:11 remaining to make it a three-point game. After NIU finally made it a one-possession play, the Panthers responded by continuing to score in the paint.

The Huskies’ efforts ultimately failed as they lost 87-81 despite a productive second-half performance that saw them score 49 points.

The Huskies stay on the road as they play at 2 p.m. Dec. 12 in Des Moines, Iowa, taking on the Drake University Bulldogs. The game will be available to watch on ESPN+.