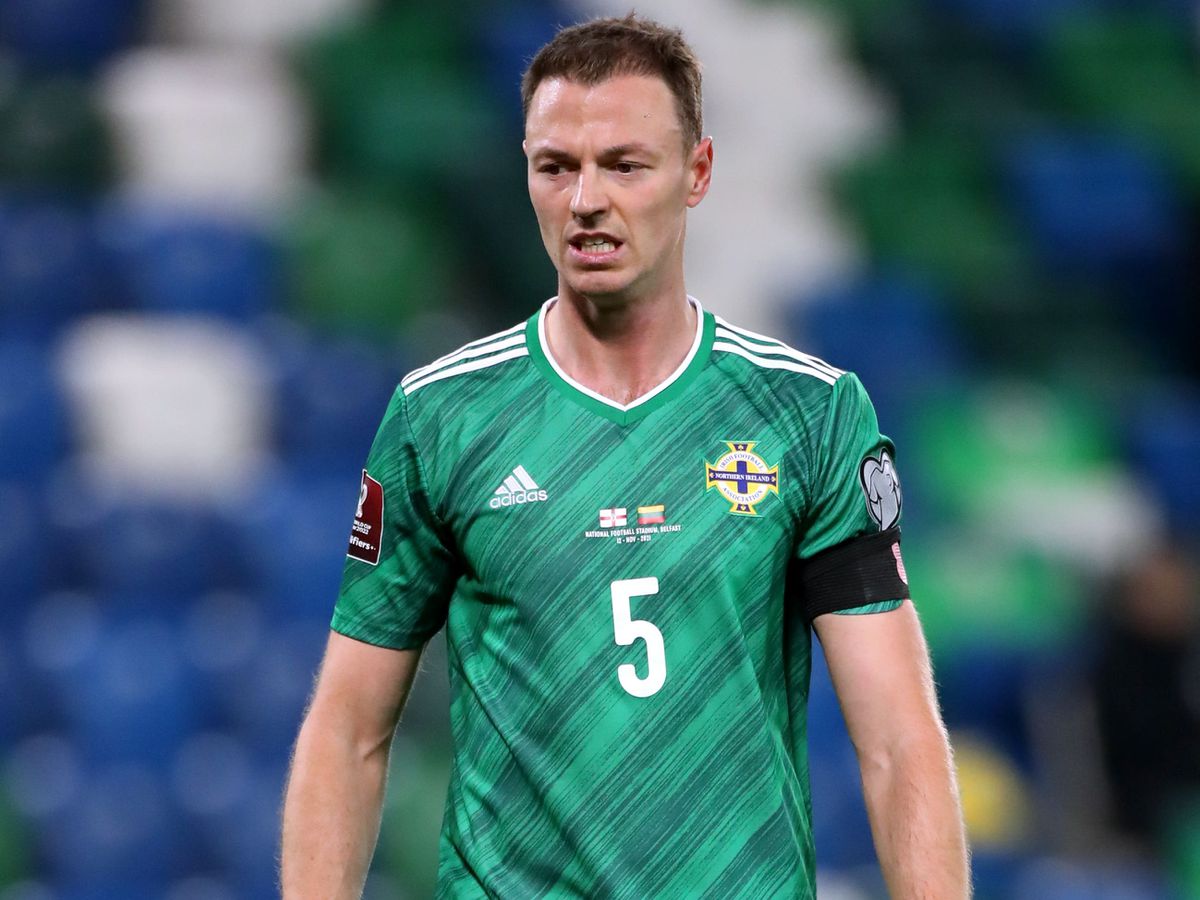 Jonny Evans insists Ian Baraclough still has the backing of the Northern Ireland dressing room as attention turns to next year’s Euro 2024 qualifying campaign after a dismal run in the League of Nations nations.

Tuesday’s 3-1 loss to Greece will have implications next year; although Northern Ireland have avoided the threat of relegation, with just one win from six they will drop further down the table and face the prospect of a more daunting draw.

After the game in Athens, Baraclough heard boos as he went to cheer on the away supporters, with isolated chants of “We want Bara out”, but although the game fell far short of how Evans wanted to mark his 100th selection, he thinks the team is still moving in the right direction.

“Definitely,” said the Leicester defender when asked if the players backed the manager. “I think he is improving every time, I think you could see how we defended (against Greece).

“We wanted to try to hit them on the counter-attack away and it was working well apart from two errors which led to their first two goals.

“I think the six games were tough (across the Nations League).

“We’ve already talked about the players who were missing from the summer games and I think those games, it was a great night against Kosovo winning (2-1 in Belfast on Saturday), with everyone back in the game. team, I think you could see a difference.

Evans has had many ups and downs since his debut 16 years ago, and said Baraclough had led Northern Ireland through a tough rebuilding phase.

“We had a big turnaround of players,” he said. “The summer month was tough, losing key players at that time, having Stuart Dallas out of the squad.

“You can see that Ian brings in a lot of young players, trusting them a lot. We have a lot of good young players coming in and hopefully they can gain experience from that.

But there’s no denying the frustration of many away at the final whistle – something Evans could understand given Northern Ireland’s failure to win any of their four games in June – there. including home and away matches against the Cyprus Basement Boys.

“You feel like you’ve let the fans down, especially at home games,” he said. “I felt disappointed for the fans. It’s amazing how many fans came to Greece.

“We are not trying to win the group and they are always there to support us until the end. You have this sadness and disappointment for them.

Evans’ disappointment at the final whistle was such that he forgot all about his historic cap, swapping shirts with a Greek player and walking past his own family before remembering to pick them up.

The result wasn’t the only thing to leave a sour taste. Although the majority of the Greek fans were welcoming, a small number threw objects, including bottles, at Bailey Peacock-Farrell’s goal in the second half – a matter that should be addressed by UEFA once once the referee’s report has been sent.

“I was disappointed with the amount of objects thrown onto the field,” Evans said. “It’s my 100th cap now and I’ve been in hostile atmospheres but I’ve never seen that personally.

“I don’t think it’s fair, especially for Bailey in the second half having to put up with this and deal with this. You could be hit at any time.

“There were also times with corners where you felt like you could get hit by something. The players here seem to know how to go about it. Maybe that’s normal, I don’t know.