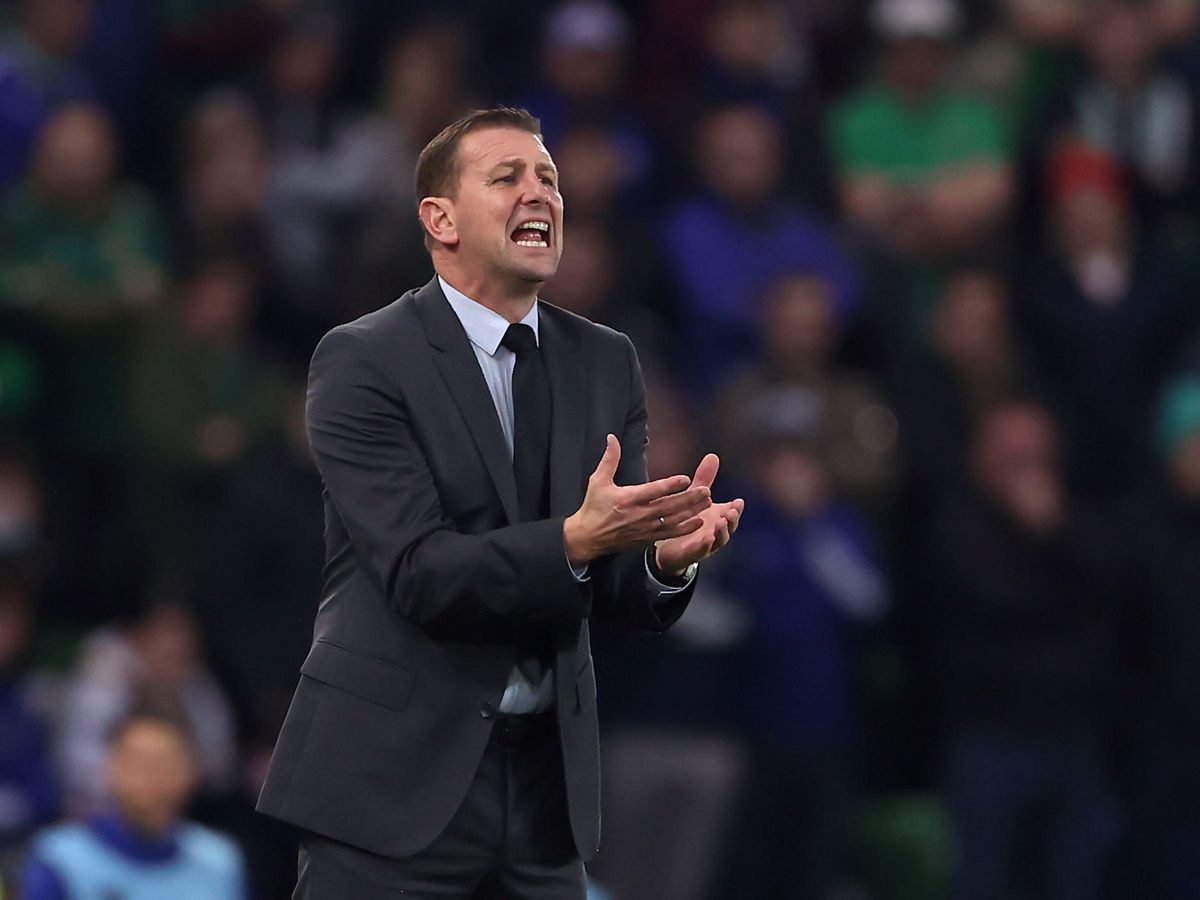 Ian Baraclough has insisted he and his players can handle the heat as Northern Ireland’s Nations League form remains under scrutiny.

Thursday’s 1-0 home loss to Greece means Northern Ireland remain winless after 11 games in this competition, losing nine, something they must look to change in the high temperatures of Larnaca when they face Cyprus Sunday.

Starting a third consecutive Nations League campaign with a defeat leaves Northern Ireland already having to play catch-up in their bid to escape League C and earn a chance at a Euro qualifying play-off, but Baraclough ignored a question about pressure.

“That’s why they are here,” he said. “They can handle the pressure. They have it all the time in club football. Whether you are a player, coach, manager, you face it. This is what you expect, otherwise you are in the wrong game…

“There is pressure every game… We know we are in the game to win games.

“The fans come first, they pay their hard earned money and when you travel to see your team play you want to see performances and myself, the players and the coaching staff know what our responsibilities are.

“If we get the process right and do the things we know we’re good at, I’m sure it will come.”

The Nations League itself has been thrown into question again in recent days as the idea of ​​locking down four competitive internationals at the end of an already long season has drawn criticism from several players.

UEFA designed the competition to replace the bulk of unpopular friendlies, but Kevin De Bruyne expressed the thoughts of many when he said those games were simply ‘glorified friendlies’ which haven’t changed much .

Even so, the manager insisted he remains a fan of the competition.

“There’s something on it,” he said. “I’m not on the ‘glorified friendlies’ side. If we have a chance to reach the Euro play-offs, we do our best to give ourselves this opportunity…

“I pick from around 50 players now, whereas when I took over and when Michael (O’Neill) was in charge, it probably wasn’t that big a deal.

“It’s about giving us this competition and knowing that the players are capable and ready to step up. You have to give them experience and see them in that situation and how they react in that situation.

“How do young players deal with disappointment and how do they react within the group? Unless you give them that experience, you won’t know.

Baraclough blamed rust for Northern Ireland’s slow start to Belfast on Thursday, and the heat in Cyprus, which is expected to be just below 30 degrees, is unlikely to be helped by the lack of fitness of the players who have had several weeks between competitive matches. -off at 7 p.m. local time.

Northern Ireland have pushed back their training session on Saturday to the same time slot in a bid to reflect expected conditions, but there is little they can do to acclimatize after several days in Belfast.

“I don’t like (the heat),” Jonny Evans said. “We have all experienced this in the past and I hope we can benefit from this experience.

“Water breaks will be a good thing to have during the game, but in those moments you have to use your experience to slow the game down at the right time and use the intensity at the right time.”