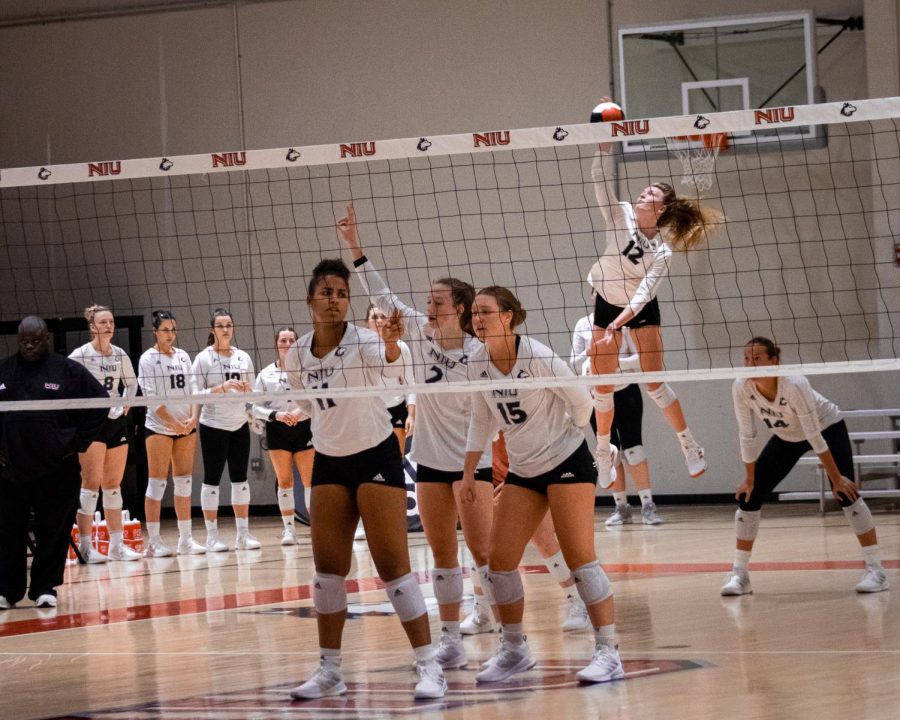 Editor’s note: This story is the first in a two-part series featuring NIU volleyball’s latest transfers, Emily Dykes and Sammi Lockwood. The Lockwood feature will be released on September 18.

It can be said that adapting to a new team and having immediate production as a student-athlete is not an easy task. Emily Dykes, NIU volleyball’s junior right side hitter, accomplished this in the span of one offseason.

Dykes joined the Huskies ahead of the 2022 spring semester, making her one of NIU’s first arrivals in 2022. She transferred to NIU after playing two seasons at Radford University, a public school in Radford , Virginia.

“She (Byers) helped me get recruited for my transfer,” Dykes said. “She actually knows Ray. So she put Ray in touch with me.

Asked about the connection between Byers and Gooden, Dykes had a simple answer:

A leap of faith

“It was actually a very difficult decision for me to make on my transfer,” Dykes said. “In the spring, it is much more difficult to be recruited. It’s literally a month and a half you have to be recruited into a new school.

Gooden explained that the first interactions with Dykes took place at the end of the 2021 season. Talks progressed quickly during the winter break. Dykes enrolled at NIU and arrived in time to start classes in the spring.

“For her to take a leap of faith like that says a lot about her,” Gooden said. “It’s been a huge advantage for us, not just on the pitch but off the pitch.”

The decision to start at NIU in the spring semester paid off. Dykes was named to the NIU College of Business Deans List for Spring 2022. She was also one of 64 female student-athletes to achieve a 4.0 GPA during that same term.

One of the major adjustments Dykes had to make was adjusting to a new team about 950 miles from home.

“At Radford I could go home for a weekend,” Dykes said. “But here I don’t really have that option because it’s at 2 p.m..”

Since arriving at DeKalb, Dykes has sought to assert his role at a new school with a new roster of teammates.

“In my old team I was very looked down upon,” Dykes said. “Coming here as a member of the upper class, I feel like I should make my place as a leader known.”

Dykes said interacting with his new teammates has been a positive experience.

“They’re great fun,” Dykes said. “They are all really unique and different in their own way. I really like it here.”

One game was enough for Dykes to start making an impact on the Huskies. She made her debut in NIU’s match with the New Jersey Institute of Technology to open the Huskie Invitational on August 26. The match featured an impressive serving performance from Dykes. She had five service aces in the match. Four of them came in back-to-back service attempts.

“It’s actually the best I’ve served in a very long time,” Dykes said after the game. “The four aces in a row?” Mad.”

The final box score saw Dykes finish with his five aces, nine kills and four blocks. She led the Huskies in aces and blocks in the game. His nine kills were just behind senior outside hitter Katie Jablonski’s 17 kills.

Strength in the forefront

“We knew she had the ability to end,” Gooden said. “It kind of worked when we got her in the spring to put her on the right side and it’s been great.”

Gooden said Dykes has diversity in her style of play. She has the ability to execute multi-tempo attacks across all areas of the court. He also noted his progress during the rest period.

“She worked a lot in the offseason on her full game,” Gooden said. “These things make it harder for her to get off the ground than to stay there.”

Dykes and Lockwood: united by change

After flying solo in the spring, Dykes was joined by another incoming transfer, junior middle tackle Sammi Lockwood, over the summer.

Lockwood joined NIU after three seasons with the University of Notre Dame Fighting Irish. 2022 marks the first season at NIU for both players. That being said, it’s no surprise that the two live together. 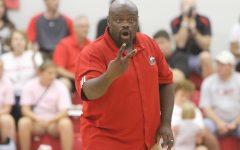 That she takes a leap of faith like that says a lot about her.

“It was helpful that she transferred late to college as well,” Lockwood said. “She kind of went through the same thing almost alone in the spring.”

The bond between Dykes and Lockwood translates on the pitch, with both currently in NIU’s starting lineup.

“Even if we didn’t live together, we could still play well together because we trust each other on the court,” Lockwood said.

The duo’s game chemistry helped them take second and third place in NIU’s elimination rankings. Lockwood is second with 77 kills. Dykes is five eliminations behind with 72.

With eight games now on the books, Dykes will continue to help the Huskies in their quest for a spot in the Mid-American Conference Tournament in November.