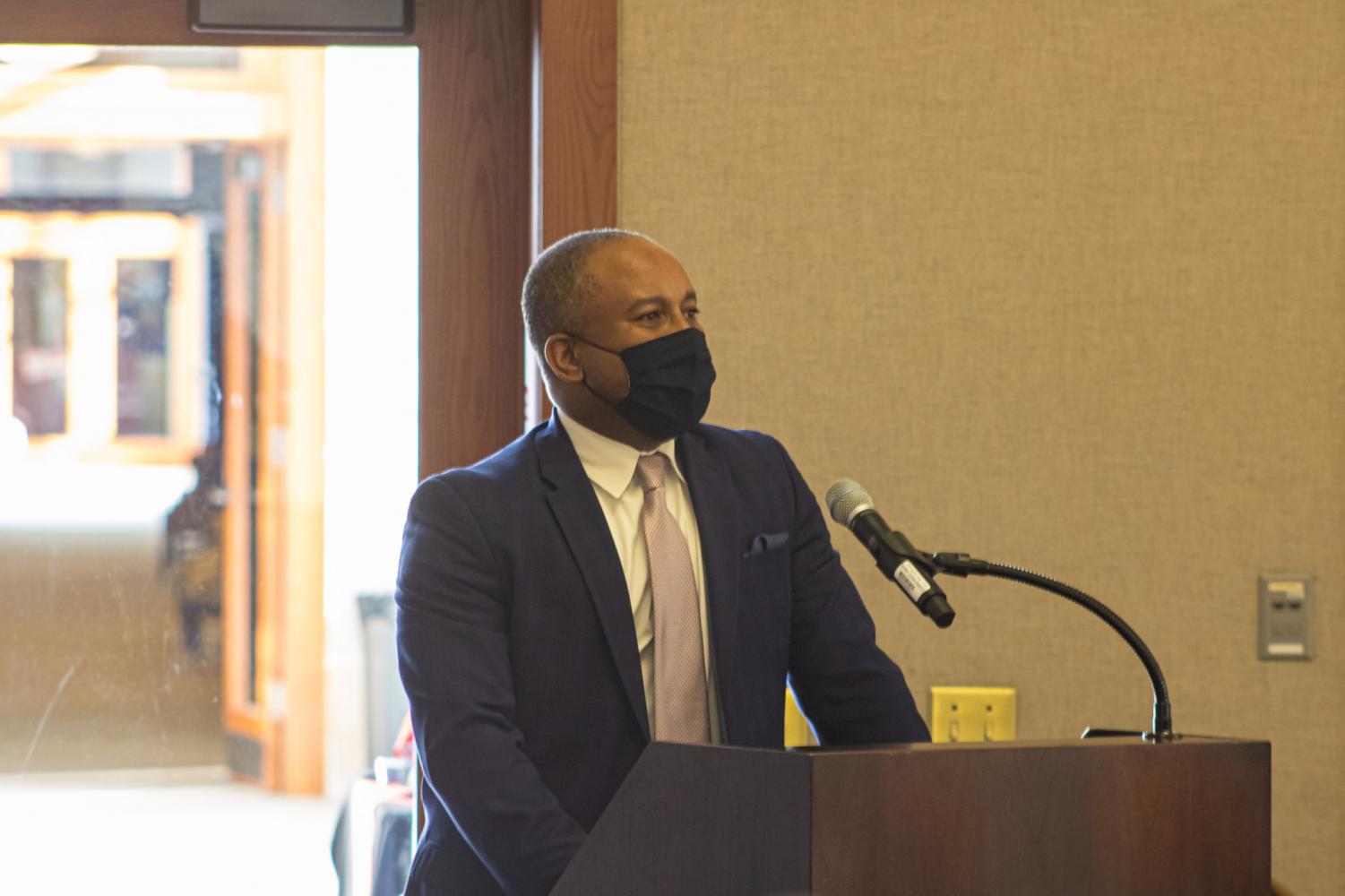 NIU Chief of Police candidate Roderick Robinson wants students to have a relationship with the police department and develop trust.

FromKALB –Roderick Robinson, a 26-year veteran of the Chicago Police Department, plans to prioritize community engagement if selected as NIU’s next police chief.

The Chicago Police Commander helped reduce the crime rate in Englewood by 12% while working as District Commander of Chicago’s 7th District. Robinson hopes to apply similar tactics to reduce crime at the NIU.

“It’s a proven fact that you can’t stop to get out of trouble,” Robinson said. “But I believe that with the positive engagement of officers working with the community, we can have that effect and make it a safer environment and a real learning environment.”

Robinson said he wanted to give students a voice and hear their concerns. Robinson also wants to prioritize setting a consistent date for students to have conversations with the NIU Police Department. He wants NIU students to trust the NIU Police Department. Robinson said this can be achieved through daily conversations or planned activities like karaoke or pizza with the police.

With off-campus neighborhoods such as Greek Row on Hillcrest considered by residents to have more crime in DeKalb, Robinson said he works with other police departments in the area such as DeKalb Police, the Chicago Police and Illinois State Police.

“We want to make sure that every area and community around this campus is also monitored,” Robinson said.

Robinson wants to make sure needs are assessed, that way there can be a solution to the problem both on and off campus.

NIU Police are phasing out blue light emergency call boxes and they are being replaced by the NIU Safe app. With the NIU Safe app having lower downloads than student sign-ups, Robinson wants to assess what works and what doesn’t.

“We want to build on the successes,” Robinson said. “We want to take them to another level when it comes to safety and the environment.”

Diversity within the police

Robinson said there was a need to diversify the police department to better reflect NIU students.

“I wanted everyone to feel comfortable and have a voice,” Robinson said. “Having that voice is being comfortable talking to the officer. So if it makes it more comfortable for a Hispanic officer to talk to a Hispanic resident, and that’s what I wanted.

Robinson recruited a diverse police force to Englewood when there was an influx of Hispanic and white residents into the district. Robinson is confident he can work to eventually diversify the police workforce.

“Once we have our officers here and retain our best officers, train them, provide them with the resources they need to be the best they can be for our campus and our community, it will have a dramatic effect on our recruiting,” Robinson said. .

Another candidate still to be presented

There will be another Open Forum this week with the remaining finalist, John Vinson, Director of Strategic Planning and Accreditation at Indiana University. Vinson’s Open Forum is scheduled for 1 p.m. Thursday in Altgeld Hall, room 315.