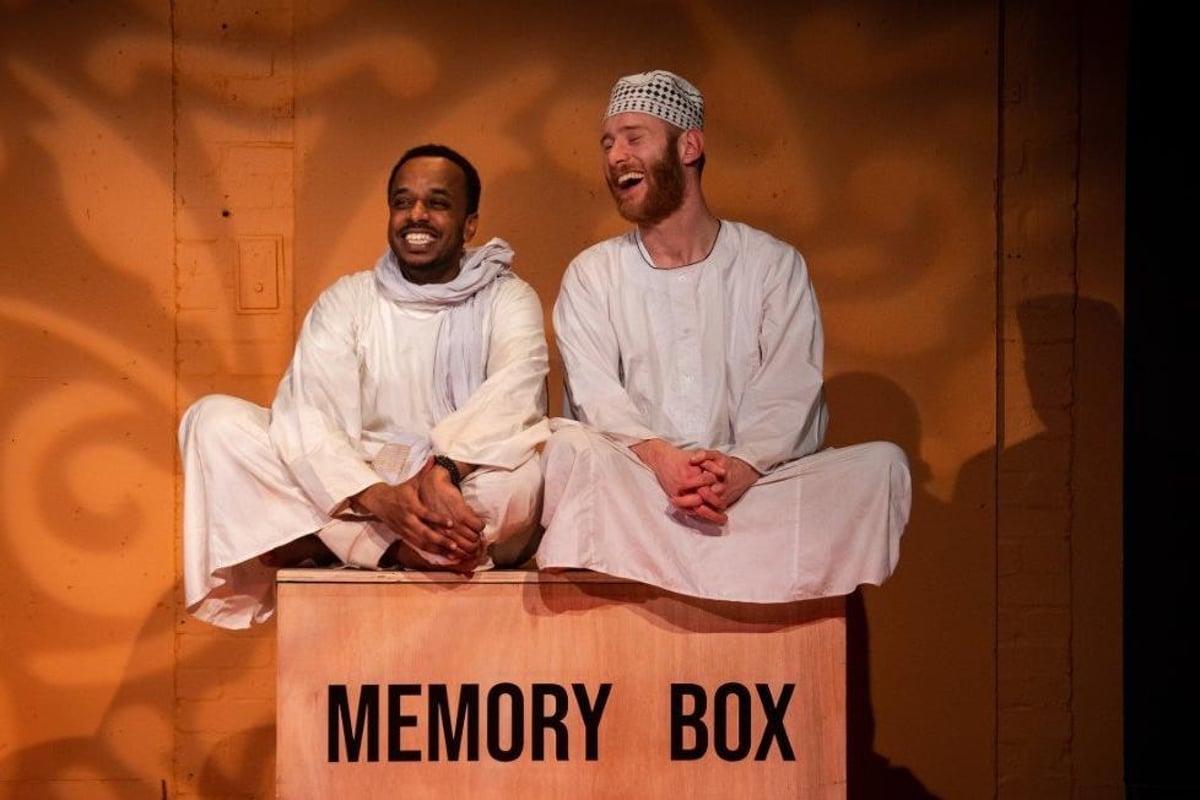 Patricia, saw the play in London in March and was determined to bring it to Northern Ireland. She reached out to PSYCHEdelight founder and play director Sophie Bertrand Besse and the duo worked together to make it happen with support from the Community Relations Council, Derry City and Strabane District Council and the Arts Council of Northern Ireland.

Sophie said the aim of the piece was to address the trauma of long-term exile and to re-humanize people and places. “Behind every refugee and war zone, there is a person and a home. With Mohand & Peter, we aim to celebrate them.

Mohand & Peter tells the true story of a London-based Sudanese refugee who yearns to return to his homeland to see his friends and family. Despite the serious theme, it is full of humor, physical theater and suitable for adults, families and young people.

PSYCHEdelight Theater hosted artistic workshops in the famous jungle refugee camp in Calais throughout 2015-2016. Sophie has witnessed among the refugees a desire for comedy as a way to contrast and express their tragedy.

The play features true friends Mohand Hasb Alrosol Abdalrahem from Sudan and Peter Pearson from Newcastle upon Tyne. Mohand, a Sudanese refugee, misses his home and his family, so he takes Peter and the audience on a wonderful journey to his homeland.

The performances will be followed by questions and answers with the actors and the director. The company will also host Together workshops which will provide a space for refugees and host communities to mingle, socialize and have fun. These workshops are held regularly at the Southwark Playhouse and the Park Theater in London.

Patricia said her interest in the refugee situation stems from her experience as a child of Irish immigrants growing up in London in a multicultural immigrant and working-class neighborhood.

“My parents often felt discriminated against, they remembered the signs that said ‘no blacks, no Irish, no dogs’. I have always strived to promote multicultural work through Sole Purpose Productions.

Ballet with a modern twist comes to GOH

Patricia Lavery, Head of Community Arts and Education, Arts Council of Northern Ireland, added: “The Arts Council of Northern Ireland is proud to support Sole Purpose in collaboration with PSYCHEdelight Theater with this latest production which demonstrates the power of using the arts to shine an light and create open discussion around difficult and important topics. Congratulation to all participants.

Sole Purpose has been working with refugees and asylum seekers for six years running language theater workshops and running conversation cafes in Derry, bringing refugees and locals together.

Mohand & Peter will be presented at the Duncairn Arts Center in Belfast on September 20 and 21 and at the Pilots Row Community Center in Derry on September 23 and 24. Tickets £10. The performance on Friday, September 23 will be a free special event for Culture Night. Free tickets will be available for refugees and asylum seekers.