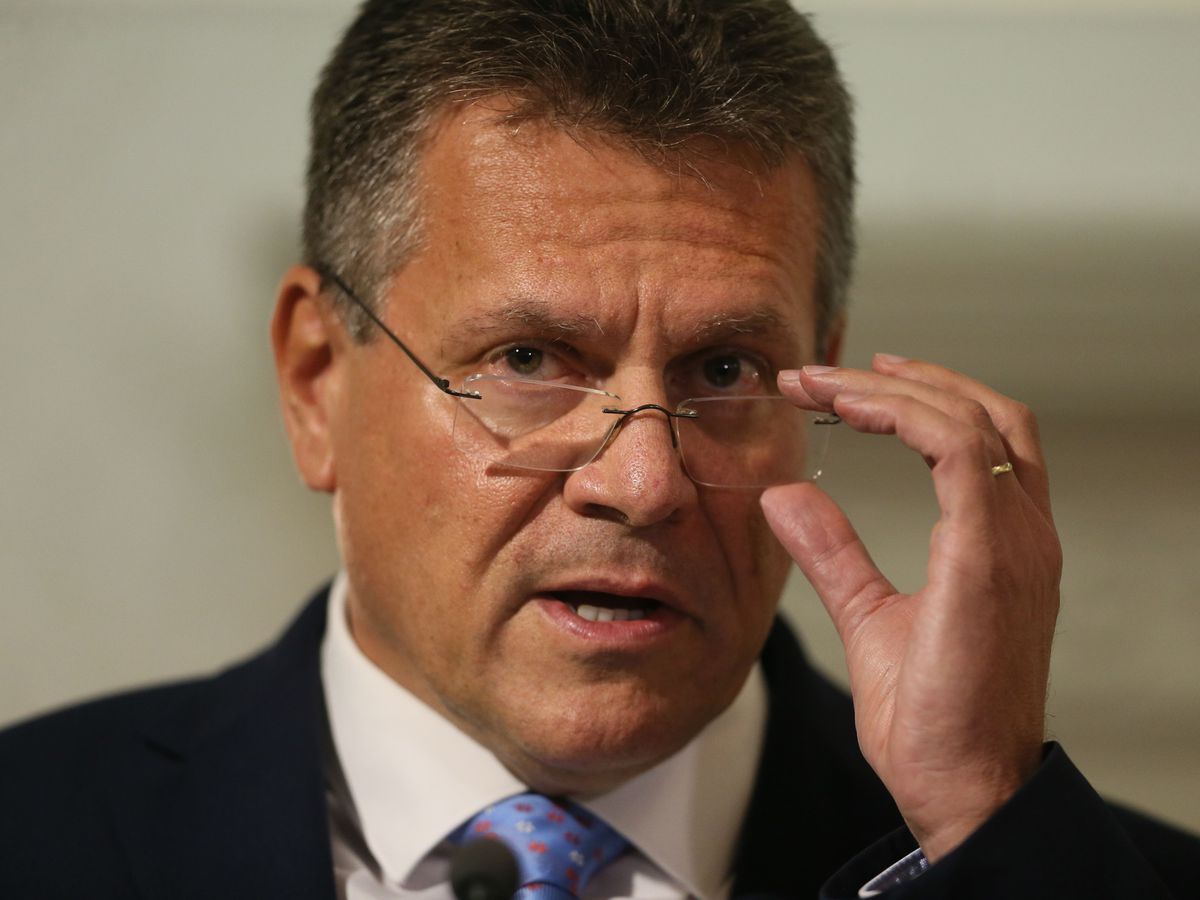 Cleverly and Sefcovic to chat amid dispute over Northern Ireland protocol

The Foreign Secretary will hold his first call later with Maros Sefcovic, amid an ongoing row over post-Brexit arrangements in Northern Ireland.

The European Commission Vice-President, who led EU-UK talks on the Northern Ireland Protocol, is due to speak with James Cleverly around lunchtime.

Relations between London and Brussels remain at rock bottom, after the government angered the EU with plans to tear up swaths of the protocol in a bid to address the concerns of Northern Ireland trade unionists.

Despite the May election, there is currently no power-sharing executive in Northern Ireland after the DUP removed its premier from the ruling executive in February in protest at the economic border created in the sea. Ireland by protocol.

It was Liz Truss, as Foreign Secretary, who introduced legislation that effectively tears up parts of the deal, worsening relations with the EU.

Nonetheless, both sides have insisted that a negotiated outcome is the preferred option in the hope that some form of compromise can be reached.

In an interview with BBC Northern Ireland on Thursday, Ms Truss said the government remained open to a “negotiated settlement”, but insisted the situation could not be “left to drift”.