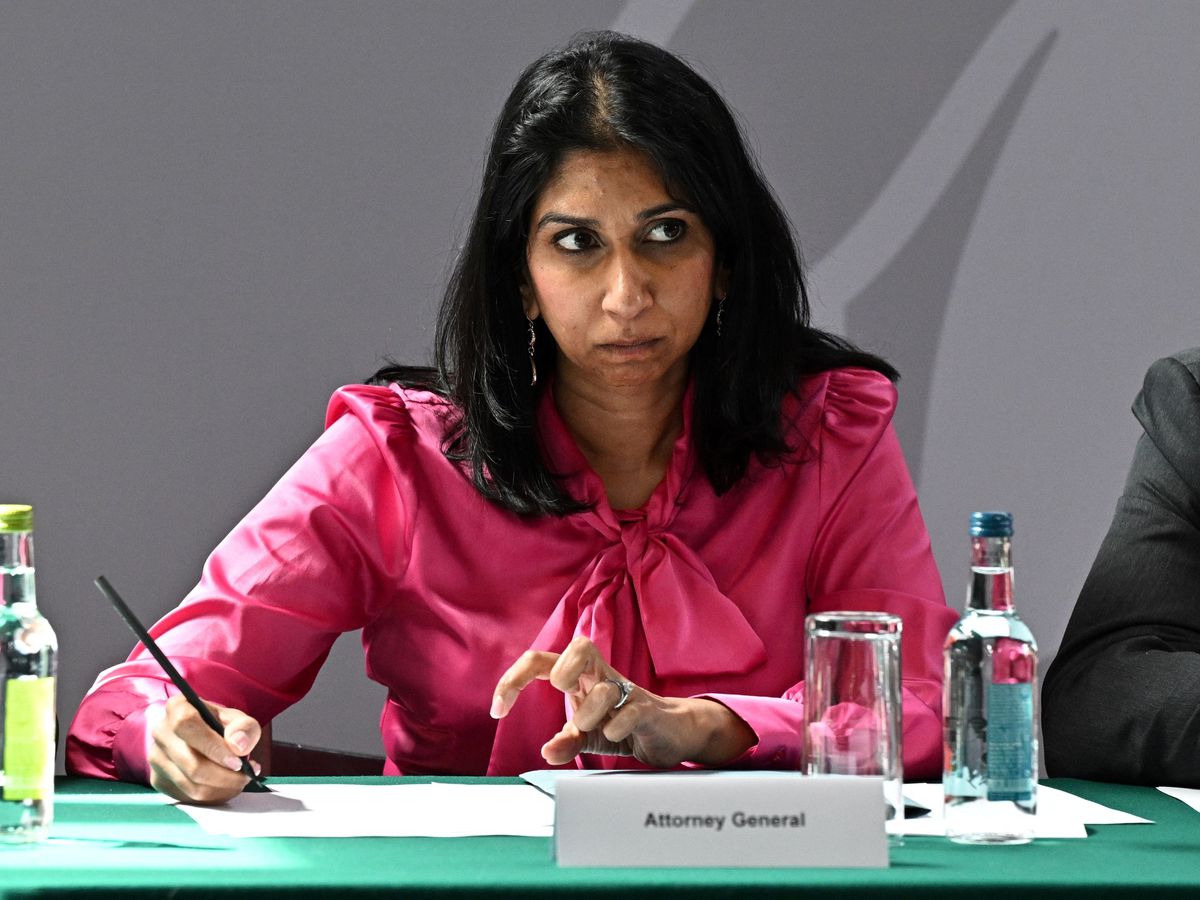 Action on the Northern Ireland protocol is “painfully, apparently necessary”, the attorney general said in a major hint that the government would roll back parts of the post-Brexit deal.

Suella Braverman, the government’s chief legal adviser, did not deny reports that she approved the scrapping of large parts of the deal with emergency legislation.

European leaders have warned the UK not to take an inflammatory move, fearing it could spark a trade war with Britain’s biggest trading partner.

Ministers have increasingly hinted they could take unilateral action, with Boris Johnson saying the Good Friday Agreement is more important than the protocol he has signed up to.

The Prime Minister said a new executive in Northern Ireland could not be formed under the rules set out in the 1998 peace accord without changes to the protocol.

The Democratic Unionist Party refuses to enter a power-sharing administration without significant changes to the protocol designed to prevent a hard border with the Republic.

Ms Braverman did not deny the Times report that she said it would be legal to override the protocol because its implementation by the EU is “disproportionate and unreasonable”.

She told BBC Question Time that she could not comment due to conventions binding government judicial officers, but suggested unilateral action might be needed.

“It doesn’t make sense, and therefore I think it’s right that we act.

“If this actually goes ahead – because there’s still a decision to be made, I have to be clear, and it’s a decision of the government, of the Cabinet.

“Take steps to try and restore the place of the Good Friday Agreement so that both communities feel part of Northern Ireland and that east-west connections are preserved just as strongly as north-south…this action becomes painfully, seemingly necessary. ”

Sir Jonathan Jones QC, who resigned as head of the government’s legal department in 2020 following a previous attempt to override protocol, warned the move could breach international law.

He told BBC Radio 4’s PM programme: “If it’s been proposed now it’s seriously problematic, and it looks like a repeat of what happened two years ago when the government was proposing to breach international law.

“We know the EU will be very upset if this happens and I think it’s understandable that they would be, because it would be a unilateral act and it would very seriously damage the relationship that we will continue to need with the EU. EU after Brexit.

Meanwhile Lord Frost, the architect of the 2019 Withdrawal Agreement which included the protocol, was pushing for Mr Johnson to tear up the Northern Ireland deal despite the risks of a trade war with the EU.

He used his Daily Telegraph column to say ministers had ‘no choice but to act unilaterally to scrap all or part of the protocol’.

“We can, of course, face retaliation from the EU, even if it would be disproportionate to the trade involved, only arguably legal and entirely doomed to fail,” he wrote.