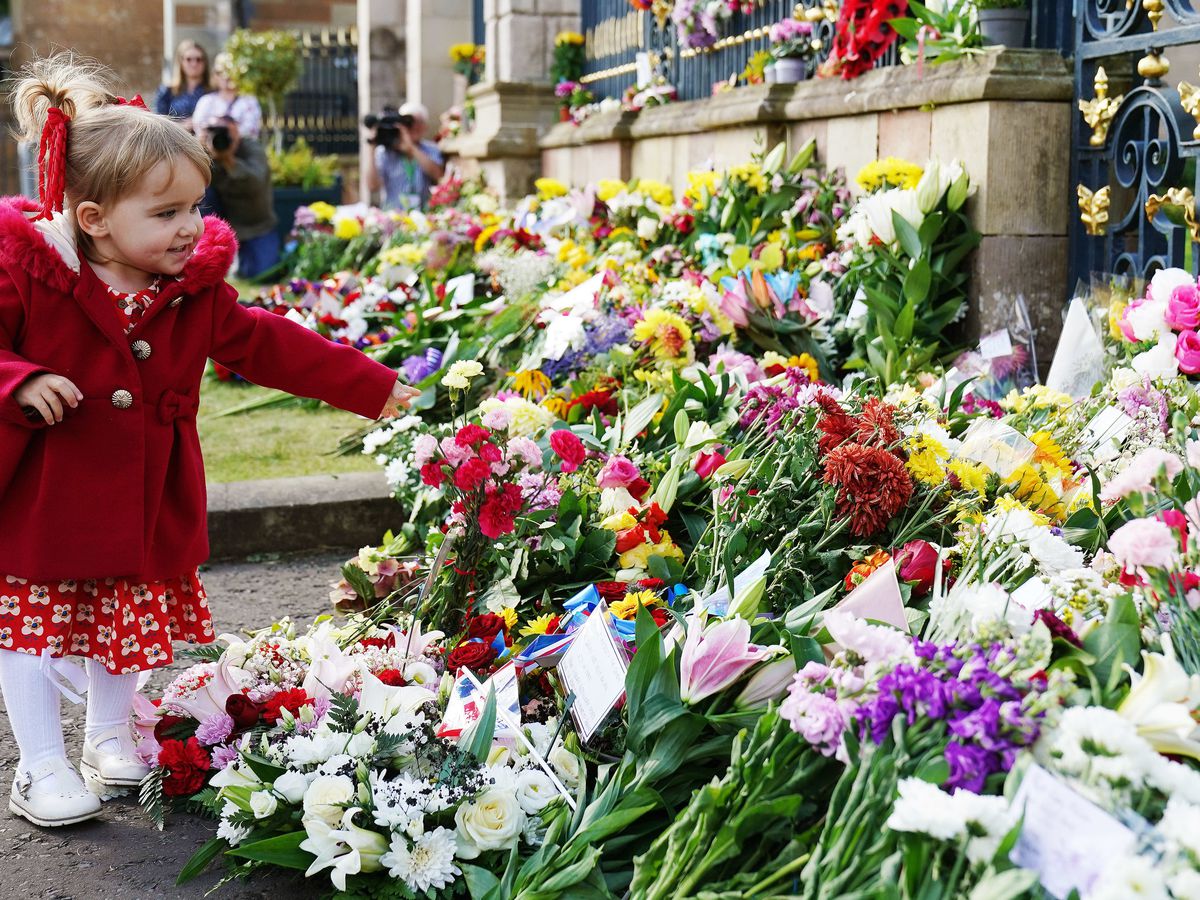 On a normal Saturday, Hillsborough Castle could attract a trickle of visitors.

However, it was anything but a normal Saturday as the village of Co Down became the center of the outpouring of grief in Northern Ireland over the Queen’s death, along with a steady stream of well wishes for the king.

A massive security operation was underway before most people woke up, with police closing roads, erecting barriers and cones and carrying out security sweeps ahead of ceremonial activities at the famous castle, home of the royal family in Northern Ireland.

The scale of the operation was noticeable even to locals who had grown accustomed to royal visits.

The village’s association with the monarchy runs so deep that last year it was renamed Royal Hillsborough, the first place in Northern Ireland to receive this title.

Letters had been left on the doorsteps of heads of families in the village, telling them to be prepared for a large number of visitors, as well as an unprecedented media operation.

The letter said Royal Hillsborough would become ‘the focal point for the period of national mourning’.

Residents were also warned to watch out for their pets in anticipation of gun salutes.

On Saturday morning, a 21-gun salute rang out inside the castle grounds as King Charles was proclaimed the new monarch.

Hundreds of people had gathered outside the front doors, a lone piper played the national anthem and children and adults laid flowers in front of the towering railings.

On Thursday evening it had rained as a small number of floral tributes were laid immediately after news of the Queen’s death was announced.

On Saturday afternoon, under a radiant sun, hundreds of bouquets carpeted the lawn in front of the castle.

The public is encouraged to visit, but has been warned of significant restrictions.

A one-way traffic system is in place and people are encouraged not to bring their cars into the village.

A constant line of double-decker shuttles brought visitors between Hillsborough and the Eikon Center to the former Maze site a few miles from the village.

Visitors to the castle must go through airport-style security checks to gain access to the public area.

Among those who made it to the castle was Janice Wallace of Annahilt.

She said: “I just wanted to come and pay my respects to the Queen.

“She has been a constant in our lives.

“I was very shocked by his death.

“She was very fragile but we were all shocked when we found out she had passed away.”

Coaches and young players from the Lisburn Distillery Football Academy were also on the doorstep.

Coach Roy Daniels said: “It’s a sad, sad time for all of us.

“The Queen meant a lot to the club.

“We know she loved her sport.

“Now is a time for all of us to pay our respects and give her a little something back for all she has done for the country.

“She’s been my queen since I was born.”